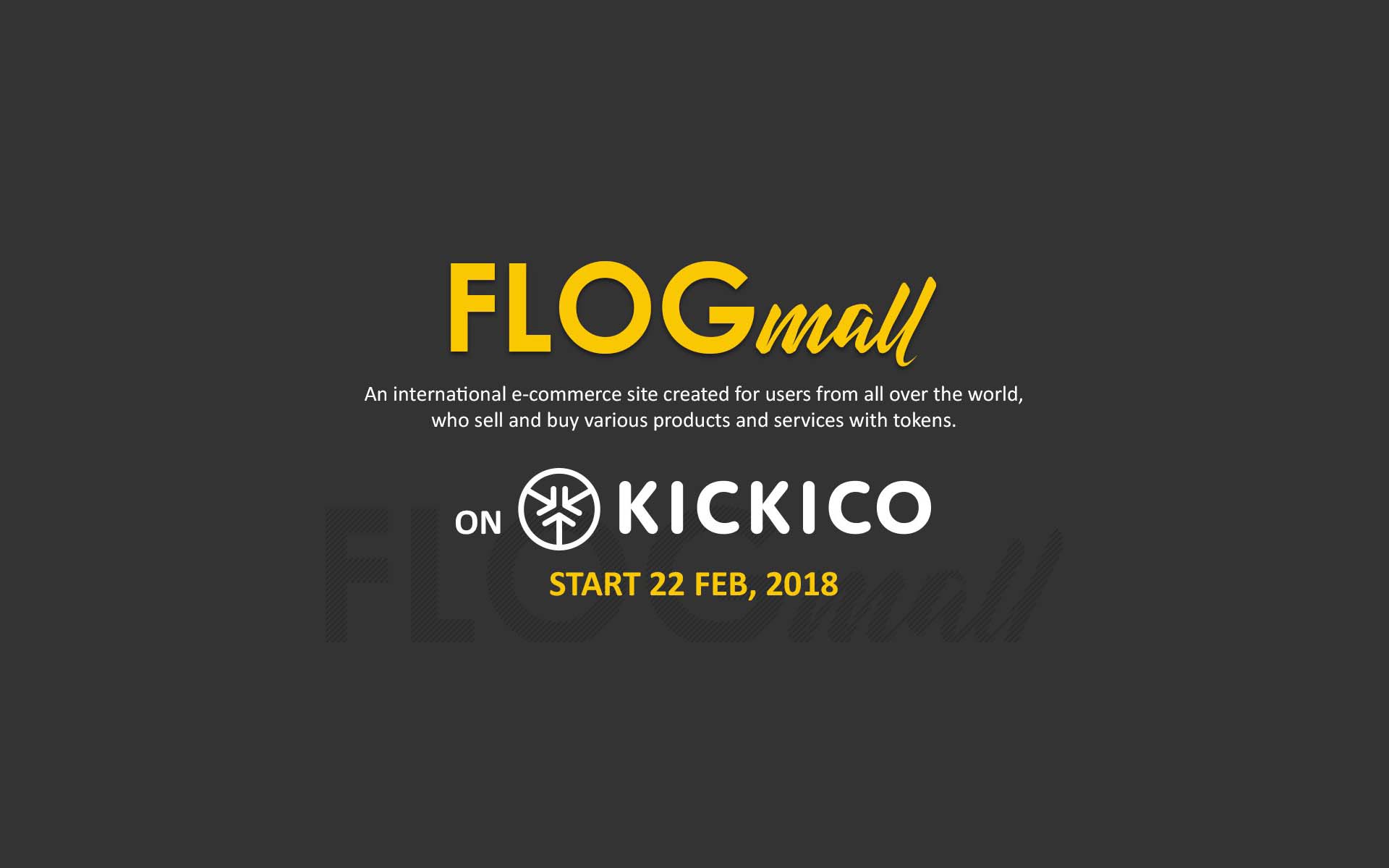 With Unique Hedge Feature for Investors, FLOGmall Launches ICO on KICKICO on February 22

MOSCOW – FLOGmall has announced that its first public offering of tokens will take place February 22 – March 8 and that it will be launched on the KICKICO platform. The FLOGmall project is highly innovative in terms of hedging risk for investors. It has a built-in, automatic token exchange service, called ATES, with the primary task of hedging.

FLOGmail is the world’s first online platform for buyers and sellers using cryptocurrency. At FLOGmall, one can find stores in a new, unique format –  the LiveStore, a collection of video content and blogs about sellers, stores, goods, and services.

KICKICO’s platform is an online blockchain technology-based platform which provides its users with online fundraising tools that operate through decentralized blockchain technology and smart contracts. Bringing DAO into the ICO landscape, KICKICO recently announced the launch of Community Choice, an ambitious new function that will give the crypto community the ability to vet, rate, and filter the ICO space and to determine which ICOs are worth launching.

For investors, the most important feature of the launch is ATES, an analog to an internal exchange with the most profitable rate for ICO participants. On FLOGmall, participants can buy and sell using any cryptocurrency; however, paid services for sellers can be purchased with Mallcoin (MLC) tokens only. When purchasing them at the pre-ICO and ICO stages, the early token-holders receive a discount. The possible benefits, ranging from 200% to 300%, are obtained when MLC tokens are exchanged for any cryptocurrency the holder chooses.

The ATES system kicks in with FLOGmall’s launch. Holders “exhibit” their tokens on an exchange and determine their cost. The price is not expected to be lower than that of the original purchase. On the service itself, the official MLC rate will be specified. At the initial stage, it will equal 0.0001 ETH, which will be two times greater than the cost of tokens at the ICO stage.

A user who wants to use the paid services of the website, but has not bought tokens during these stages, will need to buy MLC tokens either from the website at the official exchange-rate value or from the early holders for the price the holders themselves set.

The MLC will eventually be listed on the exchange like other tokens. The rate, according to the standard scenario, will rise or fall. In one case, the tokens “reach” the price determined by ATES, which is 0.0001 ETH, and the system will automatically “catch” the profitable price and will continue to increase it inside the website along with the exchange rate.

In the opposite situation, when the MLC price on the exchange declines, ATES will “delay” it at the minimum level set by the website (0,0001 ETH). Therefore, even with a dramatic decline in value, with ATES, the rate will not fall below the initial cost. This hedging feature is entirely unique to FLOGmall.

The increase in the token value after the launch is one of the key advantages and differences of the FLOGmall ICO from any other ICO – that is, the mathematically justified possible benefit, calculated by means of the built-in FLOGmall ATES to another cryptocurrency.

Another important advantage is the hedging of risk on Flogmall through the artificial creation and retention of the minimum value of the of the official token exchange rate. This creates a minimum conditional capitalization of the tokens and maintains this rate at a given level.

A website demo and a white paper can be found at: https://flogmall.com/

Join KICKICO’s group and ask a question about the upcoming campaign: https://t.me/kickico

KICKICO is a blockchain platform for fundraising in cryptocurrencies, that collected more than 84 000 ETH during its ICO in September and was named “ICO of the year” by BTC CIS AWARDS. By the end of 2017, KICKICO has 55 000 people community, KICK Coin is traded on 8 exchanges, KICKICO launched more than 10 projects on its platform, that successfully completed their ICOs and raised more than 200 000 ETH of total funds. Among them: Micromoney, Hacken, Universa, Playkey, INS, Storiqa etc, our token is traded on 8 crypto exchanges. One of the main achievements is Cryptospace Moscow – one of the most global blockchain and crypto event of the year, which took place on in December 2017 and gathered more than 3000 people and 59 top blockchain and crypto experts from all over the world.