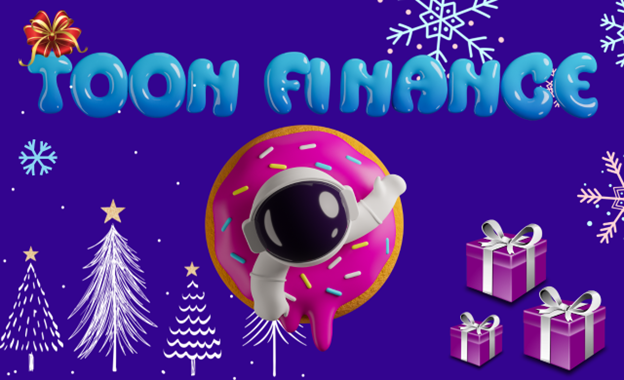 As the cryptocurrency industry evolves, investors and analysts are constantly on the lookout for new crypto projects that could offer a good return on investment. Among the many cryptocurrencies currently in circulation, Dogecoin (DOGE), Uniswap (UNI) and others have all recently seen their value fall. As a result, analysts may be turning their attention to alternatives such as Big Eyes Coin (BIG) and Toon Finance Coin.

In this article, we’ll discuss why Uniswap, BigEyes, Toon Finance, and Dogecoin are likely to skyrocket in 2023. Each of these unique assets has the potential to gain a considerable amount of success over the next couple of years.

The market slump has harmed Shiba Inu and Dogecoin, two well-known meme coins. Meme coins were in a downward spiral due to declining community interest and delayed acceptance, with no prospects of revival.

However, this does not mean that the meme-coin craze has ended. In fact, the year 2023 is expected to be the most lucrative for investing in meme coins.

The overwhelming support for Tamadoge’s launch shows that similar projects will continue to thrive in the future. The meme coin idea is spiced up with the inclusion of a play-to-earn component, NFT, and augmented reality.

The first ever collection of ultra-rare Tamadoge NFTs is now available on OpenSea. After the release of the Tamadoge Augmented Reality App in the first quarter of 2023, the game will enter the digital world, making the NFTs one of the most sought-after digital treasures of that year.

Uniswap (UNI) is a decentralized project that enables traders and sellers to swap and exchange Ethereum-based products in a trustless environment. Uniswap (UNI) was created to provide stability to businesses and break the monopoly of large, decentralized exchanges.

Utilizing the Uniswap (UNI) protocol, users will easily trade ERC-20 assets without the need for a central authority to impose restrictions on trades or prevent payments from being made. Uniswap (UNI) is safe and confidential because it is developed as an open-source project. Because of this, the developers are free to offer feedback and make changes to the underlying code.

Funds can be acquired by users and programmers through the platform’s built-in liquidity pools. Those who donate money to a liquidity pool also stand to gain from doing so. The UNI token, which is the protocol’s functional token, can be traded on multiple markets.

The most important fact is that Uniswap is a legitimate community-based system. The Uniswap token was created by the project’s developers specifically for use as the DAO’s governance currency. Token holders have a voice in community decisions, vote on how to spend community assets, and provide input on how the network is performing as a whole.

Analyzing Uniswap prices from the past several years, it is speculated that in 2023, its values will skyrocket, with a minimum of $9.76 and a maximum of $11.13. On an average basis, Uniswap will most likely cost around $10.03, according to predictions by experts.

This jump marks a considerable increase in price compared to its estimated value in 2021. With the recent surge in DeFi activity and user growth, investors should be expecting promising results for cryptocurrency investments as we get closer to 2023.

The Big Eyes Coin (BIG) is a forthcoming cryptocurrency built on the Ethereum (ETH) blockchain with the humorous goal of directing investment into the emerging field of decentralized finance. This is what Big Eyes Coin (BIG) hopes to achieve through the creation of a multi-functional platform.

Blockchain users everywhere will have access to the Big Eyes Coin (BIG) platform. Market participants, digital artists, and developers will all find a home in the Big Eyes Coin (BIG) ecosystem. The native token of the project, BIG, is about to be officially introduced, but users can already buy as many of them as they like during the presale.

Big Eyes Coin (BIG) will provide its users with a ton of great benefits, including the elimination of both transaction fees and taxes. Users will be at the heart of the network, which will have a strong focus on giving back.

The Visible Charity Wallet, which would hold 5% of the overall token supply and be allocated to groups engaging in ocean rehabilitation efforts, will make Big Eyes Coin’s dedication to charity clear to the public.

Thanks to its presale, which is still ongoing, the project has raised over $6.7 million in funds and proceeds. As a result of this sizable funding, Big Eyes is predicted to become one of the biggest blockchain projects by the end of the year, with even more investment gains likely imminent in the process.

The team behind it is expected to use this influx of capital to make new updates, tweak existing features, and launch innovative campaigns that will further enhance the user experience and involvement within their platform.

Toon Finance has quickly become one of the most successful and sought after cryptocurrencies in the market since it was released to trading only a few months ago. Its success is attributed to the incredible developers and artists behind it, who have worked hard to make sure the currency continues to grow, producing cutting-edge technology and designs that keep investors invested in the platform.

Beyond just trading cryptocurrency, it leverages blockchain technology for faster, easier transactions and trades non-fungible tokens (NFTs) as well, all in one place. All of this combined makes Toon Finance an easy choice for any crypto enthusiast or investor looking for an innovative way to get involved with the world of digital currency.

Toon Finance is the industry leader in meme coins, and its ICO has only just begun, but it is already receiving extensive media attention. The introduction of the coin’s DEX swap platform is a game-changer for the cryptocurrency industry.

The native utility token, also known as TFT, is utilized in gaming in order to both earn revenue and purchase NFTs that improve the overall experience of playing the game. Holders might utilize it to vote on administrative issues pertaining to community games if they so desired.

The following are the links you need to click in order to take part in Toon Finance’s presale:

The Dogecoin proof-of-work differs from Bitcoin’s because it makes use of Scrypt technology. Dogecoin (DOGE) is another cryptocurrency that may be mined indefinitely because it has a block period of one minute and an endless supply. You can mine Dogecoins on your own or join a mining pool.

At present, Dogecoin (DOGE) is the tenth most valuable cryptocurrency. When compared to other meme tokens, Dogecoin (DOGE) stands out because of the active community that uses it for trading and as a tipping currency for entertainment on social media.

Curiously, Elon Musk, CEO of Tesla and one of the wealthiest people in the world, is a Dogecoin supporter. The popularity of Dogecoin (DOGE) can be attributed in large part to Elon Musk’s persistent promotion of the cryptocurrency in his tweets.

Because of this, Dogecoin (DOGE) now has more than 3 million followers on Twitter. In addition, its transaction fees are lower than those of the vast majority of other cryptocurrency initiatives.

Our outlook on Dogecoin in 2023 is filled with optimism, with experts predicting the minimum price of Dogecoin to skyrocket up to $0.16. Its maximum price potential can even reach as high as $0.19 per coin, though the average trade price is likely to be around $0.17.

This would result in traders getting a return of over 50% on their investment should current prices remain consistent – making now an opportune moment to consider adding Dogecoin to your portfolio!

Elon Musk, CEO of both Tesla and SpaceX, has been a vocal supporter of DOGEcoin, which has resulted in a huge spike in the cryptocurrency’s price.

To say that Musk’s public backing of Dogecoin (DOGE) has been important to the cryptocurrency’s sustained success would be an understatement. According to coinmarketcap.com, DOGE is the ninth most valuable cryptocurrency right now and has been in the top ten for nearly a decade.

Whether you are a cryptocurrency trader or just curious about the world of digital currencies, you cannot deny Elon Musk’s influence on the industry. As a direct result of his support for DOGEcoin in the public spotlight, the value of the cryptocurrency has increased dramatically.

We don’t know how much of an effect Musk’s ongoing support for DOGEcoin and the cryptocurrency sector as a whole will have just yet, but one thing is certain: Musk is definitely someone to keep an eye on.

It’s possible that the era of meme coins has arrived, even more so with Elon and his newfound rule over Twitter being the focus of international news and attention.

It’s possible that the digital assets that will provide you with the highest gains over the next year will be Big Eyes Coin (BIG) and Polkadot (DOT). The analysts feel that alternative cryptocurrencies are in a position to have a wonderful 2023, and that including some of these cryptocurrencies in your portfolio right now could be a wise option. The Big Eyes Coin cryptocurrency concept is quite promising.

While the current situation looks bleak, market experts have predicted that Dogecoin might actually be trading above the $1 mark by 2025. This is backed by numerous fundamental analyses that have found that Dogecoin could reach a new record high once the pressure from recent crypto trends dissipates. Consequently, this could provide an opportunity for Dogecoin to surge again and maintain its upward trajectory in the long run. Whether or not it will increase beyond $1 is hard to accurately predict, but as of now, most forecasts suggest that this digital asset might gain more value in the years ahead.

Since blockchain technology came along, cryptocurrencies are quickly becoming a popular way to invest. Toon Coin is one such cryptocurrency that has caught the attention of investors in 2022. Its unique features involve utilizing digital cartoons to represent encrypted tokens on a distributed ledger, allowing for quick, secure payments with low transaction fees. Analyzing various aspects related to digital currency—such as user friendliness, security, and effectiveness—can help investors understand why it might be a valuable asset. With its utility and innovative tech, Toon Coin could certainly become at the forefront of cryptocurrency investments in the coming year.

2023 is going to be an exciting year for digital currency, especially for Uniswap, Big Eyes, Toon Finance, and DogeCoin. With Bitcoin becoming more mainstream and gaining user traction, it’s likely that these popular platforms will experience a significant surge in value during the next two years.

Also worth noting is the rise of decentralized finance (DeFi), with these developments expected to drive increased interest in digital currencies overall. Ultimately, all of this portends huge potential growth prospects across all four coins.

That’s all for today! We hope you found this post helpful. Be sure to check back soon for more posts about the top cryptocurrency projects to watch in 2023. Thanks for reading!

To participate in Toon Finance’s presale, here are the links below: