Even though some political candidates have already accepted crypto contributions in the past, the Wisconsin Ethics Commission is still not sure whether their state should follow suit.

As digital currencies continue to gain traction in the real world, seemingly everyone wants to be a part of this virtual movement. Politicians are no different, realizing that crypto could provide them with that cash injection their campaign needs.

One of crypto’s major advantages, which is anonymity, also seems to be its biggest drawback for the Wisconsin Ethics Commission. According to The Kansas City Star, the commission is however open to discussing the possibility of allowing political contributions to be made in cryptocurrency.

Even though the powers that be in Washington DC are on board the crypto contribution train, other states are still apprehensive. Anonymity is, of course, a factor, but so is the volatility of the crypto market.

Last year saw Bitcoin reach amazing heights of $20k, and while it has gone down in value since then, it is slowly clawing its way back to the top. At the time of writing, it was trading at just under $9,200. 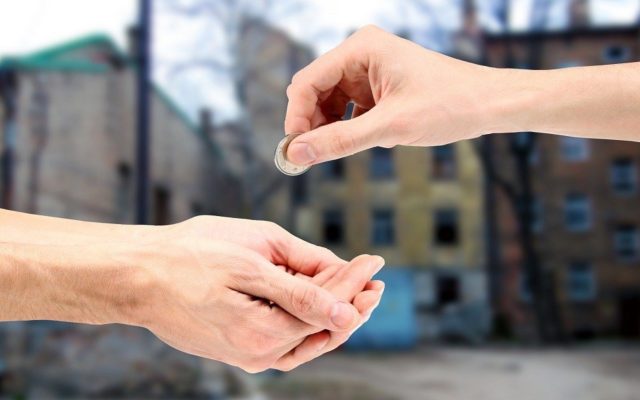 Wisconsin Not Yet Convinced

In addition to untraceable donations and unpredictable prices, the Wisconsin Ethics Commission is also concerned about the lack of concrete regulations. Members are also unsure as to whether crypto donations should be seen as cash- or in-kind contributions. The latter would be seen as the donation of an asset in lieu of cash.

The commission is also worried about how the value of each contribution will be assessed due to the characteristically unstable market.

Phil Anderson, who is the Wisconsin Libertarian Party Chairman and also a candidate for governor, approached the commission on Tuesday to approve Bitcoin donations.

He stated that the bitcoins, which can be viewed as in-kind contributions, could be immediately converted into US dollars. He also touched on the increasing popularity of cryptocurrencies:

There are people that want to use it as money for contributions.

Guidelines But No Rules

Speaking of popularity, the Federal Elections Commission voted for the allowance of crypto donations in 2014. However, Bitcoin was trading at about $400 and was not as well-known as it is today. At that time, the commission decided that they would be seen as in-kind contributions. However, they just provided a set of guidelines and no hard-and-fast regulations.

The Wisconsin Ethics Commission has not yet taken any decisive action on whether or not to allow cryptocurrency donations.

Saying No To crypto

There are some US states that will not even consider allowing crypto contributions for political endeavors. Kansas ethics authorities have downright refused, while their Californian counterparts have strongly advised against accepting virtual currencies.

Do you think cryptocurrency contributions should be accepted for political campaign funding? Let us know in the comments below!