Apr. 22, 2016 — With headlines each week spotlighting millions of dollars in fintech funding for the development and trialing of cutting-edge technology like the distributed ledger, digital currencies or their deploying platforms, it’s easy to lose sight of the core, perhaps altruistic, driving force of creating technology: advancement.

This article was provided by the Vanbex group. Written by Brandon Kostinuk

Fintech in the Developing World 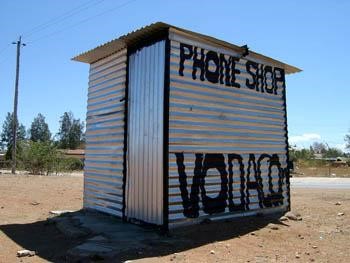 “Globally, we’re seeing the emergence of payment systems via mobile phones in places where the vast majority of people are unbanked or underbanked, but have cell phones,” said President and CEO of the San Francisco Federal Reserve John C. Williams during a presentation he gave to the Lendit USA 2016 conference last week.

“Instead of paying huge fees for bank-like services, it’s all done through text or the touch of a few buttons. This has made its mark in some areas, is starting to gain a foothold in others, and even has potential here.”

The World Bank’s Global Findex, a comprehensive database on financial inclusion launched in 2014, listed around 2.5 billion adults as being unbanked consumers, that is, those without access to even basic financial services.

Two-thirds of adults cited in a 2014 World Bank study listed lack of money as the single biggest obstacle. The other third cited the cost of opening and maintaining an account or access to a bank (too far to be accessible) as other reasons for not owning a conventional account.

But digital currency and related fintech innovations, from automated teller services to the smartphone technology that facilitates payment and reception of money, are helping buck traditional impediments to accessing financial services and the horizon is already widening more than imagination ever thought 15, 20 years ago.

The Sub-Saharan African region, according to a report released by the European Investment Bank (EIB) last July, “leads the world in mobile money accounts: while just 2 percent of adults worldwide have a mobile money account, 12 percent [64 million adults] in SSA have one.”

The evidence in Sub-Saharan Africa (SSA), as stated by the World Bank, is that “mobile money accounts can drive financial inclusion,” even in a region where the financial systems are underdeveloped, where the banking sectors are typically concentrated and are generally inefficient at financial intermediation, according to the EIB.

“They are constrained by their small size. Competition is still limited, albeit increasing.”

Mbwana Alliy, managing partner at African technology venture firm the Savannah Fund, said in February, as reported by Quartz’ Elizabeth Gould, “You have a headwind from Silicon Valley and Europe blowing into Africa now around the disruption in fintech. The banks are really nervous and they want to get ahead of this.”

A fintech hub and accelerator program were recently established in Cape Town with the latter just launching in March with a cast of 10 startups.

The fintech fervor in the SSA region is built on an expectation of capitalizing on the market-ready conditions. On the other hand, fintech innovation has a place in the SSA region because it’s helping advance the societies there.

The movement of digital assets (physical currency represented in digital information), or, in the case of Kenya, South Africa and elsewhere, digital currency (the M-pesa), allows users to deposit, withdraw and transfer money to pay for goods and services with ease using a mobile device.

These transaction accounts, as explained by Gloria M. Grandolini, a senior director at World Bank Group and chair of the Global Remittances Working Group, open up access, “providing a basic entry point, or pathway, to broader financial inclusion.”

Citizens of lower economic level are able to save and secure money. They can accept and direct government benefits and, in rural areas, can connect and access financial services all facilitated by smartphone technology and related applications.

From Nigeria to Mozambique positive benefits to broader financial access is a reality because barriers to access have been eased by financial technological progression.

In the West African republic, Nigerian students were encouraged and motivated to open their own (transaction) accounts where they were taught how to use an online account properly to save money, safely and securely, pay bills and more.

In Mozambique, mobile-money has been used to increase remittances in rural areas, taking the position of informal practices that once dominated the nation’s countryside.

These are stepping stones toward achieving even broader financial goals, as according to the World Bank, which is leading the initiative.

But there are particular difficulties in offering digital services. In August 2014, in a report titled Opportunities of Digitizing Payments, the World Bank stated:

Providing physical access to financial services or cash-in/out points and ensuring sufficient liquidity at access points, including in rural areas, remain the core challenges in moving toward digital payments.

The World Bank Group, parent organization of the World Bank, slated 2020 as the target year to achieve Universal Financial Access (UFA), an initiative that calls for adults everywhere to have access to a transaction account to store money, send and receive payments.

Nevertheless, the advancement of fintech, especially digital currency’s use and application is critical to achieving the UFA target, the success of which rests on access to a transaction account, attainable with something as simple (and innovative) as an electronic instrument to store money, send and receive payments.

As the World Bank explained, it is the basic building block to managing one’s financial life. Financial inclusion is a pillar of any modern capitalist society. While the dialogue around digital currency and fintech innovation is typically cornered by the negatives associated with crime and terrorist activity, there are shining positives and they don’t just start and stop in the developing world.

At this point, it shouldn’t be about the profit-margin and cost-analysis of servicing the unbanked. It should be about service itself.

Emerging economies and the developed world are too looking toward fintech to advance the basic living standards of citizens through greater financial understanding and inclusion and is subject to form the basis of next week’s report.