Mar. 22, 2016 — Researchers and academics across the Isle are proposing the use of its own cryptocurrency, RSCoin.

RSCoin: The Next Big Permissioned Blockchain 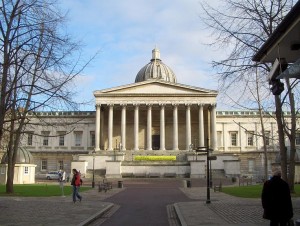 The proposal, first presented by University College of London researchers, also comes at a time when communities across Britain are weighing whether or not to depart from the European Union (EU) knowing it will disrupt, among other items, trade agreements and potentially the UK’s position as a hub for FinTech innovation.

The “Brexit” referendum has been a subject of thought since 2013 when Britain’s Prime Minister David Cameron pledged that a Tory re-election in 2015 would lead to a renegotiation of Britain’s membership and a vote on the ultimate decision to remain or leave the EU.

The Conservatives won the election by a majority, the first such majority since 1992. In late February, Cameron slated June 23 as the day Britain will decide in a simple in-out referendum.

Britain leaving the EU will of course have potential domestic ramifications. In particular, the FinTech industry, which Reuters reported were not keen to the idea of the UK exiting, citing concerns that Britain’s momentum in the space could dissipate or decrease, trading relationships would have to be renegotiated and consequently investors could be scared away.

The worries are speculative but there.

Reuters further reported, seven out of 10 FinTech companies they spoke to expressed their intentions to move their headquarters out of London to a more favorable destination like Dublin or Luxembourg if Britain exits.

All 10, according to Reuters, said a British exit from the EU was a serious concern for their businesses.

Meanwhile, as UK FinTechs mull over Brexit, UCL researchers, George Danezis and Sarah Meiklejohn, with the Bank of England, are seemingly steadfast in creating a digital currency supported by blockchain technology.

“RSCoin would be a closed, “permissioned” blockchain,” meaning only the central bank and vetted operators would be allowed to validate RSCoin transactions.

The objective is to offer the advantages of digital currency, something fast, cheap and where transactions are permanently recorded in a shared distributed ledger. On the Bitcoin network anyone can be an anonymous node; centrally banked cryptocurrency must be transparent and open.

To put things into perspective, the UK FinTech centre generated 6.6 billion pounds ($9.4 billion) in revenue and attracted £524 million (over $700 million) in investment in 2015 according to accounting firm Ernst & Young (EY) who was commissioned by the UK government to conduct a study into the pacy, cutting edge sector.

EY reported, the fast-growing sector employs 61,000 people (5% of the total financial services workforce) and more people are working in the UK FinTech scene than in New York, “or in the combined FinTech workforce of Singapore, Hong Kong and Australia.”

The UK FinTech ecosystem is world-leading in many aspects, EY stating affirmatively that, “the UK has the strongest FinTech policy environment, with the most supportive regulatory regime.”

But competition is fierce globally, the U.S. (California and New York), Germany, Singapore, Hong Kong and Australia are all home to vibrant FinTech ecosystems.

Furthermore, Singapore and Australia are also increasingly progressive in their policy-making.

So while the talent pool is strong in London, there is competition brewing globally and decisions must be made in full context, from both viewpoints.

The exit or erosion of the UK FinTech community could hinder advancement of the nation’s own digital movement, something that seems counterintuitive to the government’s current trajectory.

Furthermore, with the release of a digitized national currency, the proliferation of analytics tools, reporting services, and consumer applications built around a government-backed cryptocurrency could ensue, brightening an already bright spot for FinTech innovation. 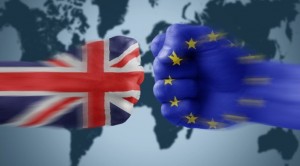 “It’s absolutely ridiculous. Companies said they’d do this if we didn’t join the euro, and how many of them up and left when we didn’t?” Jordan Ryan, a spokesman for “Out” campaign group Leave.EU, said to Reuters. “Nobody’s going anywhere. It happens every single vote.”

London is a global financial capital.

It’s for these reasons London is a hub for FinTech innovations.

The decry of FinTech companies that it’s no Brexit or their own exit is rash and they may be taking for granted the progressive environment the UK offers the emerging industry.

Startups that flocked to London stated they “are nervous about losing access to European customers, tech talent and funding,” according to Reuters.

The worry is a Brexit would mean isolation from Europe and those key segments of their industry. But such fear and worry is missing the global context.

The EU’s single market reduces costs by eliminating tariffs on goods and services between the union’s 28 member-states. It also removes the necessity of having to create two dozen or so products so as to fit to regulatory standards.

Amid the UK’s deteriorating trading position, however, it’s meaningless.

In the final quarter of 2015, “The shortfall between exports and imports widened from £8.6bn in the third quarter to £10.4bn,” as reported by The Guardian.

The dragging global economy and the strength of the sterling, especially against the euro, are hampering the UK’s ability to push its goods and services, whether within the EU or emerging markets.

A weak economy does nothing for growth and investment.

The FinTech industry is also still awaiting regulatory direction from government agencies and boards. Whether or not Britain exits the EU, regulation will be handed down and it isn’t between national or trading lines but between traditional and conventional structures.

Moreover, talent follows the money, in most respects.

With billions of dollars in capital investment flooding into the U.S.-based ecosystem, the UK should be concerned their domestic talent will flow there in lieu of the greater earning potential and opportunity as the sector advances.

The FinTech industry is global, and while London is a big fish in the EU pond, access and benefit within the single market does little toward establishing a competitive advantage over, or a link with, the U.S., Singapore, Hong Kong and Australia.

Exiting the EU could be a benefit with smart negotiations centred on UK interests. It could open access to talent within the FinTech ecosystem and help ease immigration of non-EU citizens.

In addition, a demonstrable desire to seek stronger ties outside the union may spur greater incentive in venture capitalists to funnel the money entering other FinTech hubs, into London. 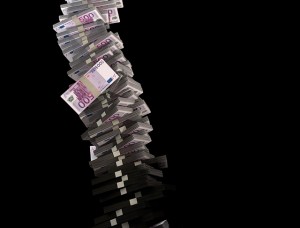 Distance to market, long-standing trade ties and ally nations, it would be economically unsavvy and frankly shocking if nations like Germany or France, countries that trade in hundreds of billions of pounds in goods and services with the UK, to abruptly shut the tap.

In fact, it’s ludicrous to think anything would drastically be altered to the point of halting the already meagre growth projected in Europe.

As the report in January 2014 by the Centre for European Reform stated, the “rich countries on Britain’s doorstep,” would likely be Britain’s largest trading partners even if the EU did not exist.

If Britain stays or exits, it will be business as usual.

The UK government will not pursue any action that it cannot foreseeably see a benefit in, especially if it could harm their greater economic good.

The adoption of RSCoin means the mainstreaming of FinTech innovation. It’s also a signal. It illustrates the UK government does not plan to rest on laurels or the traditional.

The investment and world leading progressive policy-making should be proof enough that Brexit or not, the government has designs on embracing the disruptive change the emerging FinTech community is producing.

Recognized gap in advice market points to automation as solution

The UK’s Financial Conduct Authority (FCA) reported in its Financial Advice Market Review last Monday that it was in favour of “automated advice models” or, robo-advisors.

The financial authority believes a gap in the advice market could and should be filled by innovations in automated technology.

Last August, concerns were raised that “financial advice in the UK was not working well for all consumers.” The report stated that up to 16 million people in the UK could be trapped in a “financial advice gap.” Simply put, they require advice but can’t afford it. Robo-advice or robo-advisors can alleviate this issue.

Already automation is taking the place of human advisors in the UK banking world. The Royal Bank of Scotland recently announced it will be cutting 550 jobs in place of an automated system.

The first cohort is set to launch this summer and is designed for start-ups worldwide that are still in an early stage of development.

The initiative is also supported by Swiss Finance Startups and Swiss Finance and Technology Association. The Swiss initiative will also exist under the Kickstart Accelerator program umbrella, itself an offshoot of DigitalZurich2025, an initiative aimed at promoting Switzerland as one of the leading locations for digital companies.

The second annual Vancouver FinTech Conference sold out in weeks, a record time, showing the growing interest of the emerging field in Canada.

The event, set to take place Apr. 14,  is organized by the Digital Finance Institute.

The conference will be preceded by a gala event on Apr.13 to launch the new FinTech Association of Canada. In addition, a FinTech Report analyzing the opportunities for British Columbia to lead in financial technology will also be released.

Visit FinTech2016.com for more information, including the list of international speakers attending the conference.