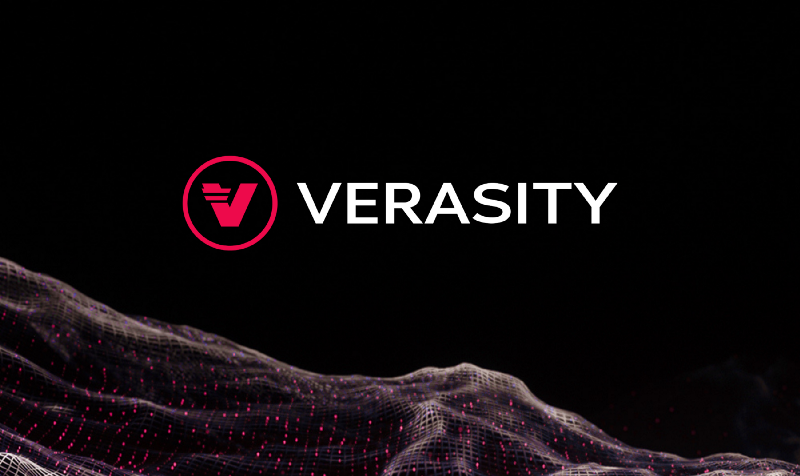 The use of blockchain technology in the media, advertising, and entertainment industries is projected to grow at a CAGR as high as over 81%, from a mere 51.1 million US dollars in 2018 to more than a billion US dollars in 2023. Many drivers are propelling this growth, and innovative platforms, like Verasity, are one crucial segment among them. But, what does Verasity do, and why should the investor community leverage Verasity to become a part of the blockchain ad-tech confluence growth story? This is what we will discuss at length in the segments to come.

Founded by entrepreneur and technologist RJ Mark, the next-generation blockchain-powered video-sharing platform of Verasity has been active since 2017. Yet, calling it a video-sharing platform does not give us the entire picture of what Verasity has in store for its users. Summarily, the platform helps create a decentralized and transparent digital economy in the blockchain ad-tech segment with its cryptocurrency called $VRA. It helps increase engagement and advertising revenues while eliminating fraud. To understand how it achieves its objective, we need to know how the platform works.

How Does Verasity Work?

Verasity draws its uniqueness from its patented Proof of View system. The aim is to solve the issues around video advertising and NFT fraud. The VeraWallet – developed on the platform’s blockchain network – and the VRA token, serving as the platform’s native currency, work as the main tools for the Verasity community to participate in its economy.

Platform-wise, Verasity is a protocol and product layer to manage a host of diverse systems, including esports, video entertainment, and digital content.

Verasity Helps the eSports and Online Gaming Industry to Grow

Esports services, products, and solutions already occupy a large market. From a size of 694.2 million in 2017, it will grow to US$2,174.8 million by 2023, at a CAGR of 18.61%. Verasity strengthens this growing segment by offering credible server infrastructure, the unique and patented Proof of View security functionality, and VeraPlayer. VeraPlayer is a product layer platform for video entertainment.

However, the most enticing offering of Verasity for this market is VeraEsports – a rebranding of the Esports Fight Club Platform. Commensurate with the firm’s growth vision, VeraEsports offers an excellent “Watch and Earn” opportunity, allowing users to stream content, earn, and compete on its website. Players and gamers can grant access to their streams in tournaments hosted by some of the biggest names in the eSports industry, including Valorant, Riot Games, Axie Infinity. Overall, it results in social and economic opportunities for the otherwise overlooked video gamers, teams, tournament hosts, viewers, and brands. Viewers can also earn redeemable points by watching the streams of their preferred tournaments.

In the video entertainment segment, Verasity’s products include a proprietary ad stack and a rewards system powered by its native token, VRA. These solutions are there in the SDKs for all the popular video watching and streaming platforms worldwide, including YouTube, Twitch, Vimeo, and more. The blockchain-powered Proof of View technology, with its AI-backed transparency and immutability features, ensures that there is no online fraud relating to ads. Its distributed ledger makes sure that every view captured on the blockchain is authentic. It empowers every stakeholder of the system with assurances of a trusted, single source of truth that captures verified views in real-time.

$VRA: The Fuel of the Verasity Economy

The Verasity native token has been at the center of its entire economy. The coin must keep a large economy running with enough enticements and opportunities. However, it has already been much success in achieving what it had set out. Nearly two million publishers have integrated the Verasity watch-and-earn SDK, resulting in a total website audience of 550 million views and a combined monthly view of 110 million.

The VRA token serves several distinct purposes. For instance, advertisers can buy VRA tokens to reward viewers. Verasity also rewards viewers for holding VRA tokens that, in turn, help increase the demand for VRA tokens across a range of enterprises and individual users.

The VRA tokens that the audience earns for viewing can further be spent on multiple exchanges. Otherwise, users can hold them for APY rewards.

Verasity earns from a variety of revenue streams. The esports platform has its subscription and membership-based income mechanisms. Additionally, it gains revenue from jackpot tournaments as commissions. Other income opportunities include letting use its patented PoV and from its ad stack, waterfall, and sales of modular B2B products.

Apart from strong fundamentals, the reason why Verasity is to become a point of attraction for investors in 2022 is that it keeps building momentum and knows how to sustain growth.

For instance, in the last week of December, Verasity struck a partnership with Brightcove Marketplace, a video for business platform, that has more than 3,000 customers in more than 70 countries globally. The partnership would enable Brightcove Marketplace customers to leverage the range of Verasity technology, including its AdStack, rewards system, PoV technology, and more.

The client and media brands present in the Verasity Marketplace will take feeds from VeraEsports and broadcast them to their audience on their domains.

The Verasity Rewards System will enable them to increase their engagement from the existing audience while enhancing the traffic for blockchain-enabled viewership monetization.

The Growth Trajectory Ahead

While such partnerships help augment Verasity’s leadership in the blockchain ad-tech space, it will also go through its innovations, such as the NFT marketplace that would include creator perpetual licenses for resales, in-game cosmetics minted as NFTs, and application of PoV to NFT Marketplace to stop NFT fraud.