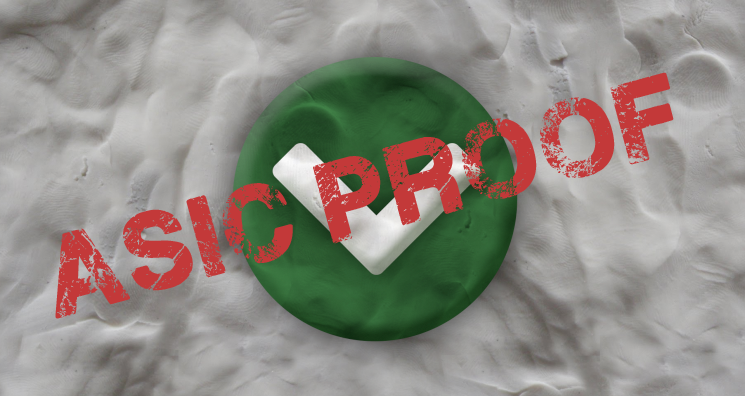 If you have heard of the ominous Titan from KNC capable of hashing at 300 mh/s on scrypt, or perhaps the gridseeds or any other scrypt asics, a algorithm that was designed to be anti-asic and you’re a miner, you are most likely searching for the next coin to mine. Take Vertcoin into consideration as that coin.

Here are some Vertcoin coin specifications. Vetcoins  has a 84 million Vertcoin max coin supply with block times of 2 and a half minutes, 50 coin block rewards, KGW  difficulty adjustment to discourage multipools, and block halving every 4 years or so.  But where it really shines is its algorithm.

Vertcoin gets its anti-ASIC capabilities from its algorithm, known as Scrypt-Adaptive-Nfactor, which is not to be confused with Scrypt-Jane. This just means, that it runs on the same algorithm as Scrypt, but is able to change the Nfactor or memory requirement required to mine for Vertcoin.  This is important for keeping ASICs out.

Without going to much into technical details on how it bars out ASICS, it works basically like this. Imagine you had a machine that could play a game, start to finish in 10 seconds, but on easy. But what happens when you set the difficulty on normal? The ASIC, or machine in this case, no longer works. That is the approach Vertcoin is going with, upping the difficulty every  year to discourage ASIC companies from developing ASICs for Vertcoin.

This means for the miner that Vertcoin is a mineable cryptocurrency that you will be able to mine for a long time, if not forever; that is until all 84 million coins are mined.  The Nfactor isn’t all rainbow’s and sunshine however. As Nfactor increases by one, memory requirements to hash double, effectively cutting your GPU’s hash rate in half.

For the time being, GPU’s is still the fastest and most optimal way to mine Vertcoin currently, and will be for a long time. However as Nfactor increases, more memory will be required, making it more advantageous to mine with CPU’s, as they have access to large, variable amounts of RAM vs. GPU’s fixed amount, usually around 2 GBs, with most usually being 4 GB.

Vertcoin is right now, even for its low price per coin; around $0.84 per coin, has considerable oomph market cap wise. Reason for this is a great community, being one of the largest cryptocurrency communities on reddit, and a fantastic developer with a emphasis on decentralization and anti-ASICS. As scrypt ASICS come more the norm, more miners will hop on to the “next coin”, which many believe to be Vertcoin therefore increasing value. So get in the scene while its early, and get ready to go vertical!