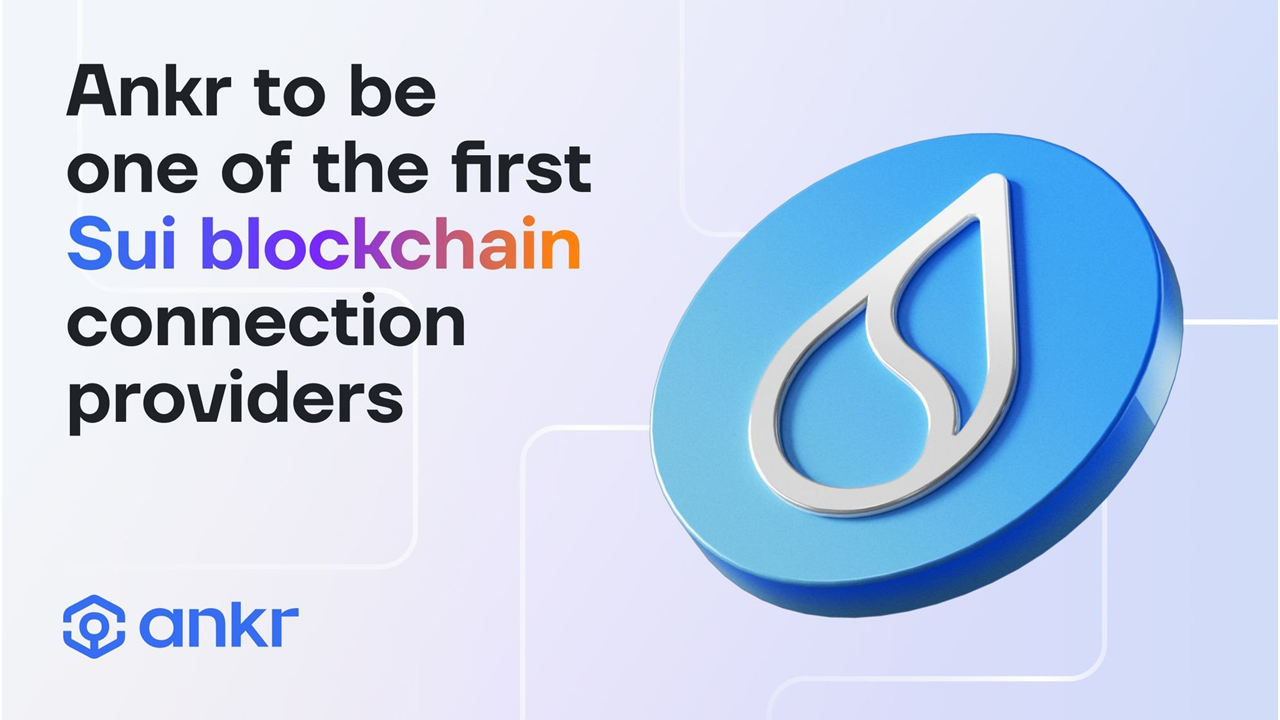 Ankr has become an RPC provider to the Sui blockchain. The web3 infrastructure project, whose node delivery system and RPC aggregator services dozens of proof-of-stake chains, will “create a building environment that is easy and intuitive enough to open the doors to a growing set of new developers and projects,” says Ankr’s Head of Product Josh Neuroth.

The new RPC connection to Sui’s Move-based blockchain will enable web3 developers and decentralized applications to easily connect to the network, make request calls, and receive information returns that mirror the results they would obtain through running a full node independently. It will enable developers to focus on building the dApps and services of the future without worrying about the costs and hassles of running a full node.

Heralding the partnership, Josh Neuroth said, “We are very excited to support Sui so web3 developers can build faster on what is shaping up to be a promising new ecosystem.”

Sui, whose team comprises several ex-Meta employees, recently launched its testnet, dubbed Wave 1, and its link-up with Ankr is likely to broaden its appeal as it sets about establishing itself as a viable creator-friendly layer-1. Back in September, the company behind the blockchain, Mysten Labs, closed a $300 million funding round.

Developers will now be able to access Sui’s Testnet Community and premium RPCs, which will simplify the process of building scalable dApps on top of the network. Ankr’s Testnet RPC connects wallets, command-line interfaces, and dApps with Sui, functioning like a blockchain router to interface on-chain information between nodes, dApps, and end-users.

In plain English, the partnership will pave the way for the Sui blockchain to develop its very own ecosystem by streamlining the onboarding process for dApps, DEXs, web3 wallets, NFT platforms, and GameFi projects.

Once Wave 1 crests and the Sui mainnet goes live, Ankr has pledged to broaden its support for developers by publishing supplementary documents and adding new features and tools. The infrastructure provider says its Sui RPC is decentralized and geo-distributed, with multiple independent nodes assuring low latency and dependable connections.

Last month, Ankr became one of the first RPC providers to the Aptos blockchain, which like Sui was founded by a team of ex-Meta employees. The infrastructure provider serves over 8 billion RPC requests daily to leading blockchains including Ethereum, BNB Chain, Polygon and Fantom, among others.