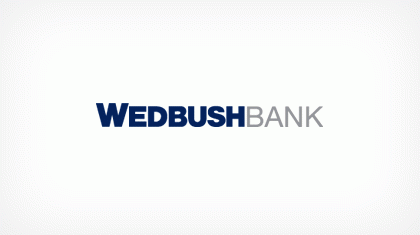 WedBush Securities Is Looking For A Bitcoin Director

At the beginning of 2014, Wedbush Securities, a financial services and investment firm, decided to accept Bitcoin. A month later, the company released a research paper saying that speculation and trading on Bitcoin’s volatility, attributes regarded by most as holding back the currency, were actually its first killer app. The paper also noted that the currency would either be worth zero dollars or a million dollars.

Since then, the institution has only increased their involvement in the digital currency. In November 2014, Wedbush invested in Buttercoin, a US Bitcoin exchange, which was their first venture capital investment in the Bitcoin sector.

Today, the firm is looking to increase its involvement even further by hiring a director for a new Bitcoin division. In the Linkedin job posting, the responsibilities include:

Currently, the firm’s direct involvement in Bitcoin, despite the venture capital investment, has been mostly left to research. The company published two other research papers on Bitcoin and created a division dedicated to studying the digital currency. This job posting seems like an obvious sign that the firm is looking to get more involved in the fledgling market. 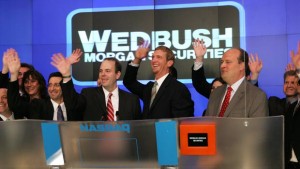 Founded in 1955 by two high school friends, Edward W. Wedbush and Robert Werner, Wedbush went on to be one of the largest financial institutions in America. In the 1970s, after becoming members of several stock exchanges and clearing houses, they expanded their services to include correspondent clearing services, providing trade execution for other brokerage firms, and adding an investment banking group. In 2006, it became the number one liquidity provider on NASDAQ.

What do you think about Wedbush’s increased involvement in Bitcoin? Let us know in the comments below!

Images courtesy of Wedbush and Nasdaq