This past week, the Bitcoin markets seemed to be relatively quiet, while subtly hinting at a desire to see the digital currency increase in value. Throughout the course of the week, the Bitcoin price rose from the mid $230s to the high $230s, brushing against $240 several times. This modest growth occurred with a backdrop of fairly mild news.

Also read: How Bitcoin is like the Housing Market

September 28, 2015 opened with the Bitcoin price at $236.47. The markets made some notable gains during the first half of the day, reaching $239 by midday. The growth tapered off in the afternoon, though, hovering in the high $230s. The price briefly spiked at 8 PM, hitting an hourly high of $240.56. However, the price took a dip at 9 PM, hitting $236 at 10. The day closed on a positive note, rising to $237 in preparation for another upward move.

In the news, we reported on Cryptonit’s plans to launch anonymous debit cards by the end of 2015. Cryptonit is a cryptocurrency exchange that offers trading services for Bitcoin and litecoin, as well as lesser-known altcoins like Peercoin and Namecoin. We also reported on a developing story in Mexico regarding an alleged Bitcoin ban. We clarified that there is not really a full ban in Mexico, and people can use Bitcoin for online transactions, as well as physical retail payments.

Tuesday the 29th began at 237.02, slightly higher than the opening price of the previous day. During the initial morning hours, the price rose to $239, but quickly fell into the mid $230s. By noon, the price had somewhat stabilized at $238, and the rest of the day was spent between $236 and $238. 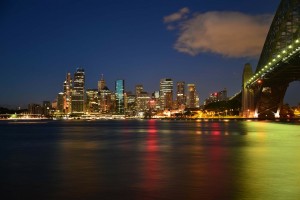 Meanwhile, we reported on Australia’s problem with Bitcoin criminals in the financial sector. Crimes such as account hacking and ransomware attacks have led several Australian banks to cut of their services to Bitcoin companies. This move seems to signal that Australia’s financial industry has associated Bitcoin with criminal enterprise, and has chosen to distance itself from the digital currency.

September 30 started with the Bitcoin price at $237.31, a miniscule gain over Tuesday. The early morning saw a short-lived dip to $234; the price quickly returned to the high  $230s range. The markets mostly stayed within this range for the rest of the day, floating between $235 and $237.

On Wednesday, we examined society’s views towards engineers and economists, looking at which profession society currently values the most. It seems as if society at large places a higher value on engineers, who are capable of accomplishing more “hands-on” feats than economists. Laymen seem to dislike the rational actor model of economics, diminishing their regard for economists — despite this dislike being due to a misunderstanding of the model.

The markets welcomed the first day of October with the Bitcoin price at $236.72, slightly down from the start of the previous day. During the 1st, Bitcoin made another attempt at $240, narrowly missing the mark and peaking at $239.44 during the 2 PM hour. The price slightly declined throughout the rest of the afternoon, returning to $237 by 7 PM. Bitcoin entered $238 territory during the evening, where it stayed for the night.

In the news, Dutch police arrested three people as part of a Bitcoin money laundering investigation. The three suspects allegedly used the digital currency to launder money earned from illegal activities, a practice that is apparently common in the Rotterdam area of the Netherlands.

Friday, October 2 opened at $237.80, riding that high $230s range that persisted for much of the week. The Bitcoin price stayed fairly flat for the first few hours of the morning, but then sharply fell to the mid $230s at 7 AM, hitting an hourly low of $235. However, the price rebounded fairly fast, and stayed sideways at $237 for the rest of the day, bumping up to $238 at the close.

Saturday began with the Bitcoin price at $238.15. The morning kicked off with a gradual climb, the price reaching $239 by 8 AM. After hitting $239, though, the markets turned sideways, staying at that price point for the rest of the day, occasionally flirting with the $240 mark. 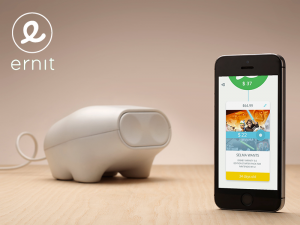 On the 3rd, we published an interview with ERNIT, a digital-age take on the traditional piggy bank. The ERNIT piggy bank holds digital balances of money rather than physical cash, and even supports Bitcoin storage.

Sunday started out with the Bitcoin price at $239, ever so close to $240. However, $240 proved to be a somewhat resistant psychological barrier for traders, and the markets held steady in the high $230s. The activity during the last few hours of the day was remarkably flat, staying within a tight space between $237.55 and $237.60. The day ended at $238.59, making for a meek 0.89% total growth for the week.

In the news, we reported on the Ukrainian National Bank’s warning against Bitcoin. The central bank warned regional institutes that using Bitcoin came with many risks. This warning came shortly after the Bank invited Paypal, Apple Pay and Google Wallet into Ukraine’s regional markets. It seems as if the Bank is very welcoming of one form of digital payments, but remains skeptical of Bitcoin.

Where will the Bitcoin Price go from here?

This past week was fairly sideways, leaning towards a gradual climb to $240. It is uncertain what forces are behind this slow climb; any number of factors could be working together to produce this recent price activity. Therefore, we cannot say with certainty what the price is likely to do in the coming days. If everything else remains more or less equal, we can expect to see continued stability erring on the side of slow, positive growth.

What do you think will happen to the Bitcoin world in the coming week? Let us know in the comments below!