This week saw some modest gains in the Bitcoin price. While this growth was far from extreme, it was indeed fairly unexpected. Last week, the price entered a sideways pattern that threatened to point downward, coming off of some bearish activity. Most of this week remained in that same pattern, but the markets pulled upward late Sunday night.

Monday, September 21. 2015 kicked off the week with the Bitcoin price at $229.28, well within that high $220s to low $230s range established last week. Rather than sit still though, the price decided to trend downwards. By noon, the price had fallen to $227, after which it stayed fairly flat for a few hours. The price dipped again at 5 and 6 PM, but recovered in the following hours. The day closed downward, though, sitting at $227.

In the news, the enigmatic 21 Inc. announced its first product, dubbed the “Bitcoin Computer.” This device operates as a Bitcoin miner and a full node, a combination that 21.co believes will greatly boost Bitcoin functionality.

Tuesday started at $227.02, down slightly from the start of the previous day. The Bitcoin price continued to fall in the first few hours of the morning, dropping to a low of $223.12. However, the price jumped upwards rather sharply at 5 AM, going from $224 at the top of the hour to $230 at the close. After reestablishing that high $220s-low $230s range, the markets calmed down a bit. After some minor fluctuations throughout the day, Tuesday ended on a sideways note, with the price sitting firmly at $230.79.

Meanwhile, we reported on BitGo’s milestone in quarterly transaction volume. The Bitcoin wallet provider surpassed the $1bn USD mark in transaction volume, signalling that its users are happy with its products.

The 23rd opened at $230.79, still riding the sideways pattern that set in after the remarkable recovery during the morning of the 22nd. Overall, market activity on Wednesday was uneventful. After some fluctuation, the day closed almost exactly where it began, with the Bitcoin price at $230.41, just a few cents down from the opening price.

Neteller made an exciting move on the 23rd, lowering its deposit fee to 1%, making the service twice as cheap as credit cards. Neteller is not a native Bitcoin payment processor; the company processes traditional payments, and began accepting Bitcoin just last year. 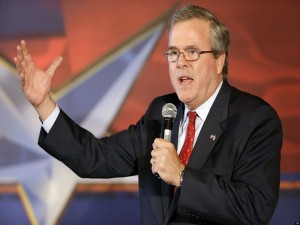 September 24 began at $230.41, and embarked upon an upward climb that lasted most of the day. By the end of the noon hour, the Bitcoin price reached $234. The markets hit another peak at 3 PM, rising to $235 by the bottom of the hour. The rally hit a lull in the evening, and the day closed out in that mid $230s range.

Friday started out at $233.58. Shortly after the day began, the markets attempted to rekindle the rally, increasing the Bitcoin price to $236 by the end of the 3 AM hour. That momentum quickly fizzled out, though, and the price stayed flat for several hours before slipping downward. By the end of the day, the price fell back into the mid $230s, returning to the familiar pattern from the previous day.

Meanwhile, in the news, we reported that Ecuadorian President Rafael Correa paid a foreign company to take down disagreeable Internet content. The company working with Correa is Mexico-based Emerging MC, which specializes in using the law to force the removal of Internet content.

Saturday the 26th opened at $234.73, gearing up for a day of relative inactivity. The markets did not diverge from that comfortable mid $230s range, bringing the 26th to a quiet close at $233.

The late night spike in the Bitcoin price on Sunday was unexpected. It is uncertain whether the jump will have any staying power, or if it was merely speculative sentiment spontaneously looking upward for a brief moment. To put forth a conservative, safer prediction for the coming week, I will say that the price may hold in the high $230s, possibly dipping down into that familiar mid $230s area. However, the price could continue rising, which would be good for everyone in the Bitcoin world, even though the rally might be short-lived.