After two weeks of sharp, last minute changes in the Bitcoin price, the markets caught a break this week, with the price remaining fairly stable throughout. Thus, it seems as if the speculators have finally settled down. This, combined with this week’s relatively slow news week, explains the sideways action that persisted throughout the week. 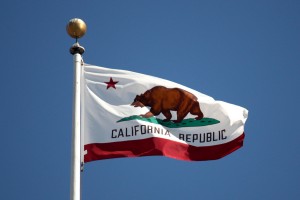 This week started with the markets coming off the last-minute plunge in the Bitcoin price that occurred last week. Monday opened at $228.18, and returned to the $230s during the morning hours. By midday, the price had leveled out in the low $230s, a range that persisted for the remainder of the day.

Tuesday, September 15, opened at $229.61, a miniscule difference from the start of the previous day. During the entire day, the markets maintained a high $220s to low $230s range, with a few brief drops into the mid $220s during the morning hours. This slow day ended at $230.49 — less than a 50 cents gain over the day’s opening price.

Starting at $230.49, the 16th geared up for a slightly more exciting day. Very early in the morning — at 5 AM — the Bitcoin price tumbled down into the mid-$220s, hitting an hourly low of $223. Shortly after the plunge, the price returned to the high $220s, and stayed there for the rest of the day.

In the news, Bitcoin enemies in the California legislature suffered a staggering defeat, to the joy of Bitcoiners all over the world. The highly controversial AB 1326, colloquially referred to as the “California Bitcoin bill,” and less affectionately known as “California’s BitLicense,” died in the Legislature. The bill met this fate after failing to pass in the California Legislature by a September 11, 2015 deadline. The bill showed signs of failure before the deadline, however, as several legislators submitted veto requests to California’s governor, in the event that the bill actually passed.

Meanwhile, in the news, it was discovered that BitPay suffered a hack and lost 5000 BTC in late 2014. BitPay kept this loss secret for almost an entire year, until the company filed an insurance claim that was denied in June of 2015. In this attack, the Chief Financial Officer of BitPay had his email hacked. Using this email account, the hacker spoofed emails to the CEO of BitPay on three separate occasions requesting amounts that totaled 5000 BTC.

In addition to the BitPay hack, Bitcoinist announced a Ledger Wallet giveaway. We have partnered with Ledger wallet for this giveaway; the company was kind enough to send us two of its Ledger HW.1 wallets and one Ledger Nano wallet to give to three Bitcoinist readers for free.

Friday the 18th began at $233.25, still riding the highs achieved in the previous day’s price climb. This low $230s range persisted throughout the entirety of the day. Aside from a brief drop to $230, the price stayed between $232 and $234 all day.

Sunday opened at $230.78, and ended up being another day of sideways activity. During the entire day, the Bitcoin price remained in the low $230s. The week ended on a quiet note, at $229.49.

Where Will the Bitcoin Price go From Here?

The future trajectory for the Bitcoin price is uncertain at this time. Speculators have seemed to taken a step back, refraining from moving the price in any significant direction all week. However, that does not necessarily mean that this restraint will continue into the coming week; it is highly possible that the price could move suddenly in any direction, depending on speculative sentiments. The fundamentals, though, have remained constant for several weeks. With no drama or controversy following the Bitcoin XT debacle, there does not seem to be any real reason for traders to be afraid.

Images courtesy of Wikipedia and BitPay.