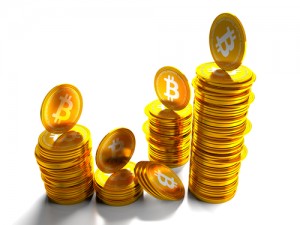 The markets sprang into action this week, with the price rising steadily during a build-up to a massive rally at the end of the week. This price explosion comes while eyes are still glued to global markets, worried about a Chinese slowdown. However, it appears as if some profit taking began at the end of the week, suggesting some possible downward movement in the days to come.

In the news, we reported on a major development in the ongoing Silk Road drama. Carl Force, an ex-DEA agent working on the Silk Road case, was sentenced to 78 months in prison for crimes including money laundering and obstruction of justice. Force stole millions of dollars worth of bitcoins from the Silk Road, putting them into his own wallet and attempting to launder them by converting them to fiat through a bitcoin exchange.

Tuesday, October 20 opened at $264.03, staying in that mid-$260s range established on Monday. Tuesday was another day of gradual increases, although the Bitcoin price’s trajectory had a steeper slope than the previous day. The price hit $270 during the 2 PM hour, peaking at $272.95. A small decline followed immediately after that peak, though, sending the price back to $269. However, that fall was extremely short-lived, and the day closed out in the low $270s.

Wednesday began at $270.37, clinging to the $270 price point that was achieved on the 20th. The morning brought in some downward momentum, however, and the price dropped into the mid $260s. Going into midday, the price rebounded a bit, going back up to the high $260s. After this modest recovery, the markets leveled out, and the Bitcoin price remained flat for the rest of the day. 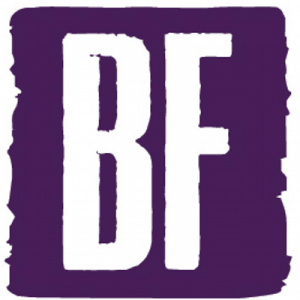 Meanwhile, we reported on some big news in Australia. BnKToTheFuture announced that it will be hosting a fund for Australia’s first Bitcoin mining IPO. This news may come as a surprise to Bitcoiners, because Australia has not been very friendly towards the digital currency thus far. Many companies have had to leave the country and set up shop elsewhere due to banks ending their relationships with the businesses — fearing that Bitcoin would bring a wave of crime to Australia.

Thursday, October 22 opened at $267.66. The community was in for a surprise on Thursday; in the early morning hours, the price rocketed to the high $270s, briefly touching $280. After a small dip into the mid $270s during the afternoon, the price leveled out for the most part, staying steady for the rest of the day. This big bump marked the beginning of this week’s massive bull run, which got Bitcoiners extremely excited.

On the 22nd we announced that our Ledger Wallet giveaway had ended, and that three winners were chosen. These lucky winners will receive their own Ledger Wallets, giving them a reliable method of keeping their bitcoins in cold storage.

Additionally, we reported on an important decision made by the European High Court. The court ruled that Bitcoin should be tax-free in Europe, stating that it saw no reason to treat Bitcoin differently than fiat currency. This ruling came after a complaint by a Swedish entrepreneur that wanted to provide a service on a Bitcoin exchange involving fiat currency.

Friday the 23rd started with the Bitcoin price at 274.98, gearing up for another day of gains. Although there were not any massive jumps like in the previous day, the markets moved the price upwards for the most part, aside from a relatively notable fall to $273 at 8 AM. The price reached $280 again at 8 PM, and stayed in the $280s for the rest of the night.

Saturday began at $280.99, and would gain even more towards the end of the day. For most of the day, however, the market activity was extremely flat. The price stayed between $280 and $281 for most of the day, until it jumped up to $283 during the 7 PM hour. Afterwards, the price spiked even higher, entering the high $280s at 10 PM. The price actually touched $290 at 11 PM, but then fell back into the high $280s to close out the day. 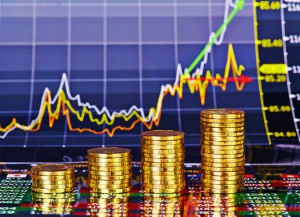 The Sunday night decline was very indicative of speculative profit taking, where people sold out with the belief that the Bitcoin price had hit a ceiling. This behavior is likely due to the psychological barrier that $300 poses, which will probably continue to be a point of resistance if the markets keep trying to push the price higher.

I would not be surprised if we saw the Bitcoin price return to the $290s in the coming week — possibly even hitting $300 — but I think it is more likely that we will see continued profit taking. If the selling pressure keeps the price in the $280s for too long, then people who missed out on the high $290s profits will cash out as well, sending the price down even further. However, if the profit-taking lets up soon enough, we could see the aforementioned return to the $290s, once more opening the door for $300.

What do you think will happen in the Bitcoin world this week? Let us know in the comments below!