The founder of Weiss Ratings Agency Martin D. Weiss has forecast that an upcoming rule change in US banking will compel investors to move their money away.

In a dedicated blog post about the watering down of the Volcker Rule, which limits banks’ ability to gamble deposited funds, Weiss claims that the plan is coming “precisely at a time when risk-taking has reached a peak and key risk assets threaten to cause severe losses.”

The examination of Volcker continues Weiss’ preoccupation with cryptocurrency in 2018. In January, the agency published the world’s first ratings for the market, causing controversy when it awarded Bitcoin a ‘C+’ and championed Ethereum with a ‘B’ rating.

For Martin D. Weiss and fellow author, analyst Juan M. Villaverde, the opportunities for cryptocurrency to gain trust and usage as a result of banking behavior are obvious.

“With this rule change, the authorities will make it easier for megabanks to take big risks with other people’s money,” an accompanying press release quotes them as writing.

…In the future, cryptocurrencies will do such a fundamentally better job as a safe depository of funds it’s difficult to envision a world in which this technology does not become a game-changer for money and banking. 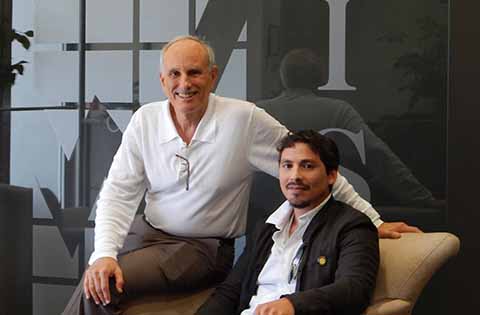 Despite identifying “volatility” in cryptocurrency markets being a key factor behind consumer reluctance to enter them, that situation will change, the post adds, as those markets “mature” while banks take greater risks.

“Now that we have better technology for safe storage of savings, credit markets will have to reinvent themselves. The future financial system is likely to be very different from what we take for granted today,” the Weiss and Villaverde conclude.

Earlier this week, Bitcoinist published an explanatory guide to Bitcoin’s price volatility, highlighting possible causes behind the swings markets have seen since May 2017.

What do you think about Weiss Ratings’ forecast for banking? Let us know in the comments section below!