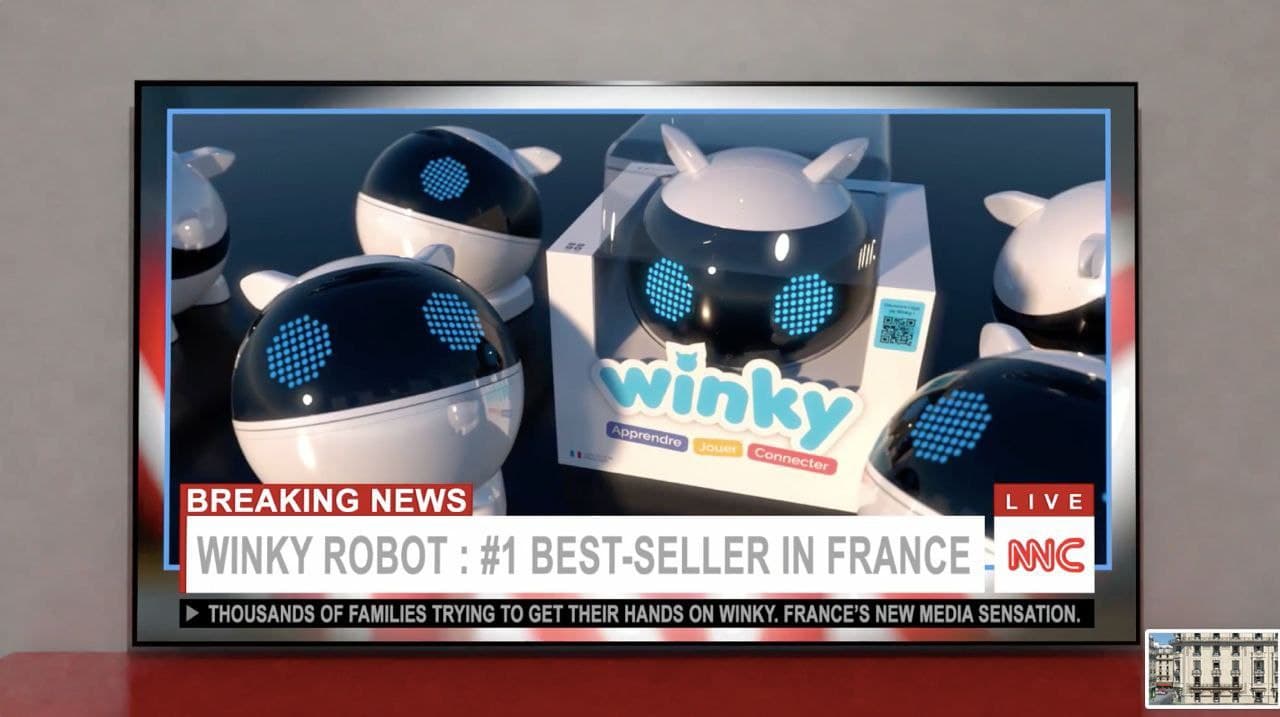 The disruptive power of blockchain technology has eaten deep into the fabrics of almost all existing industries one can think of. As one of the fastest-growing technologies of the present decade, blockchain is fast changing the way the internet-space operates, how finance is conducted, and now we are witnessing the biggest technological drift in the metaverse.

A metaverse could be described as a mirror image of the real world that exists. As Blockchain technology is pioneering the development of the gaming metaverse, much hasn’t been heard of the educational aspect of the metaverse, not until WinkyVerse showed up.

WinkyVerse is the first educational platform to combine no fewer than six of the most promising technologies to create a genuinely unique educational ecosystem, including robotics, AI, programming, gaming, augmented reality, and blockchain.

Ultimately, The WinkyVerse is a unique 3D open environment where players may develop and sell their own educational games and creations for children, as well as a variety of intuitive material for adult educational games such as history, sports, and general entertainment.

WinkyVerse’s mission is to use gaming to democratize education. More intuitively, users will be able to get involved in an educational process by playing VR MMORPG instead of reading a bunch of books.

Metaverse: The virtual representation of the physical world

The metaverse is a virtual environment that incorporates video conferencing, games cryptocurrency, email, virtual reality, social networking, and live-streaming. It is basically a 3D version of the internet, including immersive and interoperable business, information, and communication technologies. In some ways, it’s a digital representation of how we live in the real world.

It’s a digital emulation of how we live in the real world in certain ways. A piece of virtual art purchased as a “non-fungible token” from Company A, for example, could be displayed on the digital wall of a house in a Company B game.

WinkyVerse is driving the creation of a gaming metaverse that allows users to discover the inspiration behind a new line’s launch or give hands-on education about new materials at a far faster and more flexible pace. Users are very focused and engaged with entertaining, educative, and creative gaming content.

WinkyVerse’s parent company, MainBot, was founded in 2017 at the Ecole Polytechnique (France’s top engineering school). The objective of Mainbot was to use modern technology to improve children’s education and prepare them for the future.

Its initial iteration, Winky was built to assist youngsters in introducing them to new technologies such as AI, Robotics, Programming while also providing activities to improve their memory, attention, and other skills. Although Winky was initially built for children’s education, it has expanded to help both adults and children get educated more entertainingly and fascinatingly.

Since its launch, Winky has amassed great success. The AI Robot is currently available for purchase across the world and has been embraced by tens of thousands of homes. They have also received extensive media attention from CNN, BBC, and more than 250 other outlets.

WinkyVerse has also completed €2 million in funding and now the company is seeking further expansion by getting involved in the blockchain industry and looking to raise an additional €20 million via a token sale on October 25th, allowing them to create an educational metaverse and its crypto, $WNK, the ecosystem’s essence.

WinkyVerse will issue a series of NFTs to commence the project, releasing them in batches beginning October 18th at the Minting Price of 0.07ETH. WickyVerse NFT holders will be eligible for several perks, including a $WNK airdrop, ETH and NFT raffles.

Meet the WinkyVerse Team of professionals and backers.

The WinkyVerse team is a fine mix of both professionalism and several years of relevant industry experience. The education games metaverse project is headed by CEO Boris Kesler, a serial entrepreneur, and AI specialist.

The project is being rallied behind by 24 other team members including professionals in gaming, education, technology, and communication. WinkyVerse has a portfolio of renowned/well-known advisors/investors including Sebastien Borget, co-founder of The Sandbox Game, Nicolas Gilot, CEO of Ultra, Mickael Canu, CEO of Ternoa, Kyle Chassé, CEO of Paid Network and Master Ventures and some of the greatest individuals in the gaming and robotics industries.

While the gaming metaverse continues to gain relevance and massive adoption, WinkyVerse has strategically positioned itself to lead the global education games metaverse and reengineer what we know to be a conventional learning process.