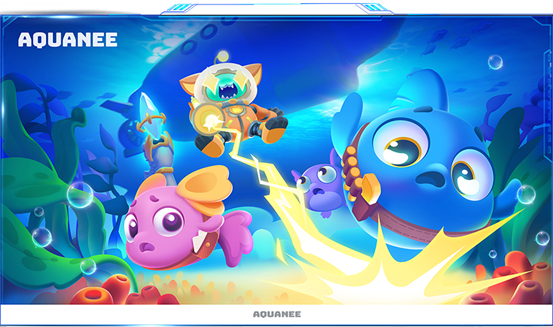 Since 2021, GameFi has gradually entered the mainstream with the concept of “Play To Earn” and achieved explosive growth. In particular, Axie Infinity, as the most typical example of the new game economy model, has made the “Play To Earn” model popular around the world overnight. It opens a whole new development and imagination space for GameFi.

However, although P2E mode enables people to earn income by playing games and trading NFT, thus opening the development space of GameFi, it is undeniable that the traditional “Play To Earn” mode must be improved as the development of GameFi. Ultimately, it needs to improve the playability of GameFi, giving GameFi a real “Play” attribute.

As a large gaming ecosystem built on a blockchain gaming platform, AQUANEE aims to build GameFi where players can enjoy the real value of the game through a diverse ecosystem covering the game project, DEX and NFT markets, so as to create value as well as leisure.

Unlike many Axie card games, AQUANEE is more like a blockchain version of 3D Coin Master, which not only strengthens the social attributes but also inherits the classic strategic gameplay of traditional SLG, which has greatly improved its competitiveness in the market. 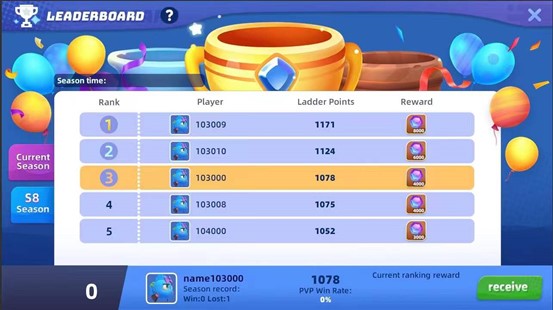 Ladder ranking of all players 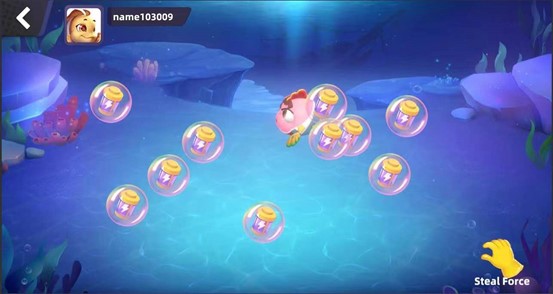 Players can steal from other players’ territory

The game is set in a world inspired by sea creatures, which is similar to Coin Master‘s gameplay, AQUANEE uses lucky GAME’s random steps to help players randomly select missions for upcoming adventures, either to participate in a PVP battle or to earn rewards directly from the system. Before entering the game, the player must incubate and cultivate their pet AQUA, which is randomly incubated and born with certain experience attributes that help the player earn token NEE rewards in random missions. If you enter battle mode, you will need to arrange your platoon and battle strategies based on your AQUA qualification to obtain survival resources and collect and nurture AQUANEE world resources to build your own kingdom and save their inhabitants from war and extinction. AQUA can explore the world on its own or as a team — players can fight each other in tournaments of different seasons and join guilds for adventures.

In AQUANEE, players can attack other players’ territories, destroy their ornaments and earn NEE, or “raid” by digging up buried treasure in their territories. AQUANEE will continue to introduce this kind of community interaction to enhance the social nature of the game.

AQUANEE adopts Unity3D modeling to provide a mobile game experience for players and their compatibility to the maximum extent, making the experience of the GameFi screen finally changed, and gradually comparable to the look and feel of traditional online games. 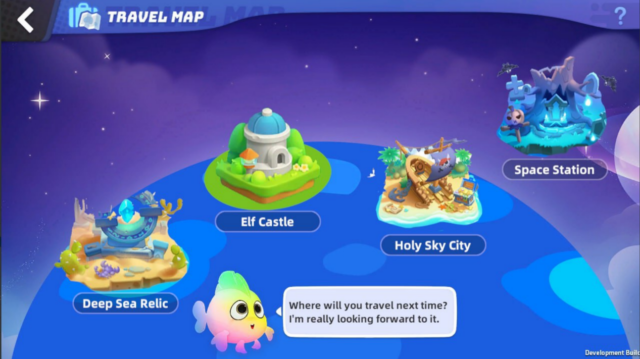 In order to make AQUANEE a complete metaverse to provide a richer game experience for players. In addition to PC and mobile games, AQUANEE will provide players with VR versions of its games in the future, which can be used on wearable devices after launch. Currently, the Meta version of AQUANEE has been connected to VR. It can be imagined that users can enter AQUANEE’s three-dimensional world from the perspective of God through VR equipment, or as AQUA they raise. They can personally experience the exploration events in the game, or get NEE and AQDC into the bag, or form a team with other Aquas to participate in the battle, and wander in the territory of their own civilization stage. 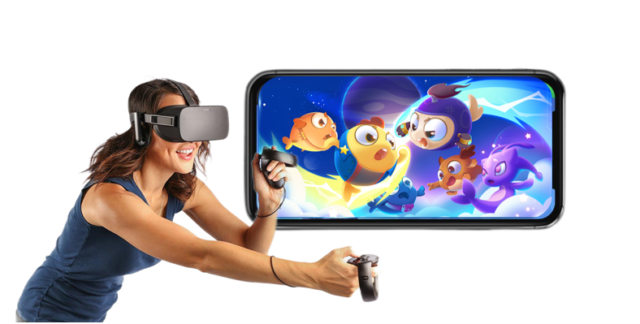 AQUANEE, on the other hand, plans to introduce its own virtual idol endorser, which will not only give the game a stronger brand power but also replace the game host and allow users to interact with the game live. Maybe the spokesperson is introducing a new way of playing the game, or maybe the spokesperson is fighting with the user in a team in the game, which can provide users with an unprecedented new experience of the game. AQUANEE IP, which includes virtual anchors, apps, short videos, and so on, could be the answer to the “metaverse” that the market has been looking for.

At the same time, most of the AQUANEE team members are veterans of the traditional game industry, rich experience in game development can not only guarantee the quality of the game. It also brings certain channel advantages and user accumulation to the game, and on this basis, it can also promote the conversion and entry of a large number of traditional game users. The clean version is also scheduled to launch within a month on Steam and other app stores like Google Play and Apple Store, and the technology and product rollout has been progressing according to the roadmap.

The future of AQUA Public chain can be expected

In the game development stage, in addition to joining the game development team and public chain development talents, AQUANEE’s development team also takes into account the difference in user experience brought by blockchain performance. In addition to improving game mechanics, AQUANEE will also launch its own public chain and authoring tools to facilitate long-term ecological expansion. All AQUANEE players can invest in UGC creation to create their own unique home. Creators can also sell and gift their unique UGC home works as NFT assets in the ecology, and get corresponding copyright income and sharing rewards, gradually forming a strong AQUANEE ecosystem.

AQUA public chain has developed a series of supporting tools, such as DEX, Wallet and open platform SDK, which provide a great guarantee for the benign operation of the economic model and the circulation and security of user assets. AQUA public link will launch the SDK to facilitate the one-click access of third-party game developers, completing the transition to GameFi. The cross-chain cooperation of the AQUA public chain is also reflected in that all NFT products on the market are connected to AQUANEE through the link bridge of the underlying technology of the AQUA public chain, so as to realize the great integration of AQUANEE metaverse.

In order to run a GameFi consistently and successfully for the long term, it is necessary to think from multiple dimensions, to build a complete ecosystem to lower the barriers for users, and to combine the operational planning of the game with rapid iteration to meet the increasingly diverse needs of users.

According to DFC statistics, nearly one-third of the people on the earth are playing video games, among which 2.1 billion people play at least once a month and have strong purchasing power. The global market value in 2020 is 162.32 billion dollars, and it is expected to reach 295.63 billion dollars in 2026. The compound annual growth rate from 2021 to 2026 is projected to be 10.5 percent.

AQUANEE, with the support of DeFi, NFT, metaverse, etc., and its own unique economic model and GameFi method innovation (team fight, VR/AR, etc.), creates a new GameFi experience that is different from the past. This kind of interactivity and high openness cannot be realized by traditional games. So AQUANEE’s experiment is worth keeping an eye on, given the ups and downs of the development of the GameFi industry.