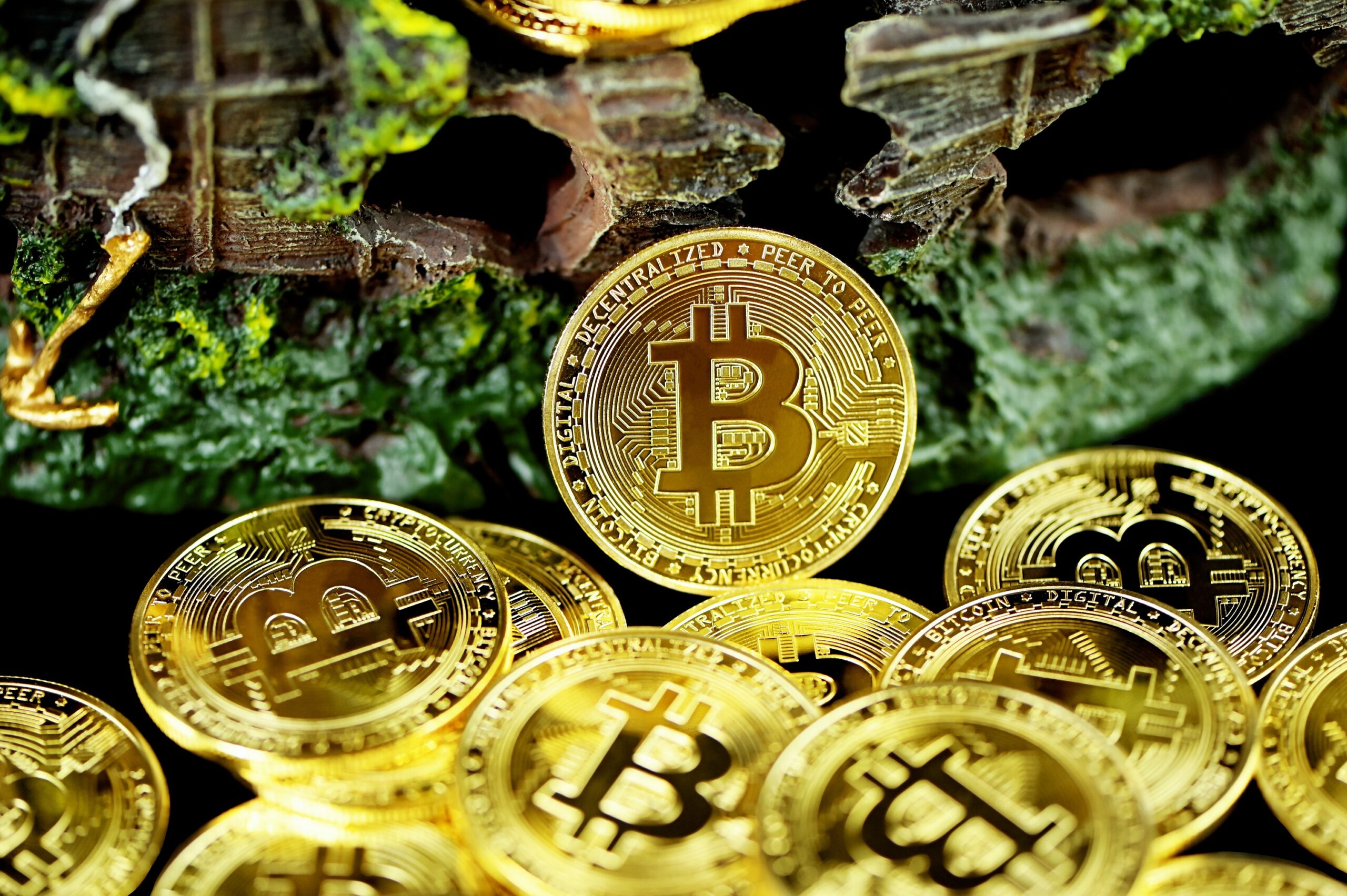 The average amount of Bitcoin transaction fees has declined around 26% over the past week. Here are some possible reasons behind the trend.

Why Are Bitcoin Transaction Fees So Low Right Now?

As per the latest weekly report from Arcane Research, the average transaction fees per day was around $966k last week, but it has now fallen down to just above $700k.

This is a decline of 26% in the past seven days alone. But, even before this drop, the fees have been quite low since a while now.

There could be various reasons behind this trend. One of those may be the rapid growth of the Bitcoin lightning network, where transactions happen off the chain.

However, the report suggests other factors might be larger contributors to the low fees, such as the decongestion of the mempool.

When a transaction is made on the Bitcoin network, it waits in the mempool for confirmation. As a BTC block has a fixed size of 1MB, a bloated mempool may mean miners would prefer to handle the more lucrative transactions.

During these situations, users start paying higher fees so that their transactions don’t get stuck in the mempool. This leads to an overall raise in the fees.

The average transaction count has also dropped significantly in the past few months. In early 2021, there were more than 350k transactions happening on an average per day, but now that value has dropped to between just 270k to 280k.

A huge reason behind the plummet in the fees could be the increase in the use of Segwit transactions. This is a type of transaction where the signature is removed so it costs lesser fees.

Here is a chart that shows how the adoption of Segwit transactions has grown compared with the Bitcoin fees: 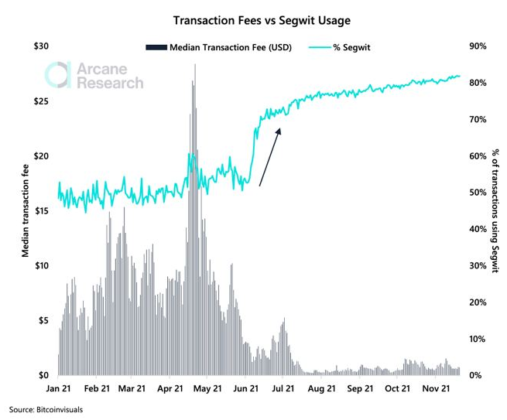 As the above graph shows, while the median transaction fees has gone down since May, the Segwit usage has seen a sharp increase from 50% to more than 80%,

The report also mentions that batch transactions may be another driver of the decline. As a single Bitcoin transaction can have multiple recipients, batching can reduce the fees.

At the time of writing, Bitcoin’s price floats around $56.6k, down 6% in the last seven days. The below chart shows the trend in the value of the crypto over the past five days. 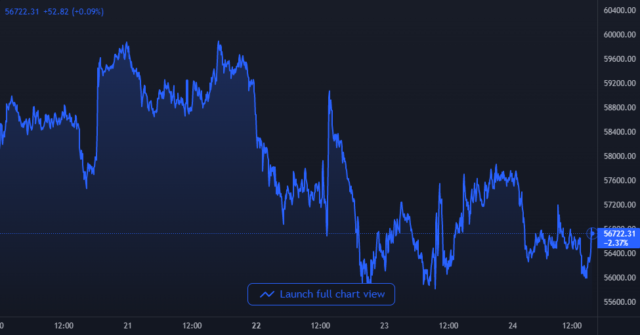