What Makes an ICO Truly Successful? Hint: It isn’t the Money

With so many ICOs to choose from, and more launching nearly every day, how do you know which ones have the most potential? What makes an ICO successful?

Okay, it’s the money – at least in part. When it comes to the long-term success of an ICO, however, one critical factor is coin utility. If a coin has no purpose other than to be bought and sold on an exchange, there is no room for it to grow. There are hundreds of altcoins languishing on exchanges right now that can attest to that. Coin utility is a concept that is frequently bandied about by ICOs but is seldom understood or applied correctly. With over 900 ICOs currently underway, how do you separate the wheat from the chaff? Perhaps the most crucial filter is one that makes Bitcoin successful as a cryptocurrency, that of fungibility.

Where Most ICOs Fall Short

Most ICOs have great marketing campaigns, good looking sites, even great business ideas. Where they fall short, however, is in identifying a clear path to demonstrating fungibility. This is cryptocurrency’s Achilles’ heel and perhaps its biggest failure. Those cryptocurrencies that are able to demonstrate fungibility will emerge as leaders in the cryptocurrency space while the rest will go the way of the dinosaurs. This is why Bitcoin is experiencing record price hikes; because people can identify its fungibility and coin utility and therefore store of value and digital gold ideas emerge.

So how does a coin attain fungibility, given that it marks the difference between success and failure? Fungibility is powered by coin utility –  a coin’s ability to be used in multiple places as payment or tender for services rendered. This is what makes the coin store value and act as a transferring or transacting agent. Very few altcoins have focused on this key feature. hoping that trading and novelty alone will be enough. Unsurprisingly, their value falls through the floor once listed on an exchange and then most of us are left wondering what just happened. A helium inflated balloon; fast deflated. Very few offerings ongoing currently have been able to distinguish themselves apart in this regard. 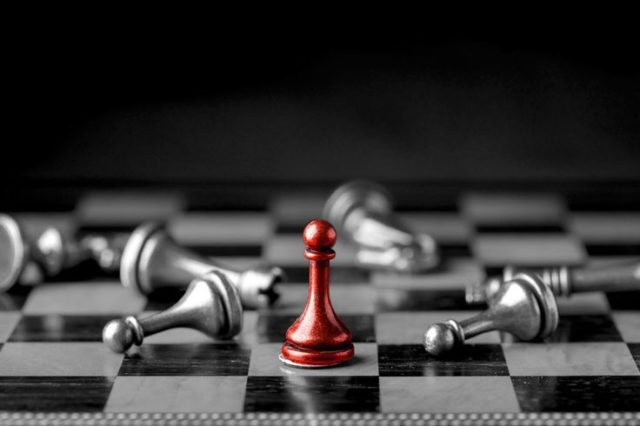 One ICO that does manage to set itself apart in this manner is 4NEW. The entire business model of 4NEW is reverse engineered for coin utility and fungibility. The company has already raised over $30 Million USD in institutional funding from more traditional avenues in order to build a Waste to Energy plant and recently launched its crowdsale where they are seeking to raise $9.5 million. There are currently 6 days remaining until the end of their ICO.

The Waste to Energy plant not only solves two significant social concerns, those of waste surplus and energy shortfall, but it also ensures the widespread adoption of FRNCoin (4NEW’s cryptocurerncy). All future sales of the Waste to Energy plant will be transacted over the 4NEW blockchain, enabling the ability to make and accept timed payments between businesses. The FRNCoin will hit the ground running, with a strong foundation of demand already baked into the coin, which provides pricing stability and consistent liquidity in the coin.

Like any successful cryptocurrency, 4NEW is seeing the swift adoption of, and demand for, its coin well in advance of the launch of its first plant. Beginning in 2018, FRNCoin is set to be accepted by business across several industries, including Healthcare, Pharmaceuticals, Health Insurance, Telecommunications, Credit Card processing and Money Transfer services. The addition of new businesses and industries is expected to continue at a feverish pace throughout the year. As 4NEW continues to add more business consumers, a Top-Down approach to widespread adoption and utilization will begin. Over time, adoption will permeate the masses, leading to another successful cryptocurrency very similar to Bitcoin.

Fundamentally speaking, the only real difference between Bitcoin and 4NEW is the coins’ adoption approach. Whether by design or by happenstance, Bitcoin adoption has been a Bottom-UP process – a sort of grassroots movement where, by virtue of the people (the crypto community) adopting the coin, businesses find themselves having to adopt it as well in order to stay competitive. This strategy usually takes longer, however, it also given the community an awareness and wider acceptance of cryptocurrency today.

Like Bitcoin, 4NEW will also act as a store of value over time, however, it utilizes the Top-Down approach to adoption. A market for the adoption of its FRNCoin is already being established across several industries so that, at the conclusion of the ICO, token holders will be able to use the coin as a means of payment. The credibility of this offering is further cemented by the company’s recent affiliation with the Imperial College of London, a 110-year old academic institution with a pedigree track record.

Nobody can guarantee the future performance of any token or ICO project, of course, but 4NEW has all the earmarks of becoming a lasting example for future success stories within the cryptocurrency community.

Will a Top-Down approach to coin adoption pave the way for widespread consumer usage? Will it drive interest in ICOs that employ it? Let us know in the comments below.