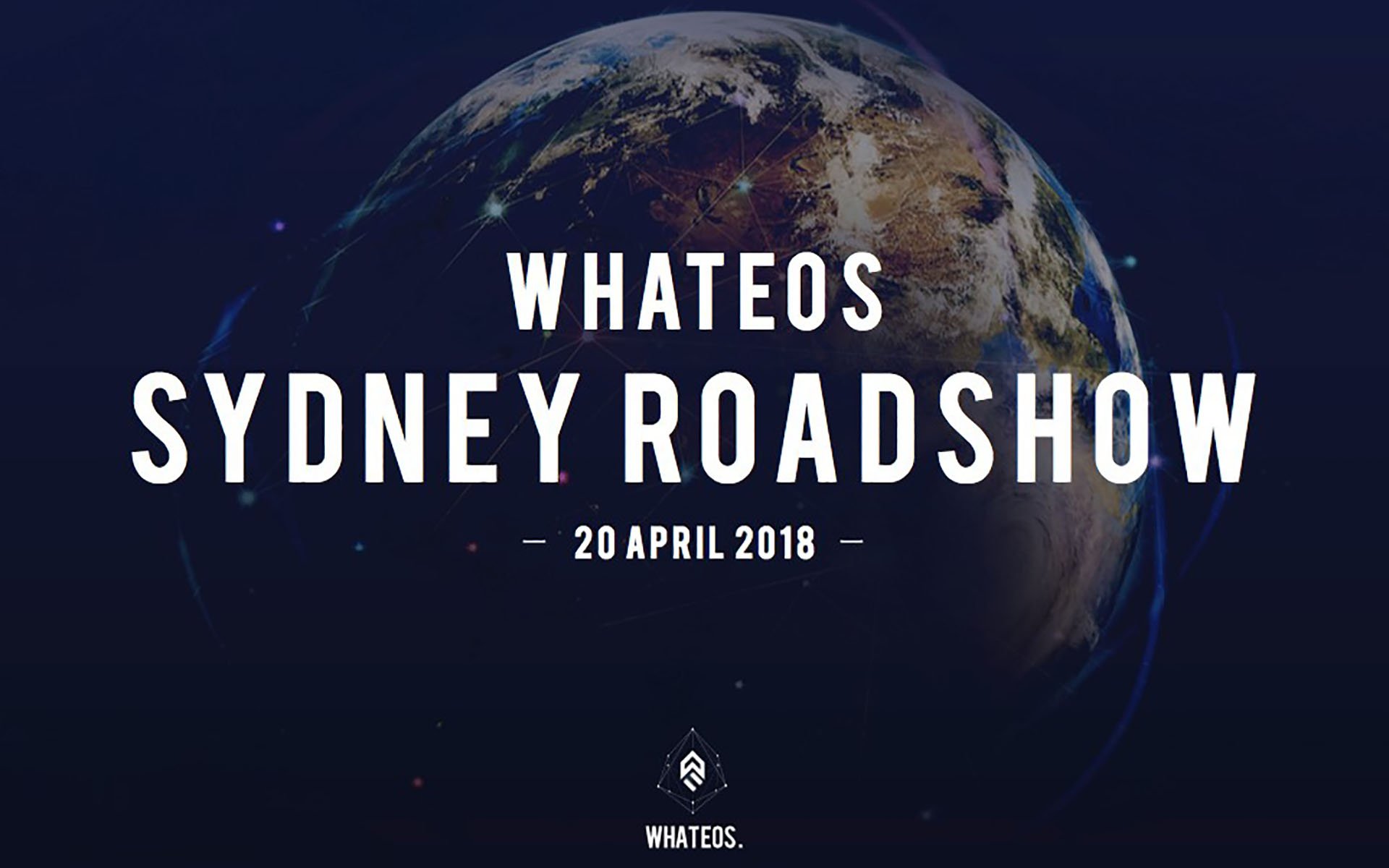 April 24, 2018 – Sydney, Australia – WhatEOS, an organization regrouping a community of EOS enthusiasts formed by companies supporting EOS blockchain technology including CollinStar Capital, successfully held its first roadshow in Sydney, Australia, on April 20, 2018. At the event, held at Sydney’s Portside Centre, WhatEOS was introduced by marketing representative Acqeel Ziyad and security manager Roger Zhou to a full room of entrepreneurs, Blockchain, and cryptocurrency specialists. The next stop will bring together EOS fans in Melbourne in May.

The event was held in the presence of Jayden Wei, Managing Director of CollinStar Capital, and moderated by Acqeel Ziyad, who on top of being a marketing representative for WhatEOS, is the co-founder and editor-in-chief of Fintech Review – a publication focusing on the intersection of finance and technology. 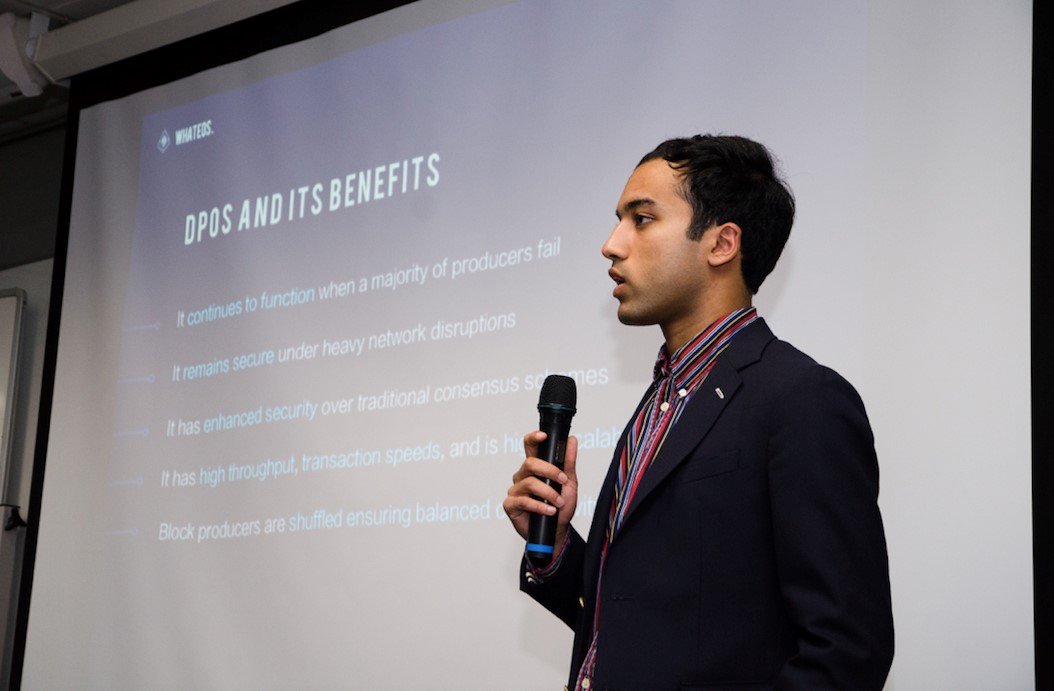 During his presentation, Acqeel emphasized that:

EOS is a leader in the Blockchain sphere globally. Technologies being developed by the team are going to have a major impact on the way people see parts of Blockchain technology, most notably consensus algorithms such as EOS’ DPoS mechanism.

Roger then introduced the organization as one aiming to become Oceania’s most stable and secure EOS Block Producer (BP). EOS Block Producers are points of connection in a Blockchain which collect transactional information and pack them into blocks. According to the EOS.IO Technical White Paper, the consensus algorithm utilized by EOS – Delegated Proof of Stake (DPoS) – requires 21 Block Producers to run the entirety of the EOS network.

Block Producer elections help mitigate centralization and maintain the stability of the EOS network. Using the DPoS algorithm, those who hold EOS tokens can vote for Block Producers through a continuous approval voting system. Anyone can choose to participate in block production and will be given an opportunity to produce blocks, provided they can persuade token holders to vote for them. 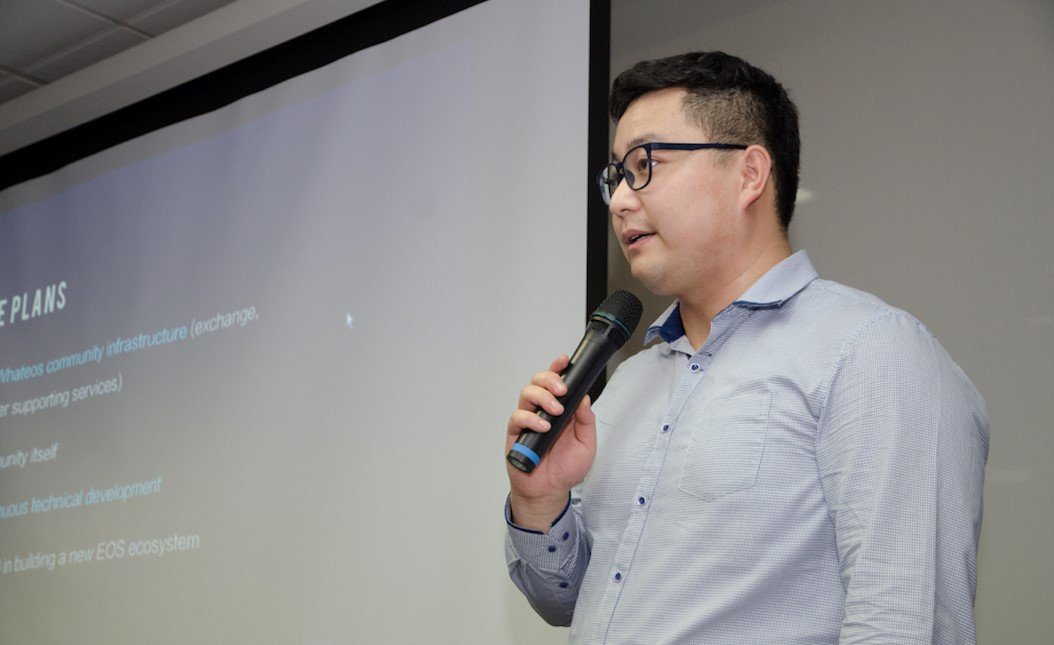 Roger explained that to achieve this:

WhatEOS uses local and cloud servers to store data, creating a hybrid system which will adopt the advantages, and alleviate some of the disadvantages of both systems. They take a multi-regional approach to building the node, which will help prevent it from facing certain geopolitical obstacles while ensuring that it won’t be exclusively running in one single country for security and availability purposes.

WhatEOS consists of an exceedingly experienced and educated team, including members of many other highly successful Blockchain projects, exchange platforms, and related companies. Many members of the team have previously worked on projects together and are able to communicate effectively with each other.

WhatEOS has a number of co-sponsors, providing funding to set up the crucial infrastructure to run the system. These consist of the aforementioned CollinStar Capital; Hyper Pay – a company providing a multi-functional zero-fee digital asset wallet; and JNB – an exchange platform based in Japan, focused on providing strong service, security, and support.

Additionally, there are four main strategic partners joining WhatEOS. These are: Alibaba Cloud, who will be providing WhatEOS with world-class cloud computing infrastructure; Hatchstone, a VC investment and advisory firm, which will be providing legal and compliance advisory; and HPX, a cryptocurrency exchange with a focus on providing RMB pairs for leading cryptocurrencies with zero-fees for EOS trades. Finally, the CollinStar Joint Laboratory, based at Monash University’s Clayton campus in Melbourne, with a newly established arm at Hong Kong Polytechnic University, will provide necessary academic research to assist with WhatEOS’ future services.

The WhatEOS ecosystem is held accountable by a three-part system. Firstly, with a range of rigorous internal control measures, then using professional external auditing services to act as a more in-depth accountability system, and lastly by the community, ensuring that WhatEOS works in the best interests of the EOS and Blockchain community. The architecture of WhatEOS’ server is highly capable, with an advanced security design, incident response plan, and robust disaster recovery strategy. This, alongside WhatEOS’ technical capabilities including all aspects relating to the industry – from research to building core infrastructure, to complex management systems, to app development, and beyond, makes it a top-tier competitor in the race to become an EOS Block Producer.

ANON Summit is Set to Exceed All Expectations This Year

ANON Summit is returning to Vienna, Austria for its second edition. The comprehensive two-day conference will take place from 15-16th of April and is expected to gather more than 1000...