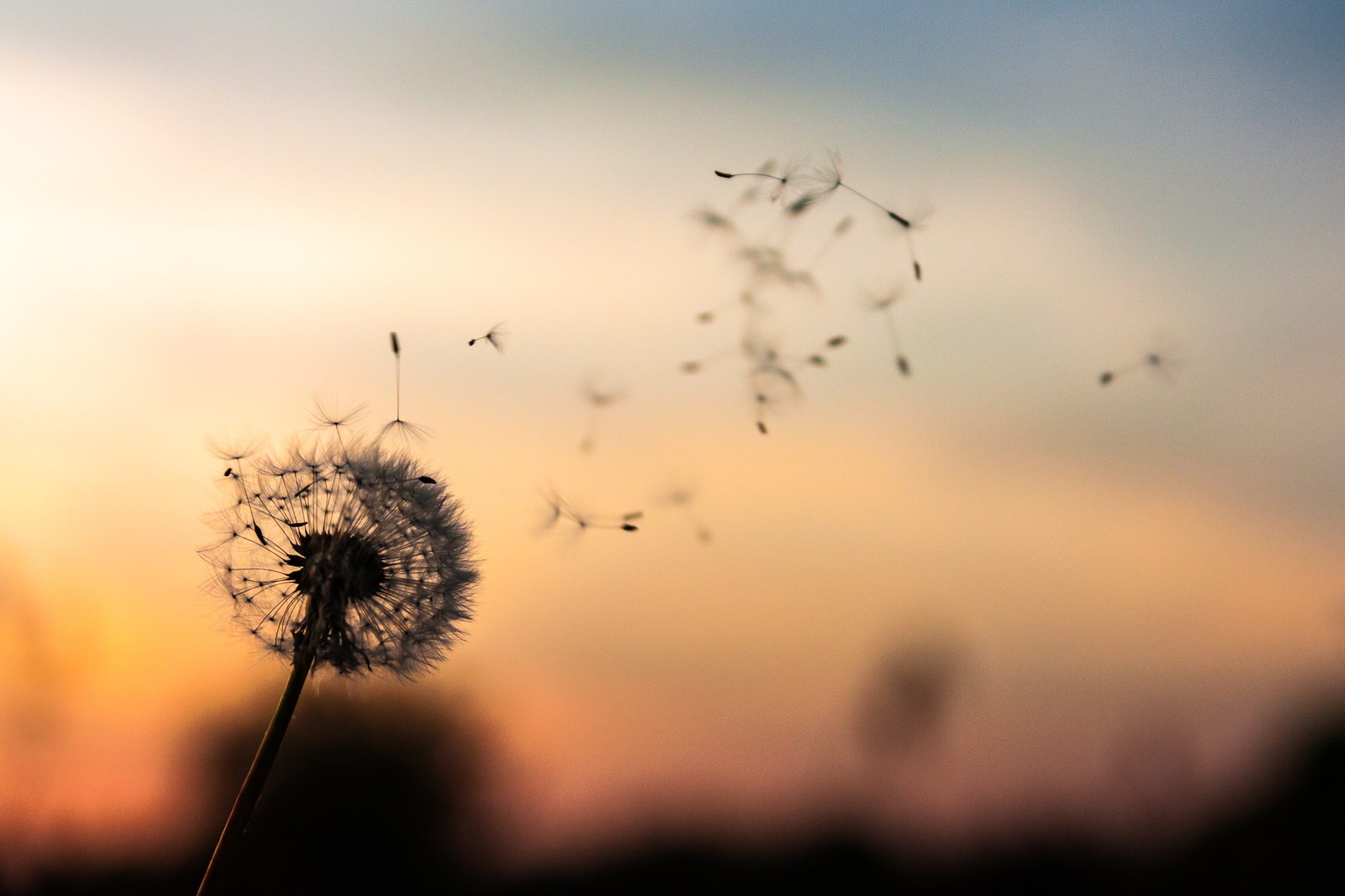 It has been hard to miss the recent tweets from newfound Bitcoin bull Robert “Rich Dad” Kiyosaki. The Vietnam veteran, best known for his book “Rich Dad Poor Dad” on financial wellness and success, has been putting his foot to the gas recently in promoting the leading cryptocurrency, gold, and silver.

His reason is simple: the Federal Reserve, the central bank of the U.S., has been taking increasingly more dramatic actions to stave off a crash in the global economy.

Why “Rich Dad” Is So Bullish on Bitcoin

As the coronavirus outbreak has spread around the world, governments and central banks across the globe have pulled out all of the stops, so to say, to stem the economic effect of the virus.

The Federal Reserve has gone into overdrive, printing billions of dollars, bailing out companies in the form of buying their debt and injecting liquidity into capital markets.

This collective push for stimulus hasn’t gone unnoticed amongst the investor committee. Kiyosaki, for example, went as far as to ask in a recent tweet if the “Fed is broke,” claiming that the coronavirus rescue bill by Congress gave the Federal Reserve billions. 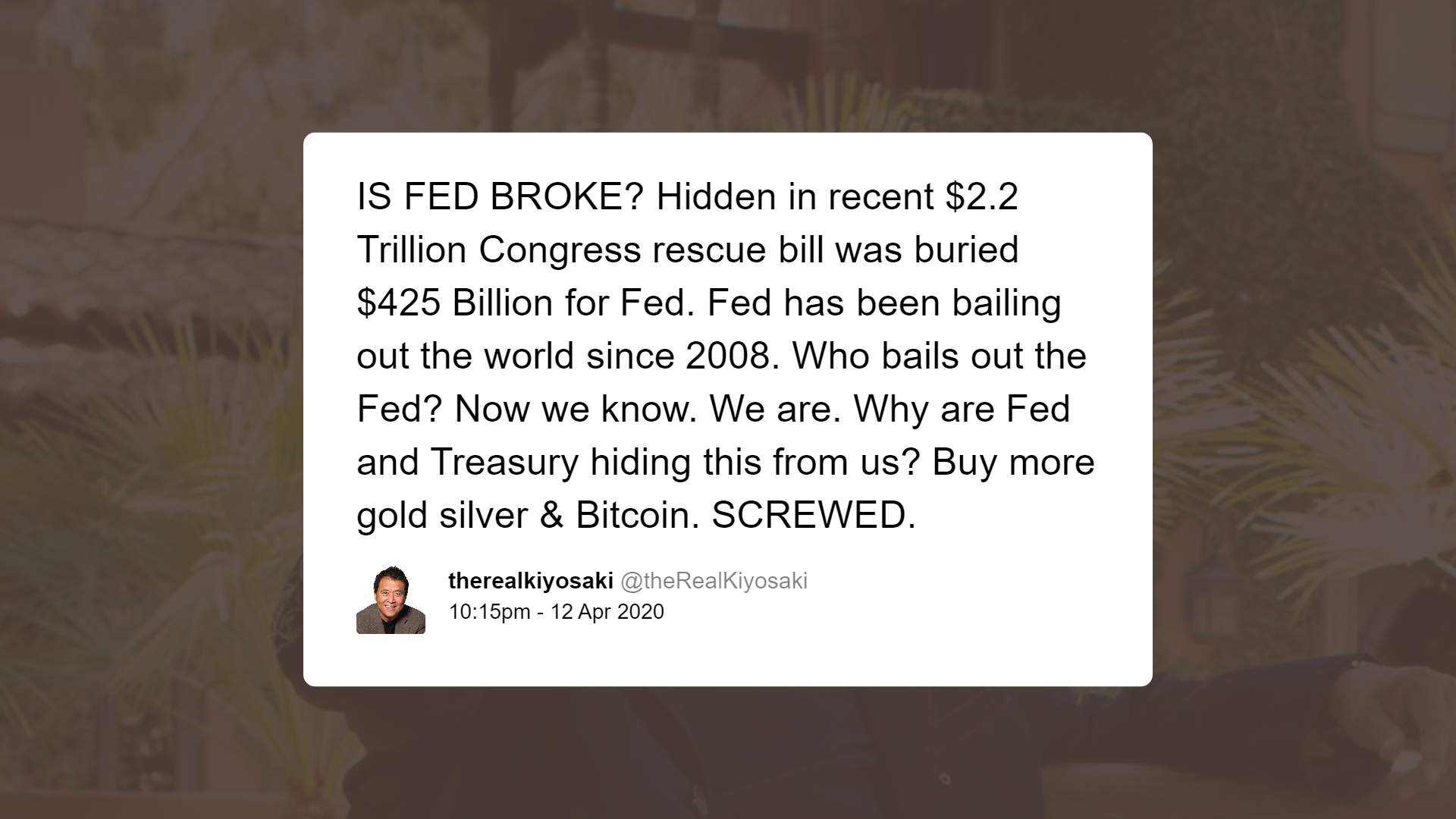 The prominent financial educator added that with this in mind, he thinks it wise to “buy more gold, silver, and Bitcoin.”

Kiyosaki’s thesis behind these statements is that unlike fiat money that can be printed by the powers that be, precious metals and BTC are scarce. Furthermore, as he fittingly put earlier this month, Bitcoin is the “people’s money.”

Although Kiyosaki has made his stance clear that he believes the Federal Reserve’s actions will be a boon for Bitcoin, he hasn’t exactly tipped his hand as to where he expects the cryptocurrency to rally to.

Arthur Hayes, on the other hand, has some answers. In a recent edition of “Crypto Trader Digest,” a regular newsletter penned by the BitMEX CEO and his team, Hayes explained that he thinks BTC is still on track to hit $20,000 by the end of 2020.

The sole catalyst the exchange CEO mentioned was the stimulus by the “cabal of central banks” and the governments of the world, which he expects to cause rampant inflation in a way beneficial to gold and Bitcoin:

“Everyone knows the shift is upon us, that is why central bankers and politicians will throw all of their tools at this problem. And I will reiterate, that is inflationary because more fiat money will chase a flat to declining supply of real goods and labour.”

Some have been even more optimistic; for instance, Chamath Palihapitiya — one of Facebook’s earliest executives and the CEO of Social Capital — explained in a recent interview with Anthony Pompliano of Morgan Creek Digital that he sees scenarios in which BTC reaches “millions of dollars” as central banks try and print their way out of a recession or a deflationary spiral.

Bitcoin is currently consolidating following its sharp decline seen yesterday The cryptocurrency is lacking momentum as its bulls and bears both seem to reach an impasse, which has...