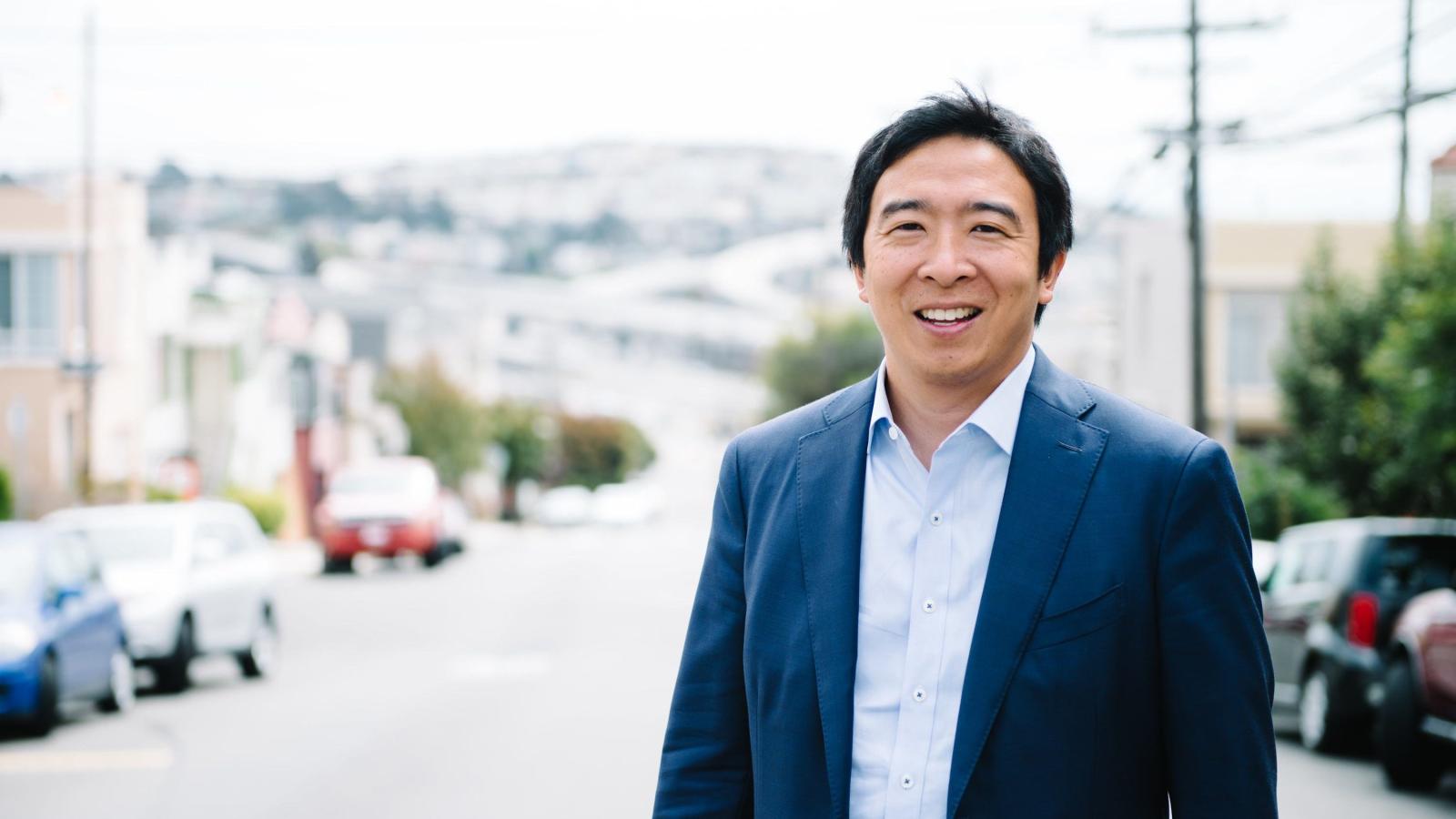 Why Bitcoin Price Would Skyrocket If Andrew Yang Becomes President

Andrew Yang, the pro-Bitcoin 2020 US presidential election candidate, wants to pay every adult American a universal basic income (UBI) of $1000 a month, which would likely be very bullish for bitcoin price.

Bitcoin Price Would Benefit From UBI

Yang, who will run as a Democrat candidate, is a self-described “serial entrepreneur” and “opposite” of current president Donald Trump.

His social support scheme, funding for which is currently a hot topic of debate on social media, he has called the ‘Freedom Dividend.’

“Universal Basic Income is a policy where every member of a society, in this case, every American citizen, gets enough money to meet his or her basic needs,” Yang explained in a promotional video uploaded on CNBC March 21.

“So in my plan, the Freedom Dividend, every American adult turning age 18 would receive $1000 a month free and clear to do whatever you want.”

The scheme would naturally involve increased money printing, if not quantitative easing (QE) on steroids. This would inflate the money supply even further and likely cause prices to rise.

In turn, bitcoin price would likely rise as well since its supply is hard-capped at 21 million. According to Gresham’s Law, bad money would drive out good money, which in this case would be bitcoin that people would be incentivized to hold as a store value against a constantly depreciating currency like the US dollar.

As Bitcoinist reported this week, Yang has a history of embracing innovative economic concepts which have until now broadly remained confined to niche areas of society.

Among those, in addition to UBI, is cryptocurrency as a mainstream financing tool. Yang has publicly mentioned Bitcoin and his affinity for it since at least 2013, while last year he began accepting cryptocurrency payments for his presidential campaign.

Unsurprisingly, then, the UBI proposal drew wide praise from the cryptocurrency community on social media.

Discussing how he would fund the Freedom Dividend, Yang gained the support of Max Keiser, a serial Bitcoin bull who remains highly critical of US debt-driven economics.

Yang said he would, in fact, increase gross national debt at first, but reap back benefits in added productivity and tax restructuring.

“It would not cause much inflation, would be good for business, and help millions of Americans towards better opportunities in life,” he wrote on Twitter Thursday.

Good companies invest in their people. It is time we do the same.

Other reactions to the UBI scheme came from figures such as trading guru known as Vortex, who praised the argument as being “based on logic and data.”

Detractors criticized the mounting debt problem, which has become a sore issue for many after the overall US debt pile frequently rose to new record heights.

“The things I’m recommending are not pie-in-the-sky or utopian at all; they’re actually things we should have done years ago,” Yang concluded in the promotional video.

The presidential hopeful is not the first politician to spotlight UBI. Elsewhere, Finland concluded a trial of a real-life UBI scheme last month, which nonetheless showed only modest benefits for the economy.

The trial involved 2000 randomly-chosen citizens who each received €560 per month for two years.

“Overall, the number of days in employment, and total labor market earnings, were no higher for those receiving the basic income than for those in the control group,” a report into the results by The Conversation summarized.

Yang has not explained whether or not the Freedom Dividend could involve cryptocurrency.

What do you think about Andrew Yang’s UBI concept? Let us know in the comments below!