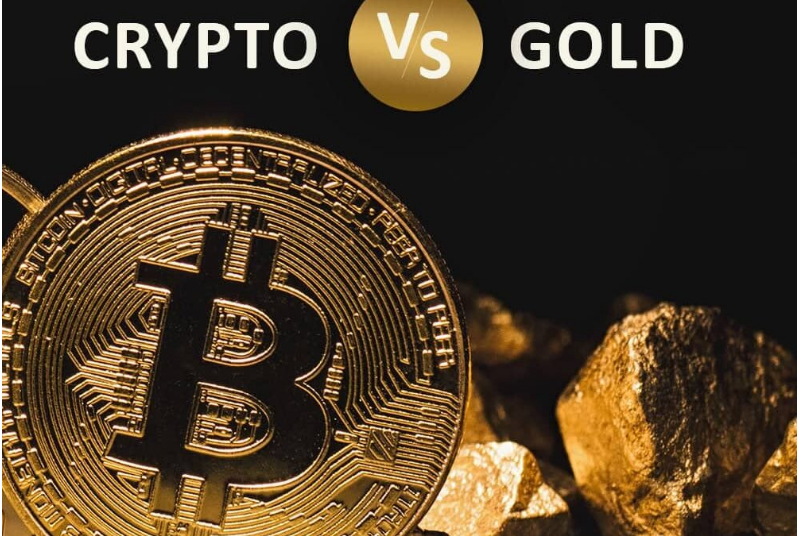 Why Crypto Is ‘The Better Bet’ Compared To Gold, According To Ethereum Co-Founder Vitalik Buterin

Crypto assets like Bitcoin and Ethereum can no longer be considered as just tenants in the outskirts of the world’s current financial system.

They have already matured in such a way that they are now the driving force behind a digital revolution that is fuelled by enthusiastic investors that recognize their potential not only as store of value but also as source of profit.

It came to a point when some believed that a cryptocurrency like Bitcoin might end up as the go-to option for investors after the COVID-19 pandemic for them to address issues like price instability, extreme risks and economy crippling conflicts such as Russia’s invasion of Ukraine.

With BTC capturing the interest of prominent individuals, companies and even countries, crypto assets are once again pitted against the precious metal industry frontrunner, gold.

Related Reading: Bitcoin Breaches $20,000 Level – No Big Deal For Investors Or What?

Soonish author Zach Weinersmith recently posted a query on Twitter about the advantages of cryptocurrencies over gold.

Vitalik Buterin, the co-founder of Ethereum, replied to the writer’s post, saying that crypto is the better bet. He went on to say that gold has “less adoption” compared to the digital asset class.

“Gold is incredibly inconvenient. It’s difficult to use, particularly when transacting with untrusted parties. It doesn’t support safe storage options like multisig. At this point, gold has less adoption… so crypto is the better bet.”

Currently, there are no recent data to quantify gold’s mass adoption but while it has a total market cap of $10.990 trillion, it doesn’t possess versatile utility that crypto assets are known to have.

The latter, which is sitting on an overall valuation of $1.02 trillion, can readily be used for trading, payment and as governance tokens for platforms that run smart contracts.

Buterin, despite being welcoming to this remark of the personal finance book author, said it is unlikely that cryptocurrencies will not come to a point of assuming control of the international monetary system.

The Ethereum co-founder conceded that fiat or traditional currencies that are backed by governments will continue to dominate over Bitcoin and related asset class.