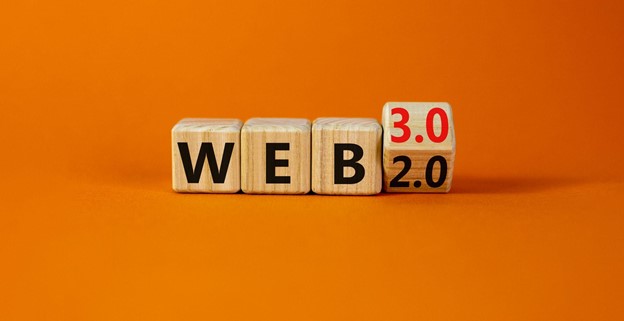 Why The Web3 Industry is Going to Explode in 2022

The web3 industry came and took everyone by surprise with new terms, concepts, and innovations that even world governments don’t quite understand yet. Experts predict that most people will want to jump into the web3 space as the fear of missing out (FOMO) rises.

This year, the web3 industry is going to explode even further. Web3 technologies shall change many things, with the additional layer of the internet ruling over everything. Several industries shall taste the fire and fervor that currently has web3 evangelists buzzing.

We must explore the primary concept of the exchange of assets first.

We Need Payments For Needs

Payments are compulsory for needs.

It allows for value exchange between buyers and sellers. People need to make payments as proof of value.

Historically speaking, and depending on the culture, payment forms have ranged from salt to coins and cowrie shells. The double-entry system of accounting was invented, and humanity put the foundations of the fiat money system in place.

Today, the existence of public ledgers and their digital assets made triple-entry accounting is possible. Cryptocurrency tokens derive their value primarily from the forces of demand and supply within the ledger ecosystems.

Humanity is a long way from using salt and cowrie shells, but the transition from fiat payment systems to purely digital systems has been difficult. The emergence of web3 technologies has enabled a smoother transition than previously because of the various benefits web3 tech offers humanity.

From the immutability of ledgers to security, transparency, integrity, and decentralization, these benefits will spur further adoption of web3 technologies this year.

The first generation web3 technologies were ledger-based transactions. “Commodity-type” transactions are the first use-case scenario of the web3 industry. It drives the first entrants into the space. They provide an alternative to the status quo.

With the emergence of the Ethereum Virtual Machine (EVM) and smart contract-capable ledgers, second-generation web3 technologies dealt with interaction for the first time. The emergence of the decentralized application (D’App) has given insights into the various kinds of utility that developers could exploit.

Last year brought a new generation of web3 projects to the fore.  Interactions took center stage, with a focus on the user experience.

From chain agnostic metaverses that dealt with play-to-earn games to niche-specific ecosystems that solve end-to-end problems, 2022 will be the year of web3 ecosystems.

One such example that is gaining popularity in the restaurant niche is Bistroo, an end-to-end ecosystem that allows for all activities within the restaurant niche (logistics coming soon). Merchants onboard easily and get access to tools that help grow their business. Access to credit is available as users invest with their favorite service providers.

It’s All About Adoption

As interaction within web3 ecosystems increases, the use-cases shall also rise. One area that has been gaining traction lately is the web3 gaming space. Gaming has been a core driver of the adoption of web3 technologies.

Web3 technologies offer so many benefits to gaming ecosystems. They enable interactions beyond just the gaming experience itself. For the first time in humanity’s history, the virtual economy has come to life in a way it never has before.

It already happened via the launch of “Spells of Genesis”, the world’s first blockchain-based mobile game.

The rise and use of Non-Fungible tokens as digital assets within gaming ecosystems give players the ability to trade, transfer and use digital assets in so many ways. Chain-agnostic development tools such as those offered by EverdreamSoft (EDS) and its Crystal Spark software suite of tools allow developers to create ecosystems that cut across blockchains.

These tools focus on the user experience while players get maximum utility. This year will be the year of independent projects that utilize web3 technologies for the users’ benefit, rather than focusing on blockchain-based projects.

What Does The Future Hold for The Web3 Industry?

While critics believe the web3 space is in a bubble. The adoption of these new technologies hasn’t started yet. It is just the beginning.

The web3 industry is a game-changer. It has redefined how technology should function and what it means to create value and utility. As the world continues to teeter on the brink of chaos because of the uneven distribution of resources and center-oriented control, web3 technologies provide a way out.

The democratization of resources is now possible, as anybody with the right knowledge can create digital assets or asset-based systems. Barriers to entry into wealth are flattened in a world where inflation runs rampant because of coordinated quantitative easing by central banks.

The global economy will recover (somewhat). The COVID-19 pandemic and its many variants begin to either disappear or become a part of our lives. Medications, vaccines, and other solutions shall appear on the scene.

By this time, activities will return, and web3 standards and technologies will become mainstream although niche because of the powers that those within the centralized realms hold over humanity.

Then an economic boom will kick in on a global scale because of the massive amounts of fiat money in circulation. There will be the appearance of wealth everywhere, as spending power shall increase; albeit temporarily.

Then the bust will come in all things because all that money was available and printed by the world’s central banks would have been spent by the majority. Most of the world will go into a tailspin, and another global economic crisis will occur. Except for those within the web3 industry because of the deflationary properties of web3 assets.

As the victims count the costs of centralization, the realization will hit many that the web3 industry is the future. It is that moment; the moment of mass adoption, when the world will come fully into the web3 industry, that many pundits are looking to.

Without a black swan event, the white swan event of web3 technology adoption shall not occur. The web3 industry will have its right of place and come fully into its own. Something that the industry is prepping for and shall take hold of when the time comes.