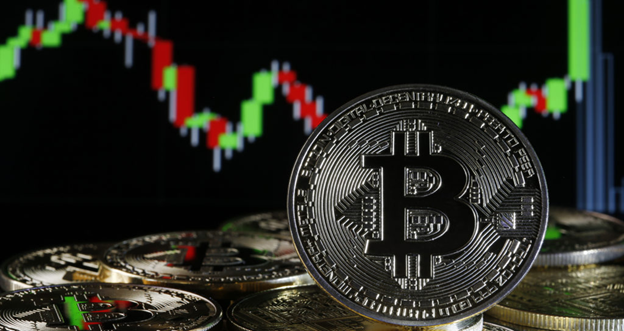 Will the Crypto Market Make a Comeback? A Look Into the Recent Downturn and What the Future Holds

The past few months have been quite brutal for the crypto market, both retail and institutional investors have lost a lot of money with the ecosystem wiping out close to 70% of the gains made during the 2020-2021 bull run. If you are a keen follower of the crypto market, you have probably heard of LUNA’s collapse, a $40 billion crash that has caused a contagion effect across the entire crypto space.

Contrary to what most crypto natives expected, the ‘supercycle’ narrative seems to have been a facade. As of writing, most of the crypto assets are way below their all-time highs (ATHs) and will likely take a while to recover given the prevailing macroeconomic conditions. What’s more concerning is the rate at which big players who were caught up in the LUNA chaos are filing for bankruptcy.

With over a decade in existence, who would have predicted that some of the largest and well funded crypto firms will go under almost at the same time? Well, thanks to the collapse of LUNA and Three Arrows Capital (3AC) overleveraged positions, several companies who had lent the latter are now facing insolvency. This situation has undoubtedly caused panic and uncertainty in the industry.

As one would expect, the companies affected by LUNA’s collapse and 3AC’s payment defaults have since moved to court to file for bankruptcy. They include Voyager Digital which recently filed for a Chapter 11 bankruptcy in the Southern District of New York to allow for restructuring and prevent further financial ruin. Notably, this crypto brokerage touted over 3.5 million users at the peak of the bull market, most of whom are now unable to access their funds.

Besides Voyager Digital, Celsius Network has also filed for bankruptcy in the same court. As per the recent documents revealed in court, this centralized crypto lending platform has a $1.2 billion gap in its balance sheets. Even worse, there is a likelihood that Celsius Network customers might be the last to be compensated according to Daniel Gwen, a business restructuring associate at Ropes & Gray,

“In particular, Celsius has pointed out in its pleadings that customers transferred ownership of crypto assets to Celsius, making those customers unsecured creditors. This detail may undercut customer expectations, who thought they were depositing their assets into a construct similar to a traditional bank,” Gwen informed Coindesk.

Meanwhile, a good number of crypto firms have recently announced a reduction in their workforce to cope with the tough market conditions. Some of the companies that have taken this route include Gemini, Crypto.com and Coinbase. According to Coinbase Co-Founder and CEO Brian Armstrong, the crypto exchange’s decision to lay off 18% of its employees is necessary to prepare for what might be another long crypto winter,

“We appear to be entering a recession after a 10+ year economic boom. A recession could lead to another crypto winter, and could last for an extended period,” noted Armstrong in a blog post.

Fundamental Development is Still the Alpha

While the ongoing market turmoil is a major threat to the future of digital assets, previous cycles have shown that crypto stakeholders emerge stronger after a bear run; in fact, die-hard believers are of the opinion that fortunes are made in the bear and harvested during the bull. This was the case in the 2014-2017 cycle, which ushered in the ICO era and 2018-2021, where Decentralized Finance (DeFi) and Non-fungible tokens (NFTs) took the day.

Similarly, there is a glimpse of hope in this cycle although it is not yet clear which niches will come out as the bear market winners. The staunch crypto industry builders are still focused on development, with exchanges like Binance and Kraken noting that they intend to increase their workforce. Could this be the sign that crypto is not dead after all? Well, it seems that we are not even close to such an extreme.

For the optimists, there is more reason to celebrate; the paradigm shift of DeFi innovations from speculative projects to tangible innovations. Just recently, Coinbase Custody International (CCI) announced the addition of 70 new cryptocurrencies to its product suite. One of the assets featured in this listing is the ORAI ERC-20 token, the native cryptocurrency for Oraichain (the world’s pioneer AI-powered oracle and ecosystem for blockchains).

“Oraichain is thrilled to have the ORAI ERC-20 token supported by Coinbase Custody International. As we continue to build enterprise-grade solutions for both institutions and retail, this is an important step towards the adoption of our AI Layer 1 for the Data Economy.” read a blog post by Oraichain.

With DeFi set to grow more popular in the next leg up, the current developments are an indication that fundamental development is still king in crypto. After all, the whole point of decentralized economies is to solve the challenges that face traditional finance as opposed to the widely spread narrative of ‘getting rich quick’. It is during times like these that the market separates the wheat from the chaff.

We are not yet out of the woods, there is still a lot of uncertainty on which direction the market will head in the next few months. Going by the latest crisis, one cannot afford to place all their eggs in one basket. What does this mean? It is no longer a ‘certain’ gamble as some had predicted it, the market clearly respects no one when it comes to corrections, especially with the high inflation rates across the globe.

That said, all hope is not lost; like the previous cycles, crypto will bounce back probably more stronger than ever before. This calls for the crypto natives to keep tabs on the developments to be able to identify which trends will dominate the next upward trend. More importantly, it is now the time to focus on the fundamentals, given that both regulators and traditional financial institutions seem to be having a vendetta against the upcoming Web 3.0 economy.