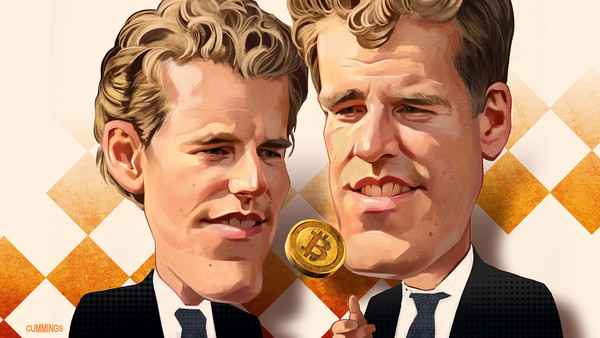 by Bitcoinist
in Markets and Prices, News
0

The bull case for Bitcoin is often expressed as an estimate of the future value of all Bitcoins in circulation once it reaches its potential. The most widely known estimate of its intrinsic value is $400 billion made November 2013 by the Winklevoss twins Cameron and Tyler at the “New York Times” Dealbook Conference. At that valuation Bitcoin would be worth 70 times its current value of $5.7 billion. That’s based on an April 8, 2014 price of $453 per coin for the 12,620,475 Bitcoins in circulation. Clearly, there’s a long way to go to reach $400 billion.

So, how did the Winklevoss twins come up with their $400 billion estimate, which Tyler Winklevoss says it just “a starting point” for what it may ultimately be worth? The $400 billion estimate, he explains in an interview, is not its value as an alternative currency. Instead, it is based entirely on the ability of the digital currency to provide near zero cost transactions across the world, from the least developed to the most developed nation, from the tiniest micropayment to the largest, while its encryption and tracking of all existing coins eliminates the cost of fraud from the transaction.

“If you think of what Bitcoin’s benefit is in terms of payments, it’s a transaction free, borderless global payments system,”

“It’s just like someone sending an email to Hong Kong. It happens instantly and free.” In this way the digital currency is superior over all current payments systems, he contends. “ It replaces the intermediaries and the third party referees, it replaces all the costs associated with them with elegant math, and as a result, it reduces those costs,” Tyler explains. “As a result, its intrinsic value is that it takes all those costs out of the legacy system we’ve known for so long.”

The Winklevoss twins, made famous by their $140 million lawsuit in 2004 against Mark Zuckerberg, the founder of Facebook, have lately latched onto Bitcoin, forming a trust that would allow ordinary individuals to buy Bitcoin exchange-traded funds. The twins own an estimated 1% of all outstanding Bitcoins (worth $57 million on April 8).

To arrive at the $400 billion estimate, Tyler says he and his brother did a back-of-the envelope calculation of the market capitalization some of the biggest high transaction cost players in the global payments system – the credit card companies, such as Visa, MasterCard, American Express, and Discover and others. The four credit card companies named, for example, had a market cap of $333 billion on April 8. That shakes out as follows: Visa, $128 billion; MasterCard, $85 billion; American Express, $92 billion, and Discover, $27 billion.

A value of $400 billion would imply a price per coin of $32,000, based on the number of coins now in circulation (and lower as the number of coins increase over time to a maximum of 21 million limit designed into the protocol by the secretive creator(s) of the digital currency identified only by the presumed adopted name of Natoshi Sakamoto). The potential value will be reached over time as it adopted as part of the global payments network.

Tyler gives an example of the advantages Bitcoin can bring to an online merchant who sells and ships its products to customers anywhere. “If you just take, for example, Overstock.com. They accept Bitcoin,” he says. “Margins [at Overstock.com] are 1% to 2% in general,” he explains, referring to the thin profit margins that are common among online retailers. “And so, if Bitcoin can reduce the 2% to 3% interchange fees associated with credit card transactions by 1% or 2%, their margins have all of sudden doubled and that’s significant for any company,” Tyler explains. “So, that’s a tremendous value right there in payments.”

The reach of Bitcoin is far greater than credit cards and requires only the willingness of merchants to accept Bitcoins and consumers to use them as payment, according to Tyler. “Bitcoin can send 50 cents across the world and with the traditional system you can’t do that,” he says. This capability is “why people get so excited” about the digital currency’s potential.