Will the Winklevoss ETF Ever Happen?

It’s been three years since the Winklevoss twins announced their intention to release a bitcoin ETF to investors. Since then, they’ve battled with regulators and watched as others created and released similar products.  Now, we’re again hearing that the Winklevoss ETF will “soon” be released. The question is: will the Winklevoss ETF really ever be cleared for launch? 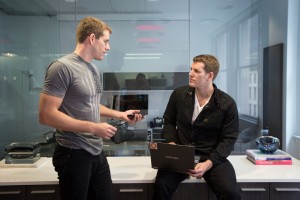 In 2012, the Winklevoss twins encountered Bitcoin during a chance discussion with a friend while vacationing in Ibiza. It was at that point that the twins learned the potential for the digital currency and its decentralized infrastructure.

Their desire to gain a wider audience for Bitcoin led them to create an investment vehicle for it in the form of an exchange traded fund (ETF). This meant they would have to take the same route that any other listed ETF takes — the Winklevi needed to secure the approval of the SEC.

This process is often clear for an ETF that’s involved with traditional investment vehicles such as equities or fixed income, but the reality is that bitcoin is neither, and the regulatory agencies can’t agree, or even understand what the rules are, or should be, in terms of the digital currency.

Because of this, their regulatory filing with the SEC has been amended numerous times  and still awaits full approval for its release to the public as the Winklevoss Bitcoin Trust (symbol:COIN).

In the time since its original filing, investors have seen Barry Silbert’s Second Market release the Bitcoin Investment Trust (GBTC), which took the original route of utilizing accredited investors and now trades on the OTCQX market. The structure of GBTC is very similar to that of COIN in that the underlying holdings in a share of the investment consists of 1/10 of the price of bitcoin. As with any ETF, COIN could trade higher of lower to that value depending on the market.

Last month, the Winklevoss twins announced that their offer of COIN will be for one million shares at $65 (up from their original pricing of $20 when they began the process years ago, and is ironically the same amount that they settled with Zuckerberg for). They also announced that they will not be utilizing the Nasdaq but will instead will listing on the BATS exchange, which is now the second largest exchange and a popular place for ETFs.

However, no set date has been announced and those in the bitcoin community have been skeptical of whether the COIN ETF will ever see the light of day.  Sources within the financial area suggest that we’re still at least twelve months out from seeing any bitcoin ETF being approved for release to the public.

But don’t count the Winklevoss twins out yet. There’s clearly a growing interest in opportunities for the regular investor to participate in the bitcoin market.  The ability of GBTC to trade at a high premium to its underlying value and the recent press around bitcoin as an alternative investment, or its own asset class are fueling more discussions between financial advisors and their clients.

Additionally, the Winklevoss twins have not been sitting idle waiting for the SEC to act. Their desire to participate in the growth and acceptance of bitcoin has led them to create their own bitcoin exchange (Gemini), their own index that tracks the price of bitcoin across various exchanges (Windex) and Winklevoss Capital — which has invested in numerous bitcoin and blockchain related companies.

They’ve clearly not given up on their dream of seeing bitcoin be bigger that Facebook. For that, they should be commended, but still we continue to wait on their ETF, and it’s clear that others are not waiting around.

Do you think that the Winklevoss ETF will ever see the light of day?