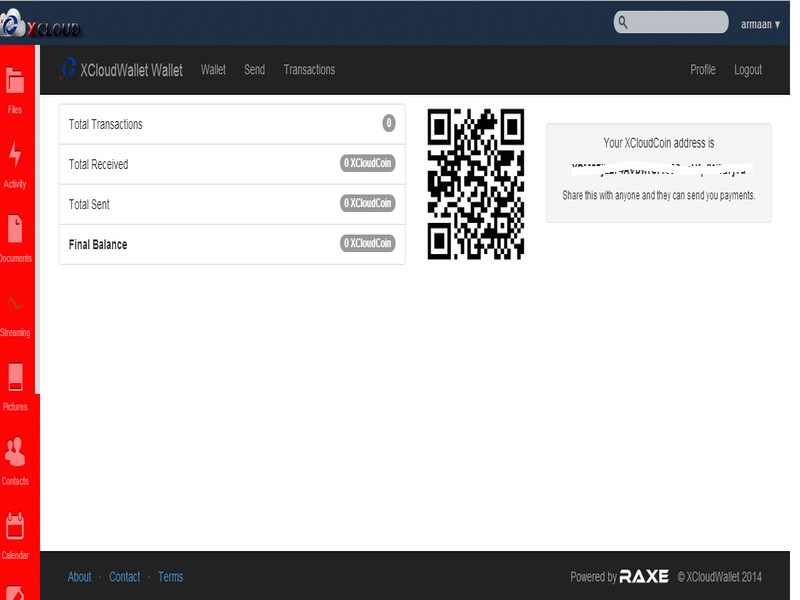 XCloudcoin: Cloud Integration within a coin

XCloudcoin is an altcoin that integrates the cloud into cryptocurrency. Currently, the cloud feature is in a closed beta, and is mainly being given out to those who wish to review it. Therefore, I approached XCloudcoin, and they were kind enough to provide me with an invite. Other than this, XCloudcoin is also verified by CoinsSource with a trust rating of 6/7. It should be noted that the last point is given after a postage is sent that takes up to 2 weeks. You can find the whitepaper here. They have also integrated NiteSend, a unique feature used by SyncCoin.

XCloudcoin is a fully PoS coin with an ICO at bittrex. The total coin amount used to be 5 million, but 3.85 million would be destroyed to bring the ICO amount to 1 million with a 150 thousand premine which has been used to pay for bounties.

The main features by XCloudcoin are as follows:

Now, after using the cloud storage by XCloudcoin, I must say I’m quite impressed with it. It has a very nice UI with some nice built-in features. It has a nice news feed with latest news regarding cryptocurrency in general. Its online wallet is quite smooth, and is a great addition to their cloud system. The audio player impressed me as well. It was very smooth, and worked with all songs I had uploaded to the cloud. The cloud storage itself was decent. The reason I say this is because the maximum upload is 512 megabytes. Other than that, files were uploaded fairly quickly. A feature I found the most useful though, was the CryptTrader charts as they were very helpful to do some technical analysis on all coins.

The truth is, XCloudcoin aims to be quite big in regards to their cloud system. It is functional, and has all that is needed to be successful. Features I appreciate the most are the addition of things such as the onlien wallet, charts, music players because they seperate this cloud storage from any other cloud storage. It kinda feels like the cloud storage for an altcoin with so many features unique to cryptocurrency. My experience was quite good using the cloud storage, and that is why I would recommend using it. To receive more space though, you will have to pay a fee in XCloudcoin which would stabilize itself according to the price. Personally, the cloud idea proposed by XCloudcoin is a great one. I love the idea, but whether it means a rise in value. That, I can’t be sure of. What’s true though, the coin has some great features, and their idea is an amazing one. Its use is there and it can’t be denied. Whether it means a value increase is unknown.