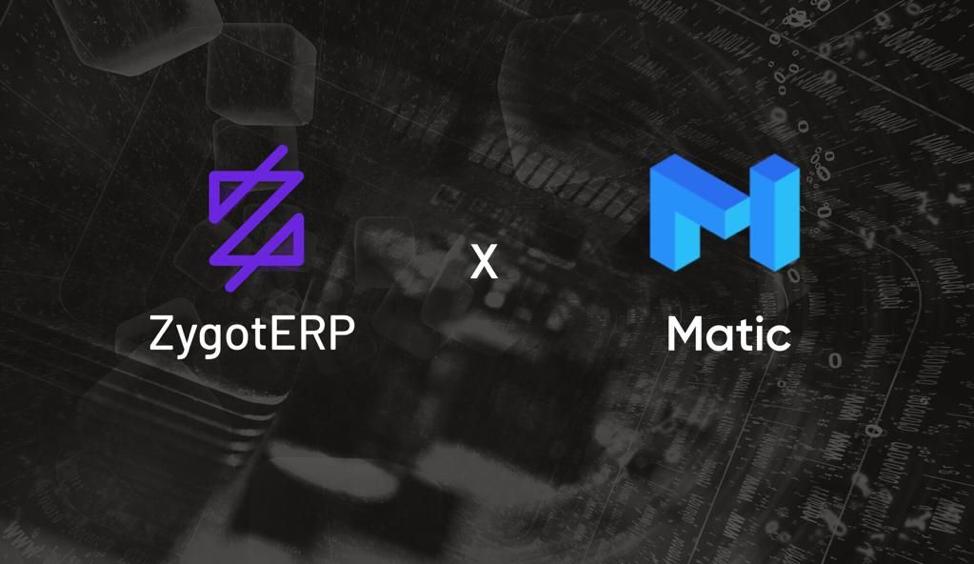 Zygot has partnered with Matic Network, which with its scalable architecture, allows ZygotERP to migrate important aspects of their engine, the first being a fast, P2P and secure exchange of invoices.

Calgary, Alberta, Canada, July 18, 2019: Zygot has recently partnered with Matic network to ensure P2P invoice exchange for its clients through Matic’s decentralized network. Zygot’s new ERP platform ZERP is based on Ethereum blockchain like Matic and hence the partnership will complement both parties naturally.

Matic Network sidechains are Plasmafied EVM sidechains which facilitated a seamless migration of Zygot to Matic.

Zygot’s primary aim behind the partnership is to build crucial features of their engine on a fast, reliable and low-cost blockchain. The first features which are already in a test environment are enabling P2P invoice exchange in a decentralized manner for its existing clients. Centralized environments are prone to hacks and Matic assures to solve the issues here with its decentralized environment and plasma sidechain technology. Along with that, Zygot counts on PGP encryption and IPFS to ensure the most secure exchange of invoices.

In the words of LeRae Bigelow, COO at Zygot – “It’s a great moment for us to partner with Matic Network. Matic’s state of the art infrastructure helps us to achieve invoice exchange in a safe decentralized manner for our clients. The invoice data and the details of its current status will remain live on the Matic blockchain in a permission-driven manner to eliminate risks of unauthorized access. Invoice exchange is just the beginning. We are already migrating other modules to Matic’s and Tendermint’s infrastructure. Thinking in a decentralized manner, allows us to come up with more efficient ways to solve our client’s problems and further improve the ZERP engine.”

Speaking further, LeRae Bigelow mentioned about the significance of high-throughput blockchain which is essential to cater to Zygot’s huge client-base that covers more than 400 client companies. But a traditional Ethereum blockchain infrastructure suffers from low throughput and Matic network assures to solve the problem easily. Matic is a more advanced version of traditional Ethereum and is free from its typical problems- yet without compromising on its best traits.

Matic Network boasts a Layer 2 scaling solution that achieves scale by utilizing sidechains for off-chain computation. Alongside, it assures asset security using the Plasma framework and a decentralized network of Proof-of-Stake (PoS) validators.

“We resolve the problem of low transaction throughput by utilizing a Block Producer layer to produce the blocks. Block Producer leads to much faster production of blocks compared to traditional Ethereum blockchain ecosystem. We can assure ‘2 16 transactions per block, per second’ for a single Matic sidechain. It will power Zygot’s engines with its desired higher throughput for its vast client base. Besides, we also assure lower transaction fees”, noted a leading spokesperson from Matic Network.

For economical and fast confirmations, Matic offloads transactions onto its sidechains which have just 1-second block times. The Network further batches proofs of sidechain blocks with Merkle root of the blocks to a decentralized mainchain (Ethereum), with a decentralized layer of PoS Stakers.

Matic Network has been developed as a more superior version of traditional Ethereum and hence it’s relieved from the main problems of conventional Ethereum. The Network boasts a decentralized portal which uses an adapted version of Plasma framework that assures quicker and low-cost transactions- with finality on main chain. Matic assures excellent scalability and can scale up to 65k transactions per second.

Zygot is a reputed ERP provider commanding a huge client-base all over Europe. The company is currently developing a state of the art blockchain-based ERP platform called “ZERP”. Dubbed as the next-gen ERP solution, ZERP represents a modular, decentralized, open-source, community-oriented, marketplace-facilitated ecosystem.