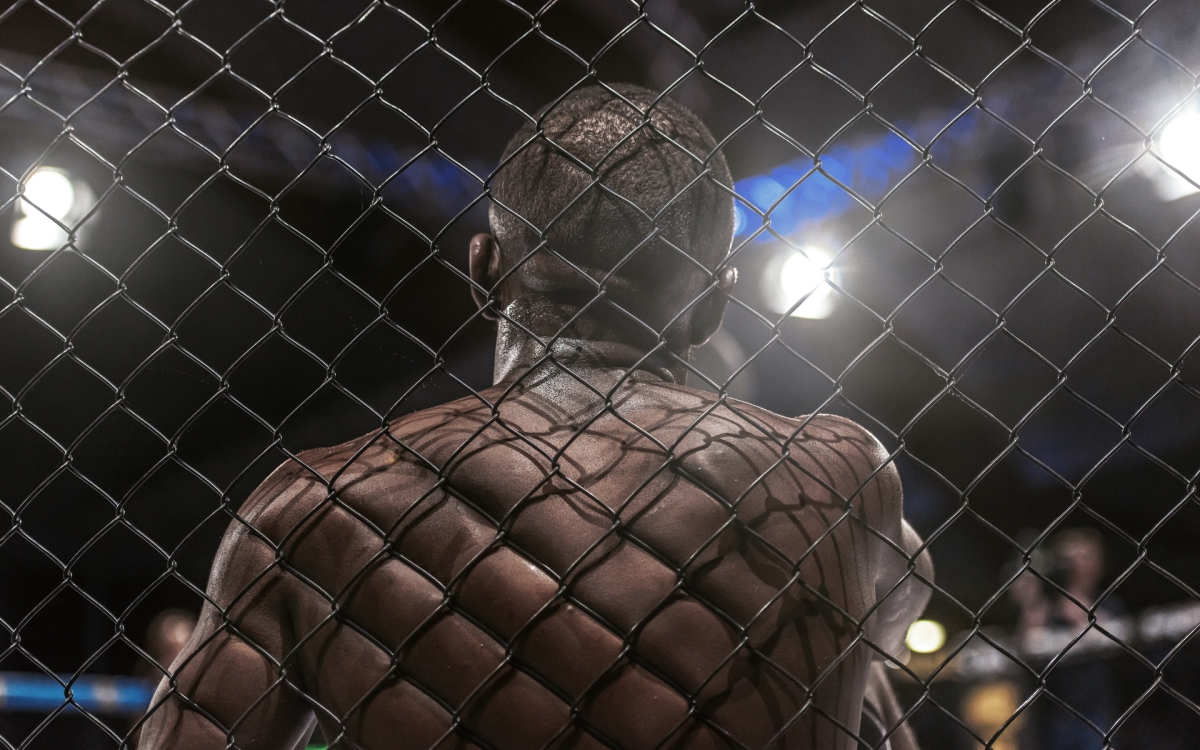 Bet Bitcoin on UFC 209. This time, two belts are on the line including the rematch of Stephen ‘Wonderboy’ Thompson and ‘The Chosen One’ Tyron Woodley.

The last fight ended in a draw and Woodley retained the belt. It will be interesting to see what changes the fighters make this time around. On this fight card is also the highly anticipated fight Tony Furgeson vs. Kalaib Nurmagomedov for the interim 155 title. This fight could arguably be the main event, and the winner could face Conner Mc Gregor. Let’s take a look at these two fights and the sportsbooks that enable you to bet Bitcoin.

Thompson is known for his specular kicks and quickness. He uses a sideways stance used in more traditional martial arts. He was able to get some strikes in mainly in the fifth round of the last fight. In the rest of the fight, he was hesitant to pull the trigger and throw combinations or power strikes. His kicks were countered early on when Woodley caught a kick and took him down. 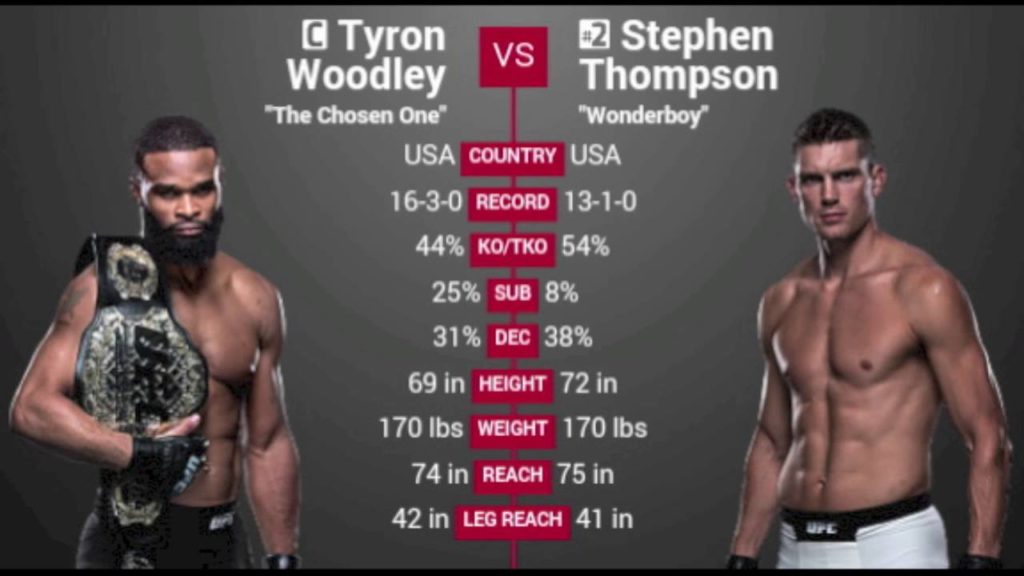 The key for Thompson is to throw a higher volume of strikes compared to last time and get in Woodly’s face. He could add in more leg kicks, but there is a reason why he was hesitant to do that in the first fight. Woodley has strong takedowns. If there are more kicks, then that could give Woodley more opportunities to get a takedown.

The problem that Woodley presents to people is his double threat of a powerful counter of a kick with one of his overhands or a takedown. Nearly every commentator talks negatively regarding Woodley’s stamina.

I think the last fight proved that he does have the stamina for a five round fight. Woodley is the one that did the damage last fight. He was able to stand with Thompson and figure out the riddle of his unorthodox style that many had trouble with.

I am going with the champion Woodley who is currently an underdog. Woodley’s politics of sometimes bringing in the question of how he is treated as a champion by the fans compared to other champions that are white has made him more unpopular, and Thompson’s spectacular spinning kicks has made him a fan favorite, and the betting line reflects that.

Update: This fight has been canceled.

Khabib is undefeated and has dominated his opponents. He is known for taking people down, holding them there and beating them up. There has not been anyone that can stop his takedowns. 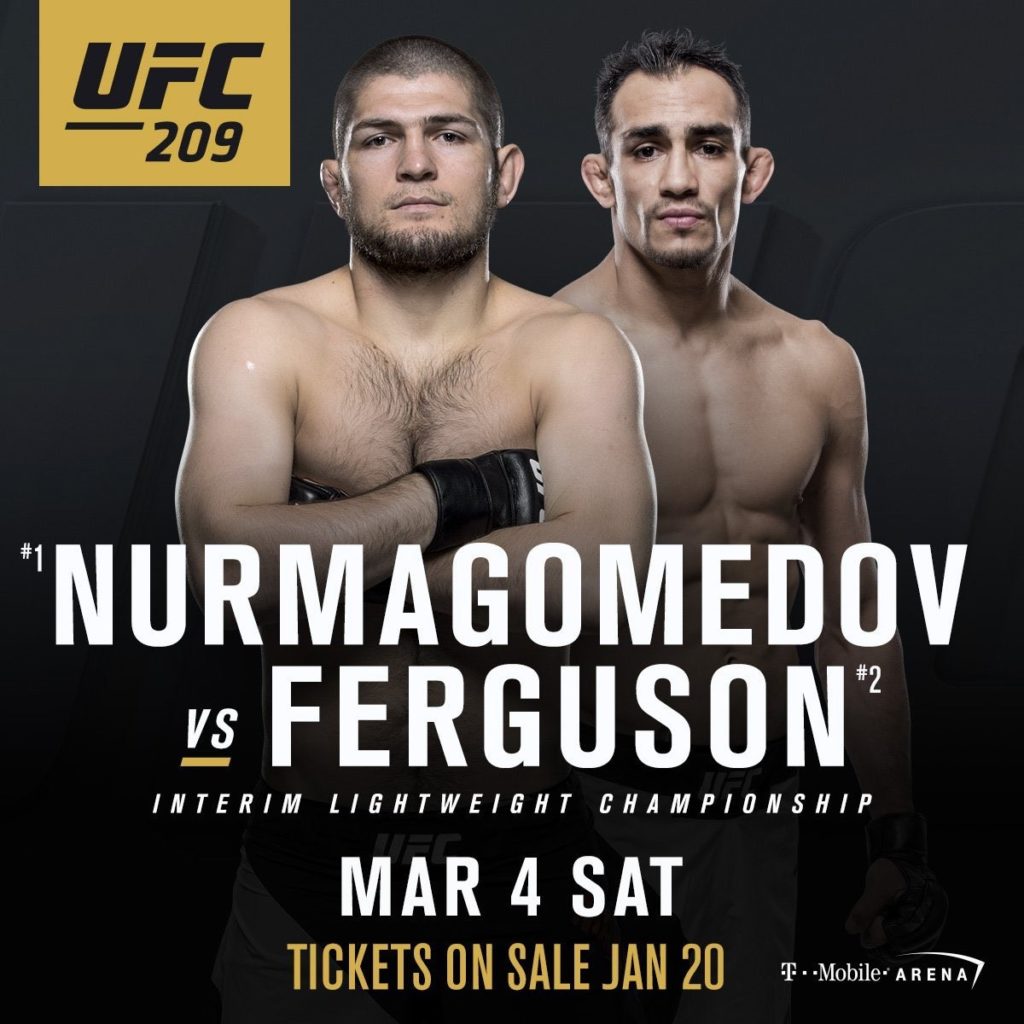 Khabib mixes different styles of takedowns from various martial arts which is what makes it difficult for people to deal with. Most people are used to sprawling against wrestling style takedowns, but he can switch to sambo, judo and other styles of takedowns in a flow that most people can not train for.

On the feet, Khabib is not afraid to use his hands to cover the distance to get in takedown range. In his last fight, he did show some weakness on the feet when he got rocked against Michael Johnson, but he went on to win that fight in a devastating manner. Tony Ferguson has one of the most unorthodox styles on the feet and the ground.

He can use distance on the feet and keep his distance while picking people apart as he did against former champion Raphel Dos Antos. Ferguson has shown us excellent takedown defense with sprawls and even rolling out of scrambling situations. He also uses leg locks and heel hooks off of the bottom.

If there is going to be someone to beat Khabib, then Ferguson could be the one. People are overlooking him and looking forward to a possible Khabib vs. Conner fight. Ferguson has a six-inch reach advantage on the feet, and on top of that, he is an expert at using distance. This is going to be a long night for Khabib if it is on the feet.

I’m going with Ferguson. His technical striking with the reach advantage combined with his proven takedown defense will be enough to get this in the later rounds where Ferguson will pick him apart with his jab and elbows when he tries to close the distance.

This year I am 3-2 in MMA picks including underdog Ronda Markos. You can check out past events here:

Also on this card two vets face off in Evens vs. Kelly. Maybe one of these guys retires after this fight. Two former K-1 Champions face each other in Hunt vs. Overeem. Hunt is suing the UFC for not doing enough against steroid use and faces Overeem who has been caught using PEDs in the past. This card is stacked from top to bottom.

You can check out the best sportsbooks here to bet Bitcoin on UFC 209.