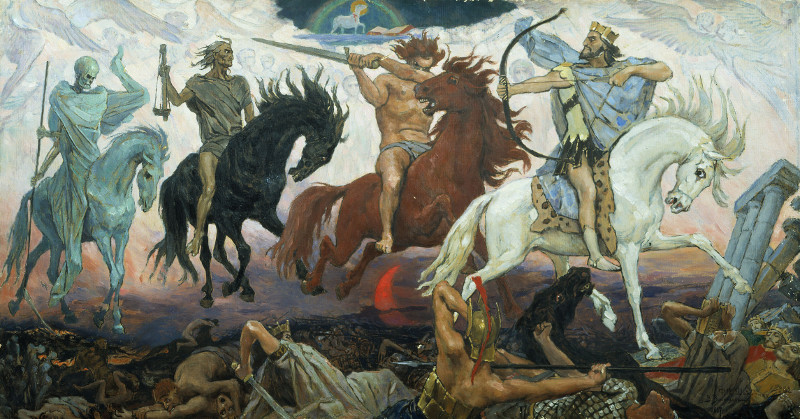 by Daniel Krawisz
in Bitcoin, News
5

Most merchants who adopt Bitcoin do not keep the bitcoins they earn but instead sell them for dollars on exchanges immediately using payment processing services such as BitPay. Consequently, the merchant creates selling pressure at the exchange, which drives the price down. So far this effect has been relatively mild, but there is a real possibility that the “merchant adoption” effect could spiral out of control if the selling pressure from new merchants is so great as to induce other people to dump their bitcoins. Once this happens, the price of Bitcoin could drop to zero in minutes. This is the merchant adoptocalypse, and it’s probably happening right now, and your entire Bitcoin investment is already worthless.

No, of course not. This article is really about the fallacy that merchant adoption drives the price down. I just made up the merchant adopocalypse to depict the absurdity that can be reached by mindlessly extrapolating a single idea.

I think there is no evidence that merchant adoption should necessarily affect Bitcoin’s price in either way. To begin my critique of the merchant adoption depression fallacy (MAD), I must first point out that merchants who do not hold bitcoins at all cannot directly affect the price of Bitcoin at all. Someone who buys bitcoins one minute and sells them a minute later cannot have a large effect on the market. This is essentially what the merchant is doing—he buys bitcoins from the customer in exchange for goods, and then sells them shortly thereafter at an exchange. Therefore it is only the effect that the merchant has on other people that can actually change the price of Bitcoin.

One of these people is the seller of bitcoins, i.e., the one who decides to buy goods from the merchant. Does he decide to replenish his balance of bitcoins from Circle or not? If he does, then there is no selling pressure on the market, even in the very short term. If not, then he is the one causing the selling pressure, not the merchant. We still don’t know how much selling pressure is actually caused here, because we do not know what the seller would have done if there had been no merchant to buy from. He may well have sold his bitcoins for dollars anyway. Thus, I see no reason that there should be any consistent rule on how much effect merchants are having on the people who buy from them.

The merchant’s effect is wider than just upon his customers, moreover. Suppose news of some new merchant gets around the Bitcoin world. As a result, person A decides to sell bitcoins by buying goods from the new merchant, and person B concludes at last that Bitcoin is the real deal and decides to buy bitcoins at an exchange. There is no reason consider person A to be somehow more important than person B. They are both people who made their own choices in response to the merchant’s decision. I see no reason to expect either A or B to have necessarily a bigger impact on the market. Why, therefore, would I think that merchant adoption should, in the net, cause selling pressure? It can just as easily cause buying pressure among people who are convinced as a result that Bitcoin is a real trend. Because so many more people do not have bitcoins than do, offhand I would tend to expect that person B should be in greater company than person A.

The MAD fallacy lies in considering only a single possible effect of merchant adoption—that it might convince bitcoin holders to sell bitcoins they otherwise would not have sold—to the exclusion of other possible effects which should be expected to be roughly as important. The reason people have chosen recently to dwell more on the negative effect rather than the positive one, I suspect, has to do with the fact that the price has been going down recently and they are groping for a reason. Stop listening to the concern trolls, people.

Ultimately, merchant adoption should be seen primarily as an effect of Bitcoin adoption, not a cause. It can only happen when there is enough demand from Bitcoin buyers to ensure that the merchants will be able to convert their bitcoins to dollars in a reasonable amount of time. The available demand over a given amount of time must be capable of reliably absorb the demand caused by the people who wish to buy with Bitcoin over that same time, or else merchants would be inconvenienced by holding bitcoins for longer than they would prefer. The key word here is “reliably”. The effect on the market from these merchants must always be small because if it were not, and if a sudden wave of bitcoin adopters could have a large effect on the price, then merchant adoption would become unprofitable for merchants. The market must be dominated by people who are not inconvenienced by holding bitcoins—the investors, savers, or hoarders, however you prefer to call them. These are the people who ultimately drive merchant adoption because they are the ones who create the demand that is required to make merchant adoption possible, and it is impossible to come to reliable reasoned conclusions about Bitcoin economics without always considering them.