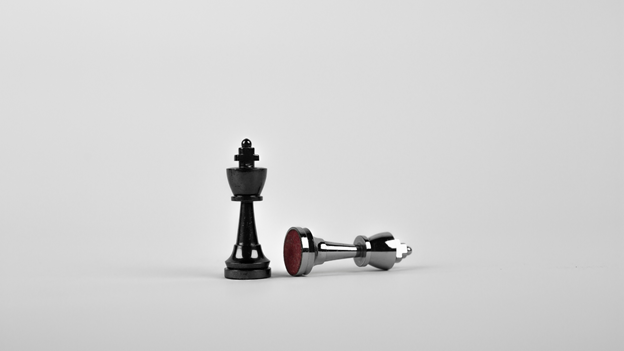 The popularity of decentralized finance has soared, ushering in a new era of GameFi applications, better known as play-to-earn games.

The rise of blockchain-based crypto games has turned the video gaming industry on its head. No longer are developers the only ones raking in any money from it – players are too. With P2E games, players are able to win rewards in the form of NFT items and cryptocurrency that provide a real, financial incentive not only to win, but to invest in their chosen gaming platforms.

The most popular title according to DappRadar is Splinterlands, a collectible card trading game where players earn rewards in crypto by emerging victorious in skill-based matches and player-versus-player (PvP) game modes. Splinterlands players win NFT-based digital cards, which can be traded and sold on NFT marketplaces.

P2E games have exploded over the past year, with GameFi applications actually overtaking DeFi. According to Bloomberg, data from DappRadar shows that almost 50% of active cryptocurrency wallets in November were connected to P2E gaming dApps. Meanwhile, the percentage of wallets linked to DeFi dropped to just 45%, having previously led the way. Indeed, it’s getting so big that some of the world’s biggest corporations are showing an interest in GameFi. Last month saw Warner Music Group announce a partnership with Splinterlands that will see it develop a number of P2E titles for its top music artists.

“I don’t think we can underestimate how massive the opportunity around P2E gaming is,” said WMG’s chief digital officer Oana Ruxandra.

With so much potential into the crypto gaming space, the number of new P2E titles has ballooned in the past few months. There are hundreds of promising games that are aiming to unseat Splinterlands from its throne, so what better time to take a look at a few of the hottest P2E platforms that are best placed to do that.

Banger Games is not just one specific game, but rather a development platform that utilizes blockchain technology to rebalance the profits between publishers, intermediaries, and players. They aim to put the PLAY back in Play-to-Earn. It has huge potential, as evidenced by the its recent €10 million funding round that involved a ton of big names in the crypto capital space, like Avalanche, Shima Capital, GSR, Flori Ventures, Poolz Ventures, G20, LucidBlue Ventures, Belobaba Fund, Squares Capital and CSP DAO, to name just a few.

Banger Games already has its first title in the works: Counter-Strike: Global Offensive (CS:GO), which is the latest edition of the popular franchise of the same name. Operating in a closed beta at present, CS:GO will boast features such as SMART Tournaments that use smart contracts to dish out rewards to the best players, as well as a Battle Pass, in-game achievements and anti-cheat software that IBM helped to develop. Players will be able to earn NFTs, Banger Coins and other prizes.

Those features will also be available to other non-blockchain titles that will be able to connect to Banger Games’ ecosystem to access new methods of monetization as well as community funding.

Formerly known as Syn City, MOBLAND is the world’s first mafia metaverse, backed by a team of experienced crypto and video game developers. It’s a free-to-play title that sees gamers take on the role of mafioso with the objective being to build up their crime syndicate in order to accumulate money and power through criminal enterprises. Within the game, players can manage, trade and acquire items as they look to grow their syndicate.

MOBLAND’s SYN cryptocurrency token is the main currency in the game, enabling players to take part in events and play to earn. It also boasts a unique mafia-as-a-dao governance structure that allows players to decide upon the future of the game in a democratic way.

Since launching last year MOBLAND has made a lot of progress, striking a partnership with the Bybit cryptocurrency exchange, which is even planning to open its metaverse headquarters in MOBLAND’s virtual world. Bybit will conduct business inside MOBLAND from its own building, encouraging users to visit its virtual headquarters and to participate and use its services from inside MOBLAND.

MOBLAND has attracted some big backers too, with Overwolf, a user-generated content creation and distribution platform, investing $8 million last January. That followed another $8 million funding round from Twitch co-founder Justin Kan, Goat Capital and others in November.

Launched in July 2021, Battle Drones is similar to combat games such as Call of Duty and Fortnite, featuring a full in-game economy that sees players rewarded in BATTLE tokens and Proof of Attendance Protocols that enable items to be bought and sold.

Battle Drones is a top-down drone shooter game with two modes – player-vs-environment and player-vs-player. The game is accessible on PC and open to anyone, though only NFT holders will be able to play for rewards.

For those holding an NFT, they’ll benefit from an abundance of extra features in the game relating to their token, including a customized avatar, in-game perks and access to P2E features such as daily win rewards, challenges and achievements, a leaderboard, staking and loaning.

Future updates planned later this year include a new Battle Royale mode in the PvP game that will deliver a new, three-dimensional dynamic not yet seen in traditional man-on-the-ground shooters. This dynamic will create new and innovative gameplay scenarios, the developers say. There will also be a new tower defense mode where players will struggle to defend structures from hordes of enemies, plus a drone racing game mode.

Battle Drones is betting on gameplay to drive its growth but at the same time it also has a much lower barrier to entry to titles such as Splinterlands and Axie Infinity, where players are required to spend $300 or more on NFTs to get started playing.

Jelurida is the software development company behind the Ardor blockchain, one of the most popular infrastructure platforms for crypto games and home to some of the most promising up-and-coming P2E games.

The reason for Ardor’s popularity in P2E gaming is the unique nature of its infrastructure, which can be thought of as a blockchain-as-a-service for developers that want to leverage the capabilities of a functional decentralized platform, without needing to invest in one. Ardor provides both a main chain to handle blockchain security and decentralization, plus customizable “child chains” that are ready-to-use for games developers.

The best known P2E game built on Ardor is probably Mythical Beings, a card collection game where each NFT-based card has its own unique story and history. Players can collect these cards and trade them, and even craft new cards that enable them to participate in new in-game actions.

One reason so many P2E games are building on Ardor is its bridges to other blockchains that enable a fully cross-chain infrastructure. Ardor has already built a bridge to Polygon, the Layer-2 scaling solution for Ethereum, so that Mythical Being NFTs can now be traded on Ethereum and other EVM-compatible NFT markets.

Dogami can be thought of as Pokemon Go crossed with Nintendogs. It’s a play-to-earn pet simulator that takes place in a “Petaverse” that’s filled with uniquely adorable digital dogs.

The dogs in Dogami are NFTs, and players are tasked with training and nurturing their Dogami from when they’re a puppy, through adulthood and even into the afterlife. Each phase of the game brings in different gameplay, helping to switch things up and prevent things from getting stale.

The game starts with the Puppy Phase, which is similar to other pet simulator games such as Nintendogs, Petz and Little Friends. Players need to feed, clean, groom, train, and play with their pets, teaching them along the way. Each day, there will be a number of challenges and quests to complete, for which players will be rewarded with DOGA tokens. By completing these tasks, a player will be able to increase their Bonding and Boostin scores.

Once into the Adult Phase, the game changes quite dramatically. While players will still need to bond with their dogs, they can also start leveling up in their chosen career paths, which includes options such as police, farmer, firefighter, space, yoga and skater.

Players will be able to train their dogs in these jobs in player-versus-environment and player-vs-player minigames to level up, and there will be an annual Dogami Olympics event for the most successful Dogami too

The more a player trains their Dogami and the further up the career ladder they progress, the more DOGA tokens they will earn. Each Dogami NFT will receive a badge when they complete a career pathway, increasing its value.

Dogamis also has breeding aspects for players to acquire new puppy Dogami, and a future Spirit Phase is also planned for dogs that have had their day, though details on what this will involve are not yet known.

One of the most promising aspects of Dogami is it provides a way for new players without resources to access the game. Those who don’t own an NFT and can’t afford one can set up a smart contract with Dogami owners in a process known as “Dogami Day Care”, enabling them to rent a puppy on a reward-sharing basis. There’s also the Dogami Academy, which allows players to rent an adult Dogami, with rewards shared in a 50:50 split.

An anime-focused mobile role-playing game, WonderHero is making big waves in the P2E gaming space for its attractive earnings potential. Within the game, players get to choose an exclusive hero with more than 100 NFT variations that give each character a very specific set of abilities and equipment.

WonderHero is a turn-based RPG combat game, so players have to use their heroes to fight in various battles against other games, earning rewards and leveling up as they progress. Other mechanics in the game include farming for new items and heroes, and winning legendary equipment that they can then use to boost their heroes, or sell on a marketplace for cryptocurrency.

WonderHero is especially popular with guilds, which are communities that buy NFT heroes and loan them to talented players in return for a 50/50 split of whatever rewards they earn. Players can also lend their NFTs to others directly through the game’s built-in sponsorship system.

It’s easy to see why WonderHero is so popular with guilds and other users, for its players earn an average of $1,200 in their first three weeks of playing the game full time.