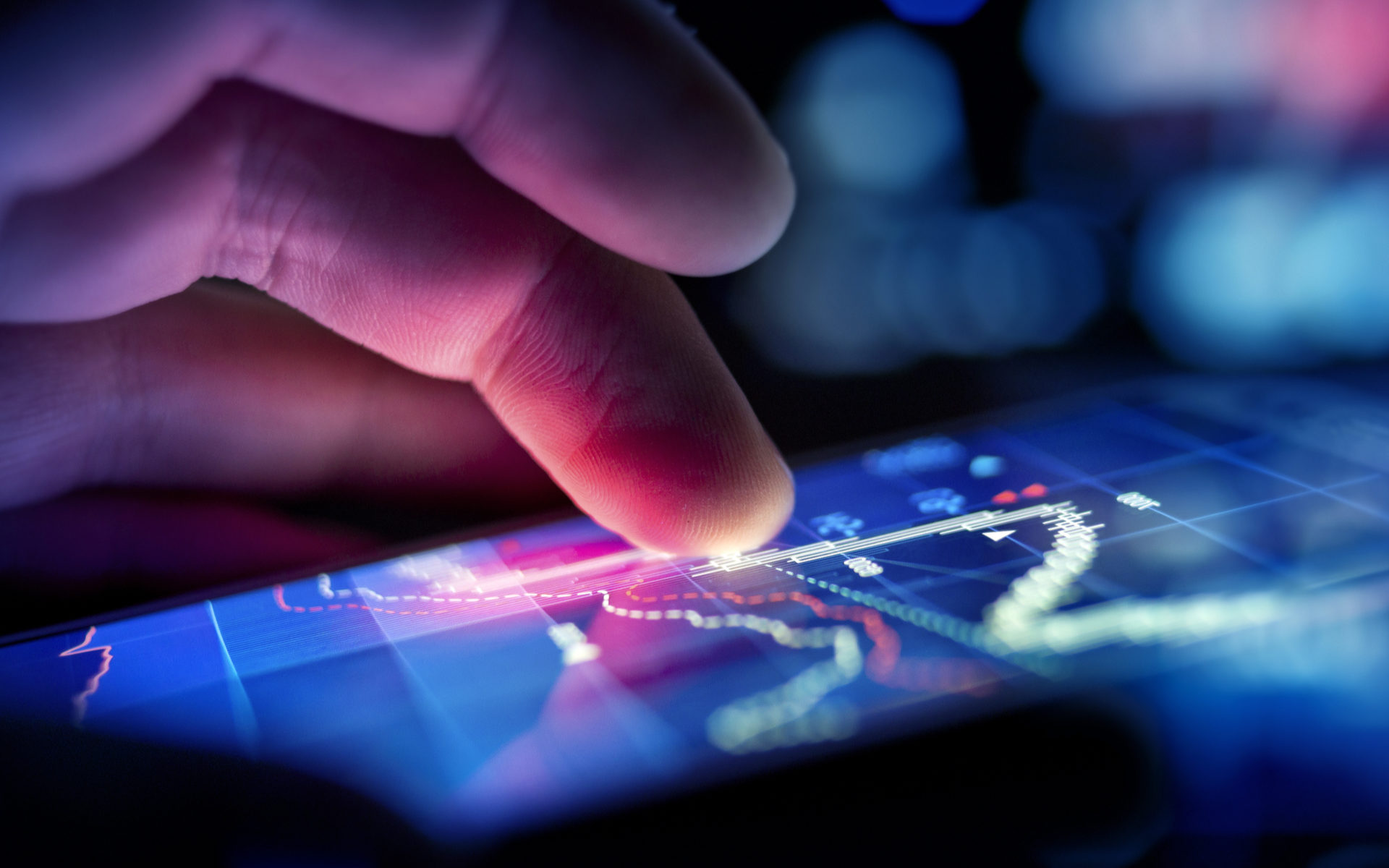 After NASDAQ, will Blockchain Drive the Next Stock Market Revolution?

by Anatol Antonovici
in Blockchain, News
0

Paxos, which operates a cryptocurrency exchange and several stablecoins, obtained the nod of the US Securities and Exchange Commission (SEC) to run a pilot project that will leverage blockchain for the stock market, according to a statement released last week.

Last week, Paxos obtained the no-action relief letter from the SEC. It confirms that the regulator doesn’t mind the startup’s blockchain trial.

Paxos intends to build a blockchain-based infrastructure to settle and clear stock trades more rapidly and cheaper. The pilot project will operate with stocks like AT&T, General Motors, and a few other company shares.

While there is no guarantee that the project will succeed, blockchain could transform the US stock market by cutting costs for both banks and investors. This would be the next major breakthrough for the US stock market after the NASDAQ came out in 1971.

Paxos’ blockchain project is aimed at stock clearing and settlement processes. The settlement is the process of stock delivery from sellers to buyers. Elsewhere, clearing refers to the stock operations from when the trade is agreed to the settlement. As of today, settling stocks trades requires two business days, and Paxos hopes to reduce this time by settling trades at the end of the day.

For the last three decades, the Depository Trust & Clearing Corp (DTCC), owned by a consortium, has been the only major organization to handle the majority of clearing and settlements of US stock trades. In 2018, it cleared about $1.3 trillion of equities trades per day on average, and now it faces competition from Paxos.

The blockchain startup has already obtained the endorsement of several major banks, including Credit Suisse Group and Société Générale.

“There has been so much innovation in the way trading happens over the past 20 years, with people trading in microseconds, but there hasn’t really been innovation in clearing or settlement.”

Nevertheless, DTCC admitted it welcomes the competition. The organization’s head of equities clearing and settlement unit Michael McClain said that blockchain is helpful for the industry.

The WSJ visualized how Paxos’ settlement system will work: 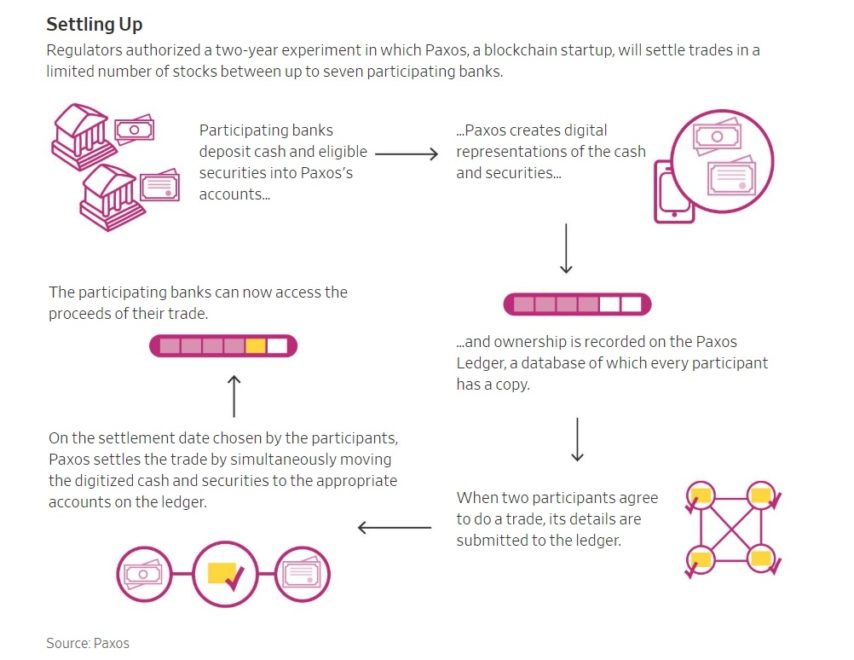 If the trial succeeds, the US stock market might adopt blockchain and follow in the footsteps of Australia’s securities exchange. The ASX is replacing its clearing and settlement system (CHESS) with a blockchain platform created by Digital Asset.

Do you think Paxos will succeed with its project and will push blockchain to the US stock market? Share your expectations in the comments section!