Bitcoin is readying to surge towards $10,000 as bulls step back into the crypto market’s proverbial driver’s seat, analysts say. Referencing the chart below, the analyst remarked:

“#btc still slowly grinding up while alts pump, exactly as planned. when btc breaks 10.5k is when the alt party stops imo. until then carry on longing your longs folks.” 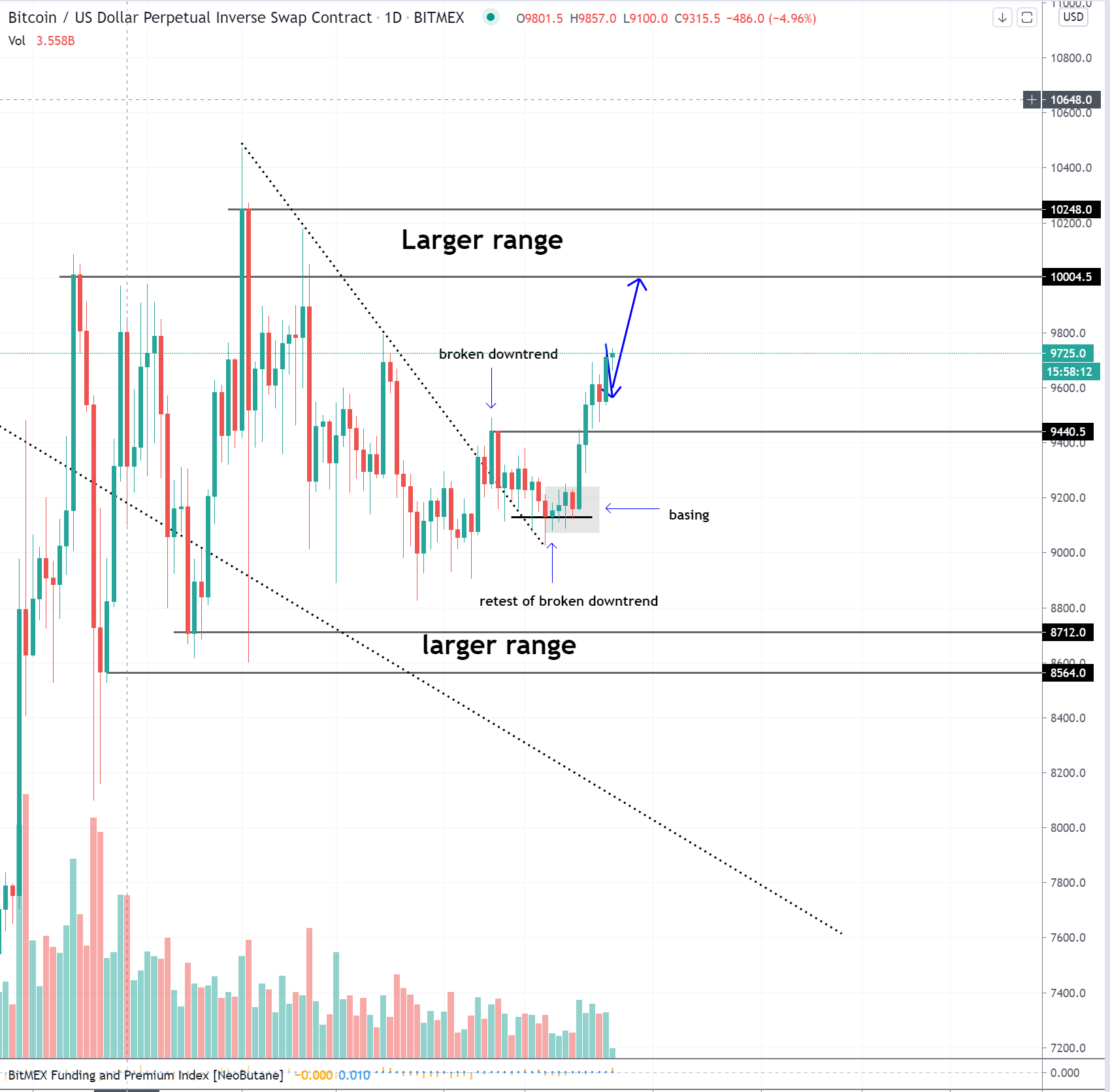 Chart of Bitcoin’s recent price action with analysis by @SmartContracter (on Twitter). Chart from TradingView.com

This is the same analyst who predicted six months before it happened that Bitcoin would hit $3,200 at the bottom of the 2018 bear market. At that time, this prediction was deemed remarkable because few expected the asset to drop that low.

Some have been even more optimistic than the analyst mentioned above.

Another analyst who made an extremely accurate macro call said that Bitcoin is primed to hit $17,000 this year, then likely $20,000:

“A fair amount of ‘19/20 Bitcoin accumulation is happening by whales who bought the alt bottom My $BTC best guess for remainder of year: Parabolic 17K rally as alts hit distribution range followed by market wide shakeout, retest of 10.5K and grind to ATH Result: uber rektness.”

This optimism was based on a number of trends, which are as follows:

What seems to be one of the biggest tells that BTC is entering an uptrend seems to be the price action of gold, analysts have suggested.

Over the past few months, gold has shot higher as certain geopolitical relationships have deteriorated as money printing has become prevalent. Gold now trades just $20 shy of its all-time high price of $1,920.

Bitcoin stands to benefit from that rally as there is a forming correlation between the two markets.