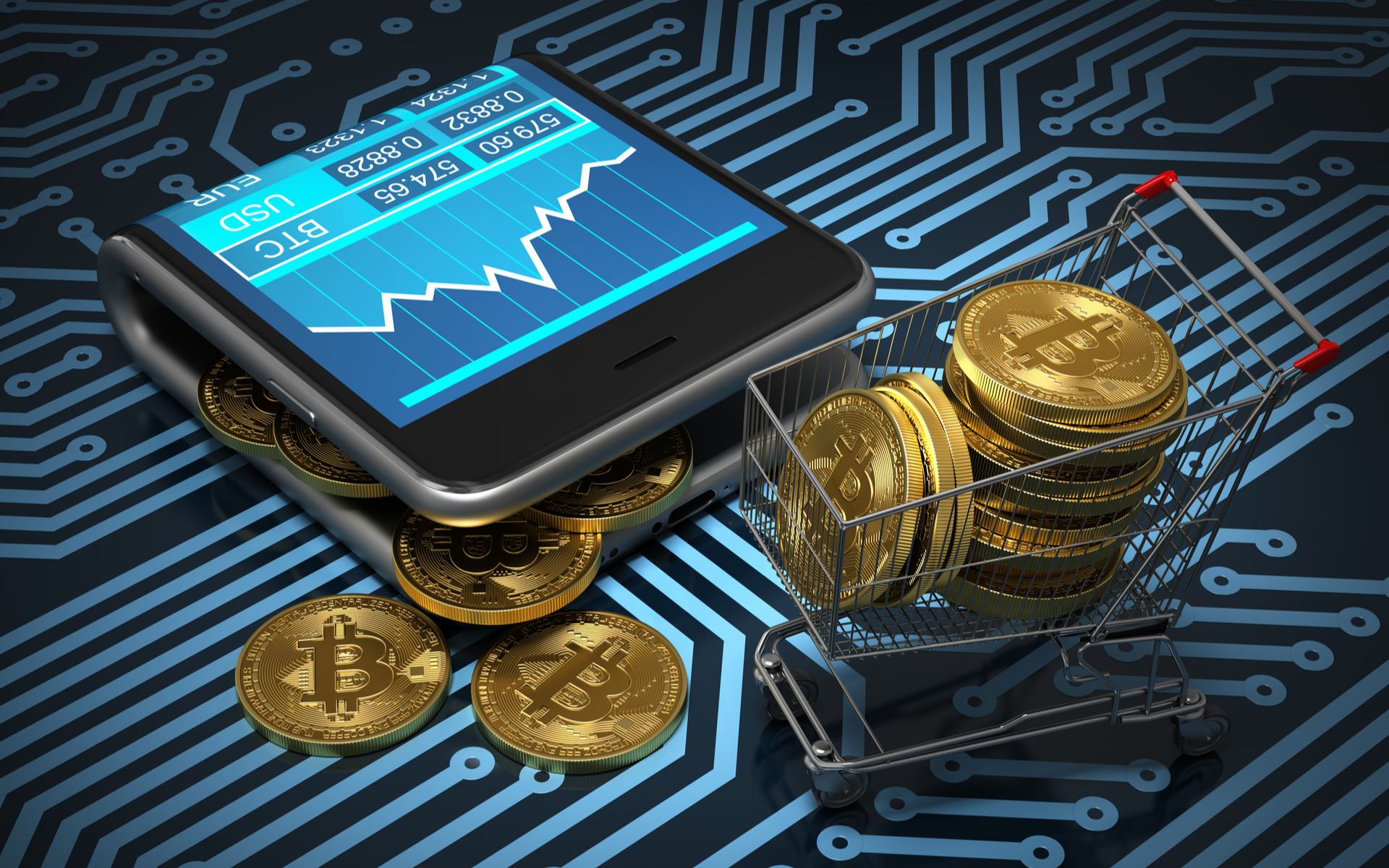 “The relationship between bitcoin price and flows is pretty apparent. Price rallies were typically accompanied by sizable inflows to exchanges as individuals looked to take profit,” said independent crypto research and analysis firm Delphi Digital in an analysis shared with TNW.

Bitcoin Flowing In and Out ‘Relatively Less’

Folks looking to earn profits off their bitcoin holdings can let out a sigh of relief. As per Delphi Digital’s analysis, there’s been less bitcoin [coin_price] flowing in and out of cryptocurrency exchanges lately; at least compared to figures registered in the month of June and July.

As a matter of fact, the amount of bitcoin deposited by traders on major cryptocurrency exchanges is equal to BTC withdrawn, as per the analysis. 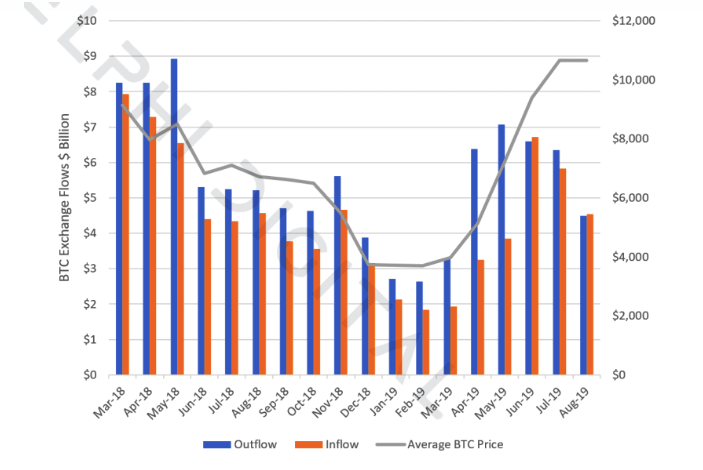 Recently, research analyst, Elias Simos in association with TokenAnalyst also took to twitter to discuss the idiosyncratic trend. According to him, 2019 Q1 saw the beginning of an accumulation phase as the rate of bitcoin outflows slowly started picking up pace. By Q2 2019, the outflow trend had already peaked. He went on to say:

More participants were found to have joined the market momentum as price activity saw a change. At the end of the quarter, the trend reversed as flows swapped from outflows to inflows. To date, in Q3, there is no observable delta between BTC flow rates.

2/ As Q2 kicked in, a regime change took place; net outflows accelerated, while the price trend changed, as market participants jumped on the train.

Once again, at the end of the quarter, the net outflows trend turned to net inflows.

According to the researcher, “real on-chain volume is at a new low for 2019, with exchange volume back at levels seen in early Q2.” and

Absent volume and any other signal for a (medium term) trend change, a slow grind downwards (medium term trend continuation) seems like a higher probability outcome.

According to a cumulative daily bitcoin inflow chart prepared by Delphi Digital, 42% of the total volume went to Binance. In order to come up with these numbers, the firm took into consideration all major cryptocurrency exchanges as BitMEX, Bitfinex, Poloniex, Bitstamp, and Bittrex along with Binance. 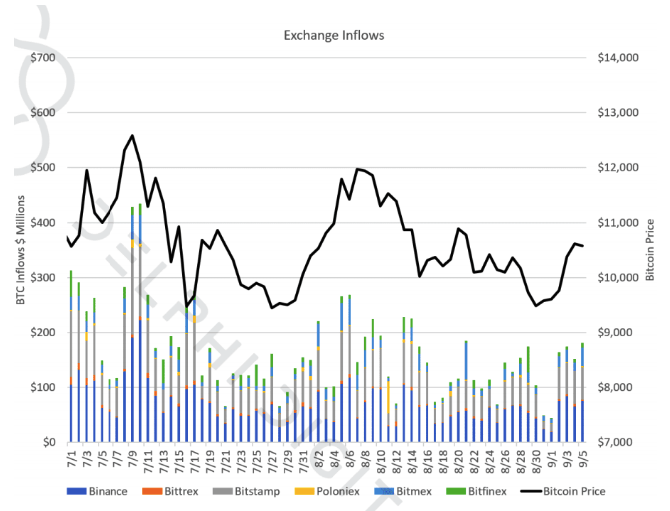 The firm concurs that fewer Bitcoins were sent to these exchanges last month, i.e. August. This in turn, has resulted in no significant impact on price. BTC price has been laying low in a prolonged consolidation post the June parabolic run. Therefore, Delphi analysts predict a ‘significant move’ for the crypto asset in the near future. The firm added:

A breakout above the $11,000 – $11,200 range for BTC could be the catalyst for another strong move higher. Conversely, a break below ~$9,400 may signal more pain ahead in the near term, though we’ve seen significant buying pressure in this range, evident in Bitcoin’s quick bounce off these levels in mid-to-late July and the end of August

Do you think Bitcoin flows dictate BTC price? Let us know in the comments below.