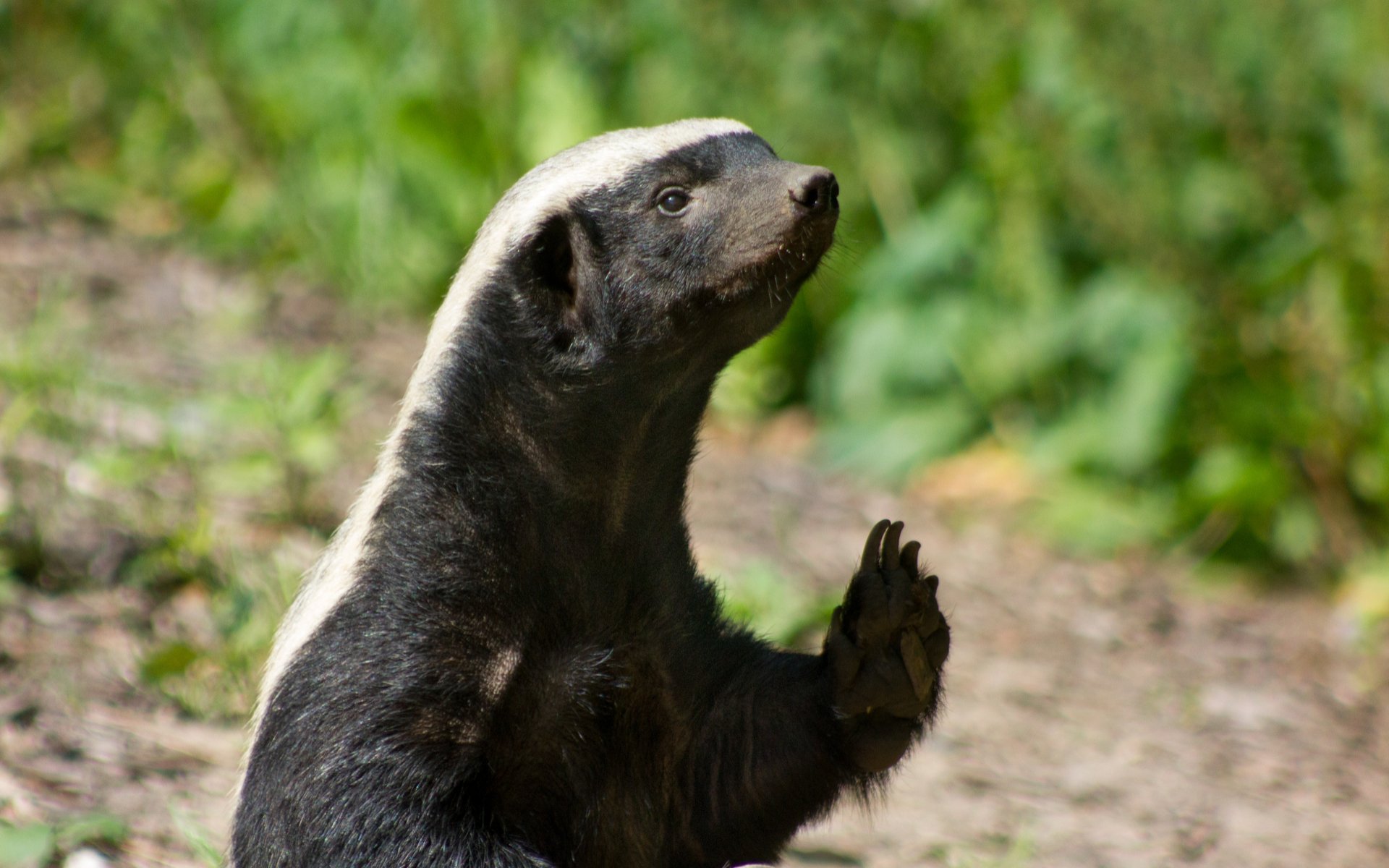 This ain’t your typical Bitcoin and Blockchain conference. Bitcoinist spoke with the organizers of the Baltic Honey Badger Conference who explained what makes this event special and what to expect at this year’s event in Riga.

Bitcoinist caught up with Max Keidun and Roman Snitko, CEO and CTO of HodlHodl, the organizers of this year’s Baltic Honey Badger conference that will be held September 22-23 in Latvia’s capital, Riga.

Keidun and Snitko explain that since the Baltic Honey Badger event attracts some of the brightest minds in Bitcoin since it doesn’t accept ICOs, shady coins or blockchain snake-oil salesmen.

Bitcoinist: What makes the Baltic Honey Badger conference different from other Bitcoin/blockchain conferences?

HodlHodl: We do not accept ICOs, shady coins or blockchain projects as sponsors. But the most important point, we wanted to capture that cypherpunk spirit, gather all the best people in the industry to share their knowledge, wisdom, and ideas. It’s not a promotional event. We do have some sponsors, but not too many.

Bitcoinist: How did the idea for a “conference driven by the cypherpunk movement” come about? Who was responsible for it?

HodlHodl: It was just me and my co-founder. We were sitting in the kitchen together and I was telling him about how cool the 2013 San Jose Bitcoin conference was and that there’s nothing like it anymore. We thought why not have it in Latvia? Surely it’s a small country but it’s right there in the middle, between Europe and Asia, it’s beautiful and not expensive. And so the Baltic Honeybadger was born.

Bitcoinist: Did you expect last year’s inaugural event to be such a huge success?

HodlHodl: Not really, took us by surprise it was so well received.

Bitcoinist: Who was your favorite speaker?

HodlHodl: Favorite speaker? Don’t think there’s a favorite, but it was very exciting to have all those people, whom you mostly know from Twitter and YouTube, come to the conference and talk to them and see what they’re like in real life. There are all sorts of interesting details to learn about them: some of them only eat meat while some of them are vegetarians, for example.

It’s very cool that it’s not just Bitcoin that defines us all, but there are always so many different dimensions to a person that you can only see when you meet face to face.

And we are grateful for this chance to meet them all.

Bitcoinist: What changes can we expect this year compared to last year?

HodlHodl: Day 1 and 2 will be held at the same venue. It’s not downtown, but it’s much larger to accommodate a larger audience. We also learned our lesson from the afterparty last year, the music was too loud, so that’s not going to happen this year. And, of course, it’s going to be much much warmer this year, because it’s September and it’s really the best time to visit Riga. 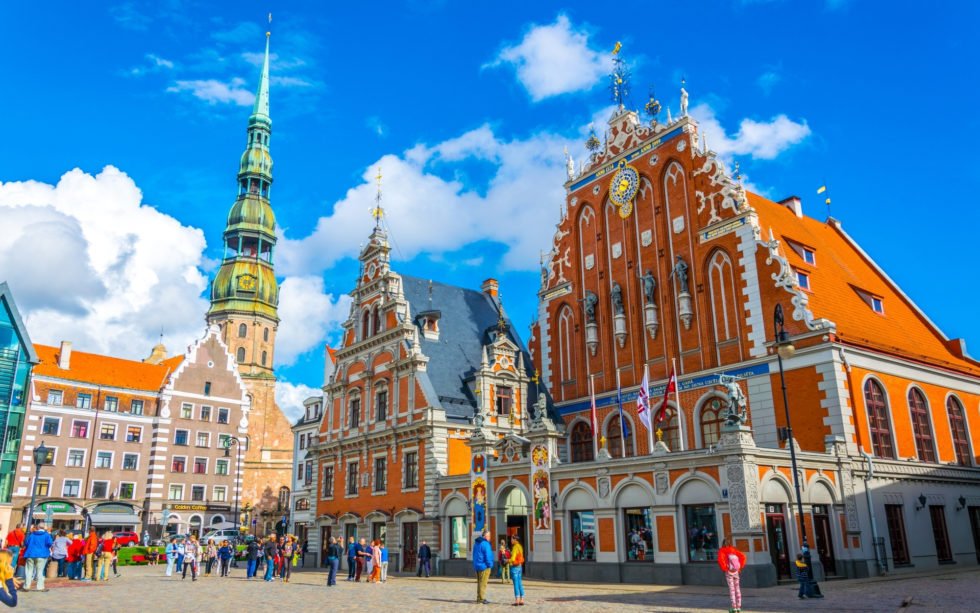 Bitcoinist: Why is Riga the host city for the second year in a row? Do you have plans to host it somewhere else in the future?

HodlHodl: Why change the location that absolutely worked last time? I think the current idea is that we’re going to hold (or hodl, really) Honeybadgers in Riga exclusively. After all, it’s a Baltic Honeybadger.

Bitcoinist: How bitcoin-friendly is Latvia in general? Would you recommend using BalticAir, for example, which was the first airline to accept bitcoin directly?

HodlHodl: I wouldn’t say there are a lot of merchants but there are a couple of places downtown you can pay with BTC. And there’s certainly quite a number of Bitcoin projects that originated in Latvia and the Baltic countries.

Some apartments in Riga accept BTC and yes, Airbaltic accepts bitcoin directly. I would recommend using either AirBaltic or CheapAir though because AirBaltic doesn’t cover all flight destinations. There are no Bitcoin-accepting hotels, but there are few apartments that accept BTC.

Bitcoinist: There’s probably less sponsors for an event like this given the absence of altcoins, blockchain snake oil salesmen,  ICO shills, and banking institutions. Is it difficult to fund such an event? Who are the sponsors?

HodlHodl: The sponsors that we have are all listed on the website. It was more difficult to fund the even last year. This year it’s slightly easier because we already knew the demand for tickets was there and we actually sold our first 100 tickets in the first couple of days after the announcement.

Bitcoinist: Can you give a sneak peek of what the agenda will be? In other words, what are the most pressing issues that should be in focus at this year’s event?

HodlHodl: The full agenda was just published on the website.

Bitcoinist: What speaker(s) do you look forward to the most this year?

HodlHodl: I think Saifedean Ammous and Eric Voskuil will be interesting to watch, they have some opposing views on the idea that Bitcoin will become the new reserve currency and both are very smart and intelligent people, albeit coming from different backgrounds. And their talks are scheduled on the first day in the morning, one after another.

Bitcoinist: Do you think the typical ‘blockchain’ conferences frequented by bank reps, ICOs, and blockchain ‘influencers’ have been beneficial or detrimental to Bitcoin and cryptocurrencies?

HodlHodl: I think it’s fine. People who go there realize, sooner or later, it’s all useless. Kind of a learning experience.

You can pitch your ICO or your blockchain projects to other ICO guys or blockchain guys, but hardly anyone is interested in anything other than their own project.

At Baltic Honeybadger we actually discourage pitching. That’s not what the conference is about.

Bitcoinist: Your event strives to be informative and educational to new Bitcoin users. What is the most important thing that newcomers should understand about Bitcoin before anything else? What do you tell people to get them interested in Bitcoin?

HodlHodl: My personal experience is that different people are interested in Bitcoin for many different reasons. If you want to get someone interested, find out what really matters to them and if Bitcoin can offer something that would change their life for the better, then that’s what you need to explain.

HodlHodl: Yes. We still have student tickets which go at 100 EUR. If you’re a student, you get a significant discount, so come join us and learn about Bitcoin.

Will you be attending this year’s Baltic Honey Badger conference? Let us know below!