Behold the Latest Bitcoin Board Game, ‘Hodler of Last Resort’ 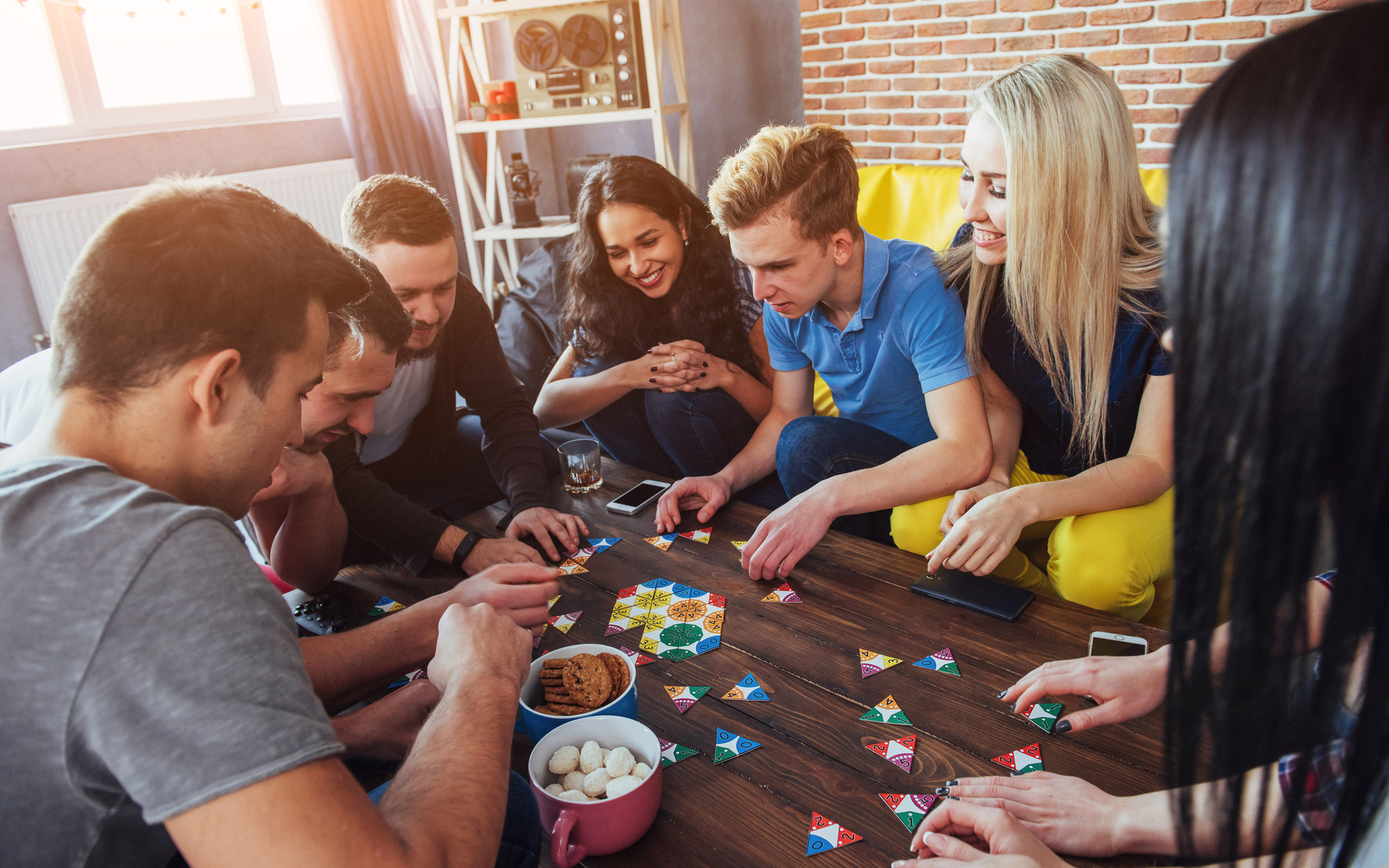 Behold the Latest Bitcoin Board Game, ‘Hodler of Last Resort’

If you always hit a brick wall when explaining Bitcoin to friends and family then you may be in luck. A Twitter user known only as ‘Pedro’ is developing a Bitcoin-based board game called ‘Hodler of Last Resort‘.

Pedro has designed the game to mimic Bitcoin’s incentives system and consensus rules as much as possible. Events resonate with real-world consequences for actions within and around the Bitcoin network.

Whilst the game is still in development, the draft game board already exists and the mechanic is defined. Each turn represents 52,500 blocks and there is a block reward of 50BTC per block, halving every four turns.

Only one player moves their counter around the board during a turn, but all players mine for Bitcoin using various amounts of coloured dice. Obviously having more hash-power (dice) gives a player a greater chance of mining the block and winning the reward, by rolling the lowest number on a single die. 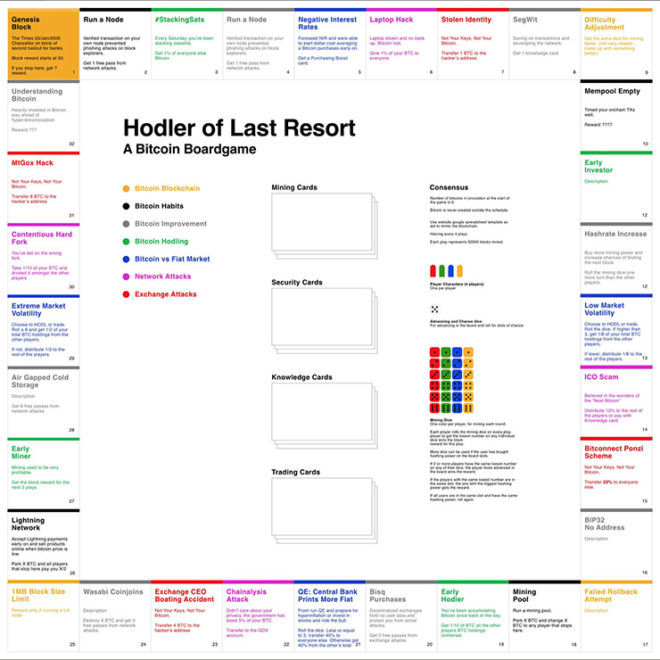 A player can land on squares triggering events such as trading, network or exchange attacks, or improving their Bitcoin habits. There will also be cards for mining, security, knowledge and trading.

The goal is to end the game with all the available bitcoin.

Admittedly, the two things couldn’t seem to be more at odds; a virtual digital currency in a physical board game? Do you own in-game physical bitcoin, à la Monopoly money?

Well, no. That wouldn’t work very well, as its very difficult to divide a paper bitcoin into satoshis… amongst other reasons.

Instead the game requires a spreadsheet to deal with the accounting. From the looks of things, this has been programmed to be as easy-to-use as possible, simply entering details of each turn’s mining block reward winner, and the square landed on by the player and consequences.

But this may still make it a little less appealing to board-game purists. After all, you don’t really want to have a laptop or tablet to hand whilst you’re playing board games.

Still, here at Bitcoinist we’re all for spreading the good word of Bitcoin far and wide, so applaud Pedro and wish him luck in his efforts.

What do you think of this new board game concept? Let us know your thoughts in the comment section below?