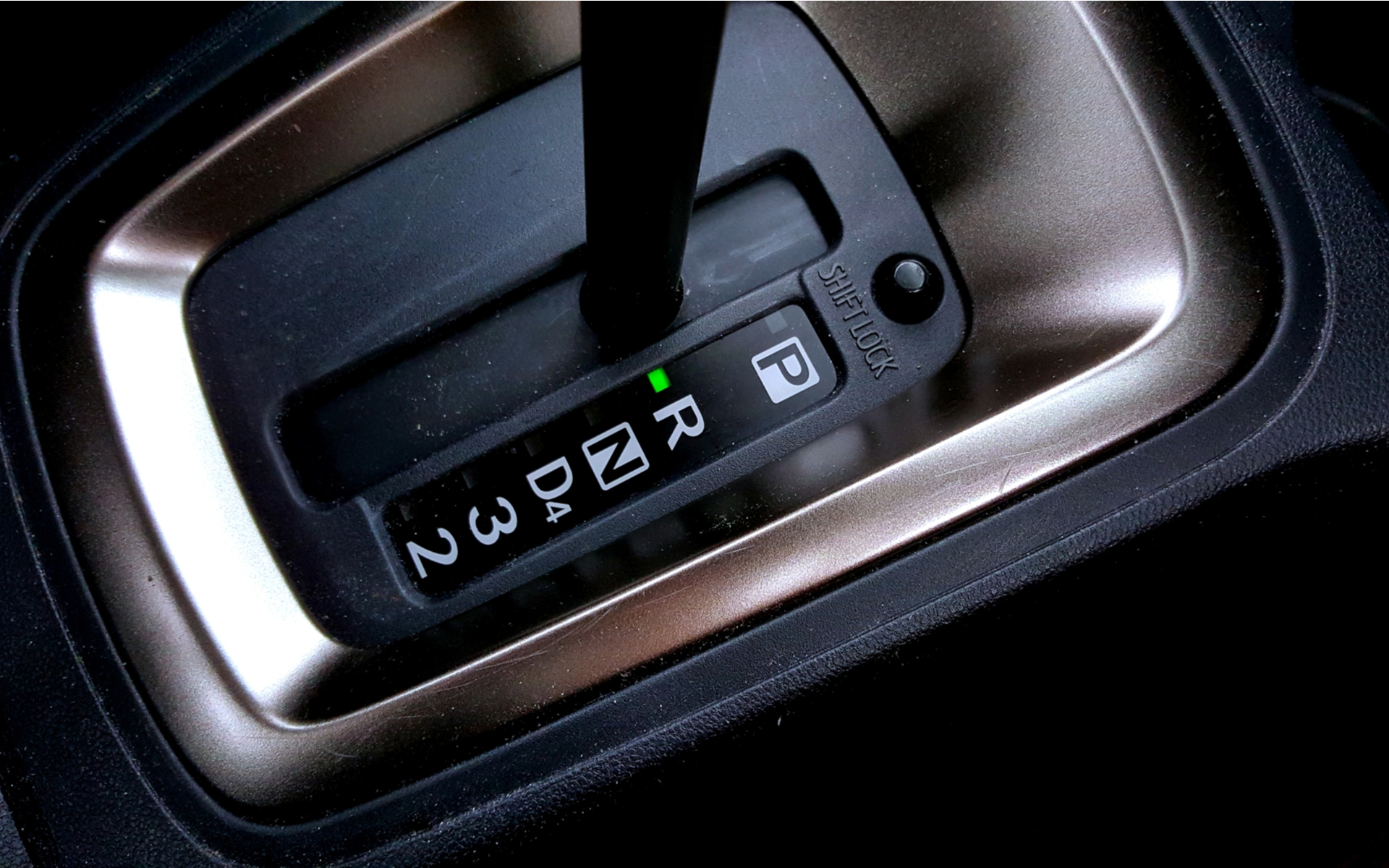 Binance coin has created three lower lows between now and June as price action loses close to 50% of its value. Further downside is expected, however, signs of a reversal could be playing out. 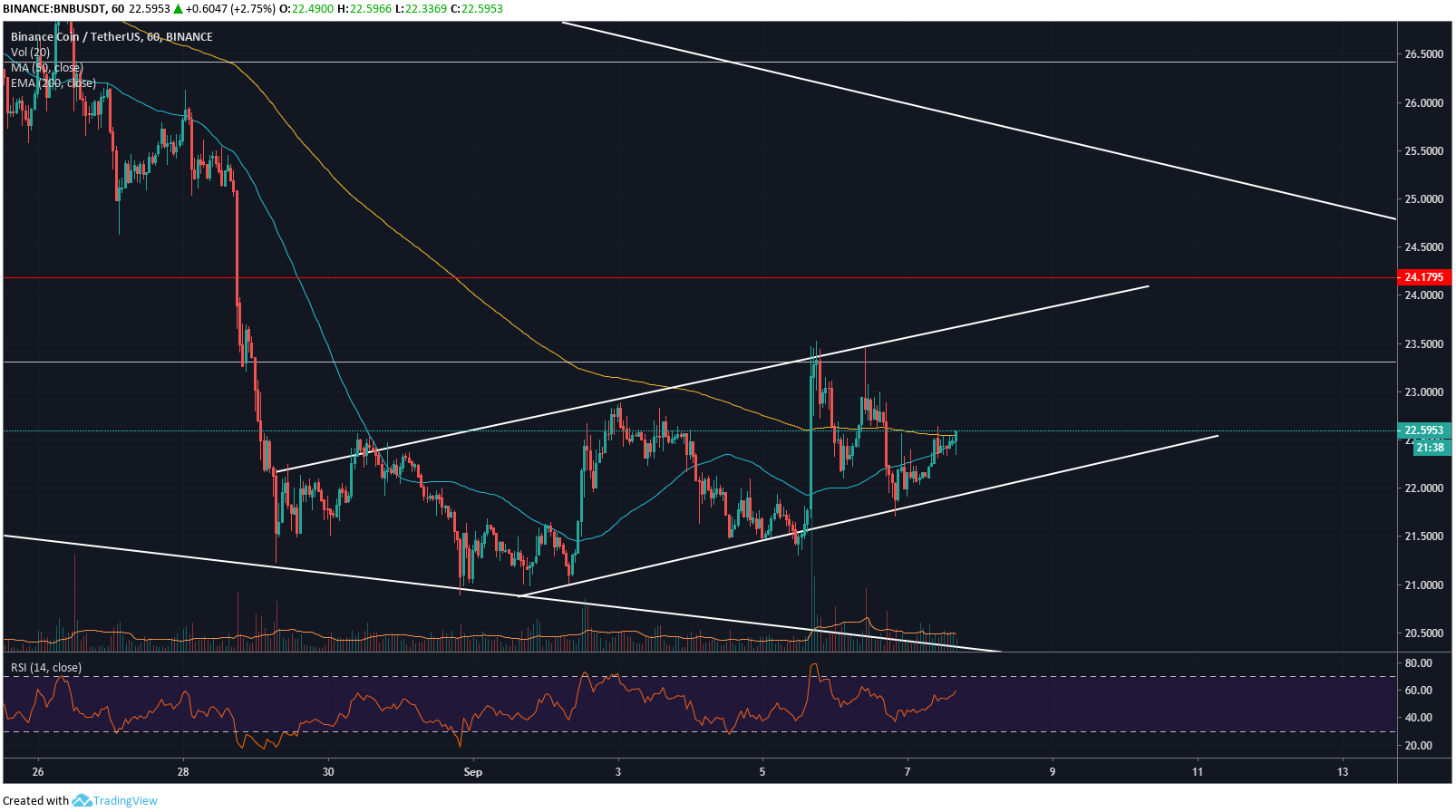 On the 1 hour chart for BNB/USDT, we can see at the end of August price levels crashed through $25 support as mentioned in my previous BNB analysis, since then price levels have bottomed around $21 and market price action creates an ascending channel. Both the 50 MA and 200 EMA are touching for the first time within the 1 hour visible chart range. RSI has also created three higher highs.

Volume has been gradually increasing since the 30th of August just before price action bottomed at $21. Volume levels will need to keep increasing to sustain the newly developed ascending channel which could result in Binance Coin testing breakout resistance at $24.5. 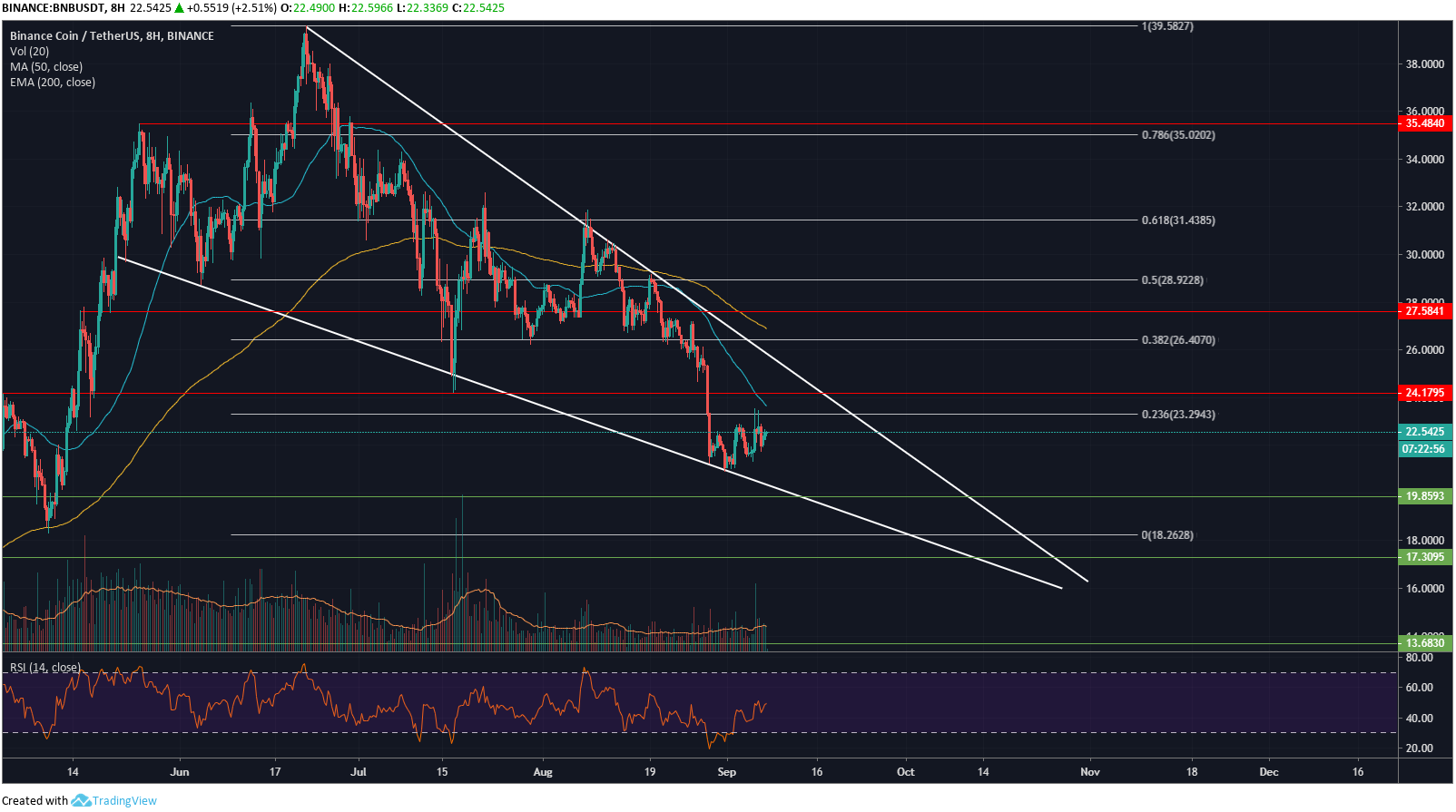 On the 8 hour chart for BNB/USDT, we can see a clear falling wedge has formed. Stemming from the highs at $39 down to the current third lower low at $21. Falling wedges are inherently bullish, especially when forming off the back of an explosive move to the upside. Further downside within the falling wedge is likely. Key support to look out for below the current market price is $19.8.

Volume has begun to rise over the last few days in comparison to volume levels seen throughout August. In order for price levels to attempt a bullish breakout through the falling wedge, volume levels must return to levels seen in May through to July. Currently, the market price is trading right below the 0.236 Fibonacci level which is also at the same level whereby price action would break out through the falling wedge. Bullish breakout is only confirmed once both of these levels have been surpassed.

RSI turned oversold towards the end of August and now appears to be forming bullish momentum which aligns nicely with the ascending channel on the 1-hour chart.  However, there are almost no indications that this uptrend will be sustainable.

Do you think Binance Coin will break out through the falling wedge in a bullish fashion over the coming weeks? Please leave your thoughts in the comments below!