One of the hurdles plaguing Bitcoin adoption in emerging countries is the fact you need an active internet connection to send and receive digital currency. Certain countries offer some form of Internet connectivity to locals at high prices, making it less appealing to use Bitcoin. But if SpaceX has a say in the matter, their satellites will be providing internet access all over the world. 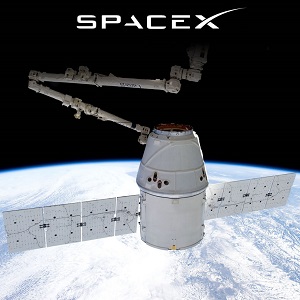 SpaceX has quietly opened new offices in the Seattle area, and those offices will be focusing on Elon Musk’s new project. According to the information we have received, the Seattle SpaceX offices are aimed to start on the design of internet-providing satellites. However, it is likely that early work has begun on bringing these satellites to life.

The main goal of these internet-providing satellites is simple: bringing fast and reliable internet access to everyone in the world. Internet speeds would be comparable to those you receive from a fiber connection, and up to 4,000 satellites will be launched into low Earth orbit. Should this project turn out to be a success, SpaceX’s satellites could become a major competitor for current broadband internet service providers worldwide.

Similar to what Google is attempting to create with Project Loon, this project wants to make sure every individual around the world has access to the internet at all times. And that could reflect on Bitcoin adoption as well, as you do need an internet connection to connect to the blockchain and broadcast transactions.

Especially in areas such as Africa – and even certain parts of South America – internet connectivity is limited or even non-existent. In fact, recent studies have shown that just one in six people on this planet have access to the internet right now. Projects such as SpaceX’s internet-providing satellites could have a major impact on that landscape.