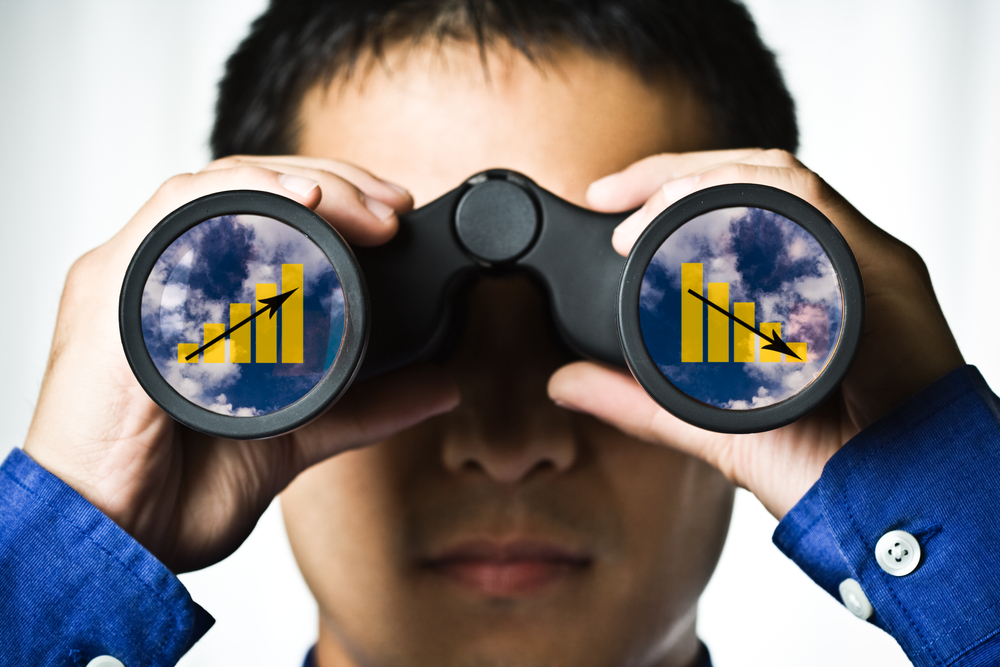 Bitcoin is undergoing a short-term trend reversal after hitting a three-year high above $14,000 with an inclination to test $12,000 in the coming sessions, says Dmitriy Lavrov.

The independent market analyst, who correctly predicted a bull trap scenario near the $14,000-level in his November 1 analysis, said Bitcoin’s hourly charts give bearish signals. He noted that “big players” secured profits at the local top after exiting their long positions. Simultaneously, amateur traders increased their bids for Bitcoin.

That led to a trade imbalance. The broader influence of influential traders in the Bitcoin market moved its prices lower. Meanwhile, the smaller fishes, who had just bought Bitcoin at a higher high, waited for their long positions to return gains.

Mr. Lavrov believes the imbalance will continue until the cryptocurrency hits $12,000.  The analysts reached the bearish conclusion after placing the price on an upward channel pattern – a structure showing the $12K in the midst of it. The level also coincides with the 50-day moving average. 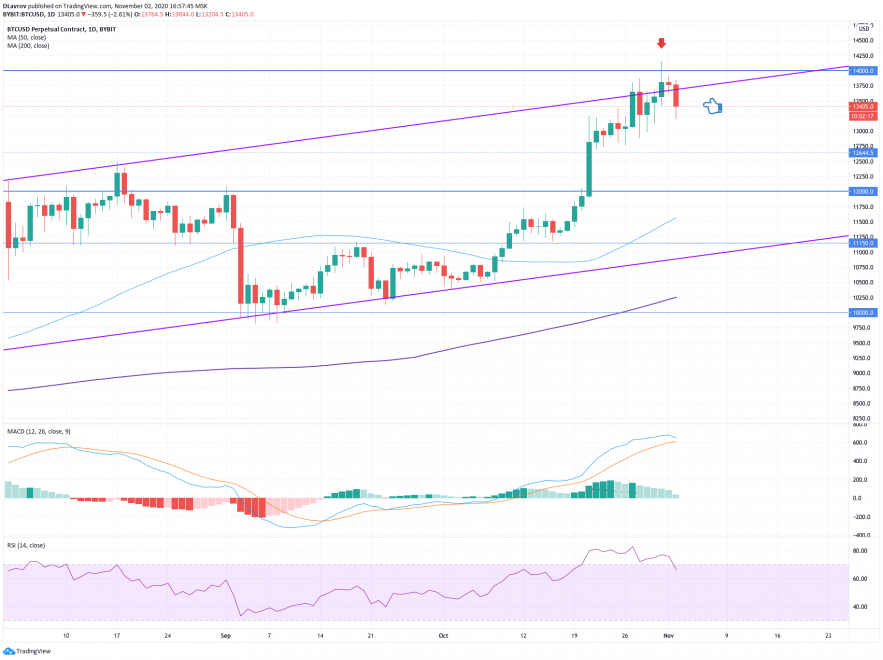 Bitcoin reversal alerts bulls about an extended decline towards $12,000. Source: BTCUSD on TradingView.com

That put the level alongside two converging support zones. It is a case traders typically make to predict a price rebound.

The analyst squeezed his chart’s timeframe from one-day to four-hour, a move that automatically adjusted its 200-period moving average to $11,970 at the time of this writing.

That created additional converging support on a smaller timeframe chart, showing the traders with a short-term appetite is also looking to retest $12,000.

Bitcoin 4H chart also hints at a decline towards $12,000 based on a 200-MA support wave. Source: BTCUSD on TradingView.com

“The correction movement looks like a good idea if we take into consideration the price action at the resistance zone,” added Mr. Lavrov. “New daily candles will be able to give us new information. RSI is in the overbought zone, and it will be able to give a good bearish signal. MACD is bearish now.”

Mr. Lavorov noted that the decline towards $12,000 would not exhaust the Bitcoin’s medium- and long-term bullish bias. He anticipated that big traders would use the dip to purchase the cryptocurrency at lower rates. The bullish sentiment at $12K holds enough merits to send the price above $16,000.

Part of the reason is fundamental. Bitcoin traders anticipate a major price rally after the US Presidential election on Tuesday.

A clear win for either Joe Biden or Donald Trump would pave the way for the second coronavirus stimulus package. Bulls believe that a rising fiscal deficit, coupled with the Federal Reserve’s commitment to targeting higher inflation, would send more capital into the Bitcoin market.

“It seems as if we find ourselves in another “this is good for Bitcoin” moment,” noted Max Bronstein, an analyst at Coinbase exchange. “A Biden win + blue senate effectively guarantees a wave of stimulus, with a floor of $2 trillion. In the case of a divided government, the Fed is standing by ready to expand asset purchases.”