Is Bitcoin Better than Gold? Part One: Transaction Costs and Centralization

In many ways, gold and Bitcoin are similar. They are both scarce; gold is scarce by nature and Bitcoin has scarcity coded into its protocol. Gold and Bitcoin are divisible; gold can be melted into small coins or even shaved into tiny flecks. Each bitcoin is divisible by eight decimal places. They are both fungible; each ounce of gold is interchangeable with the next, and all bitcoins are interchangeable with one another. Gold and Bitcoin are also very different in many respects. Gold is physical, Bitcoin is digital. Gold relies on banks for safekeeping and payments, Bitcoin is stored on a computer and tracks payments with a distributed, public ledger. Gold is vulnerable to robbers, while Bitcoin is vulnerable to hackers. The list goes on and on.

Newcomers often make these comparisons between gold and Bitcoin and ask the question: is Bitcoin better than gold? This question does not have an easy answer, and arguments revolving around it regularly crop up in the Bitcoin community. The pros and cons of gold and Bitcoin blur the line of superiority between the two, making the victor unclear. Therefore, in this series, we will present the main advantages and disadvantages that the two assets hold over one another, allowing the readers to answer this question themselves. This article will cover the advantages and disadvantages of gold and Bitcoin when it comes to transaction costs and centralization. 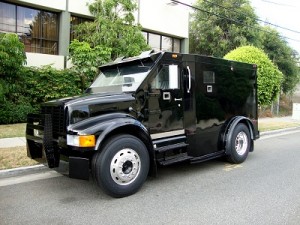 Gold takes up physical space, requiring a significant amount of material resources to transport from location to another. Moving gold takes roads, vehicles, human labor, and safe locations for storing the gold. Furthermore, these transportation components require large amount of resources as well. Roads require massive amounts of capital and labor, as do vehicles and storage facilities, and human labor is relatively scarce, which tends to make it expensive. Even a collector storing a small supply of gold in his or her home must expend a significant amount of resources. The collector needs a safe or some kind of storage device to securely hold the gold, as well as physical space for the storage device. The collector also has transportation costs; he or she either has to drive to a gold broker to buy the precious metal, or pay to have it shipped to his or her house. Using gold as a currency demands space on one’s person, as he or she has to carry coins in their pockets or bags. This particular space requirement has historically led to the use of gold-backed paper notes as substitutes for hard cash, which creates a need for trust that we will examine in part 2.

Bitcoin is the clear winner when it comes to transaction costs. This currency exists in the digital world, its most intense space demands come in the form of memory. The minimum amount of physical space required for storing Bitcoin, then, depends on how the user wants to handle his or her money. Bitcoin can be stored on something fairly sizeable, such as a computer. On the other hand, a Bitcoin wallet can be stored in something as unintrusive as a cell phone, flash drive, or even the owner’s brain. Daily payments can be made easily with a mobile wallet, eliminating the desire for paper substitutes. 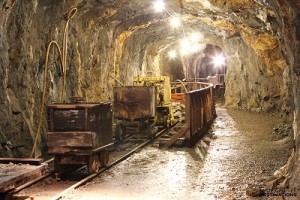 Gold can also be centralized at the banking level. This centralization occurs by banks gaining market share through competition, or when governments centralize the banking system through legal means. A cartelized (or monopolized) banking system gives a small group (or one firm) control over the storage of an economy’s gold. As far as paper substitutes are used, a centralized banking system can control the supply of an economy’s bank notes. Centralized banking may be considered more dangerous than consolidated gold mining, because a bank can use its power to run fractional reserves and issue paper notes in excess of its gold reserves. Some people believe fractional reserve banking is the root of the business cycle, and discourage its practice.

Bitcoin mining centralization occurs through the same process as gold mining centralization. Bitcoin miners with economies of scale are more efficient than smaller miners, thereby creating a tendency for mining firms to grow larger as costs increase. Just like with gold mining, the optimal size for a Bitcoin mining firm may mean that it controls a majority of the mining market — or, in Bitcoin’s case, a majority of the network’s hashing power. A mining firm with a majority market share is more dangerous than a large gold miner, because Bitcoin miners play a powerful role in the overall network. If a miner gains 51% or more of the network’s total hashing power, it is in a position to double spend. Such an event would harm the integrity of the Bitcoin network and would drive many people away from the digital currency. 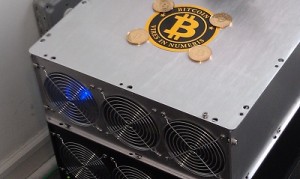 Bitcoin nodes can become centralized as well, which makes the network more vulnerable to an attack. Nodes are essential to the network because they store the blockchain and broadcast transactions across the entire network. Without nodes, Bitcoin would not be able to exist. Two major factors play into node centralization: a growing need for memory and a lack of economic incentive to run nodes. As Bitcoin becomes more widely-accepted, blocks become larger and in turn the blockchain takes up more memory. Since nodes store the entire blockchain, the computers running the nodes must have enough memory and be able to increase their memory capacities over time. However, since nodes currently receive no income, the cost of upgrading memory falls entirely on the operator. The absence of node income eliminates any economic incentive for running a node, making it an action of pure altruism. As a result, fewer people are willing to run nodes as the blockchain gets larger, thereby centralizing the node network. The fewer nodes that exist, the easier it is for an attacker to take down the network, since there are fewer places that need to be forced offline.

Thus, the issue of centralization is not as clear-cut as transaction costs; it is possible that neither gold nor Bitcoin is a winner in this category. Both assets are susceptible to centralization, which can have negative impacts in both cases.

Which is better, Bitcoin or gold? Let us know in the comments below!