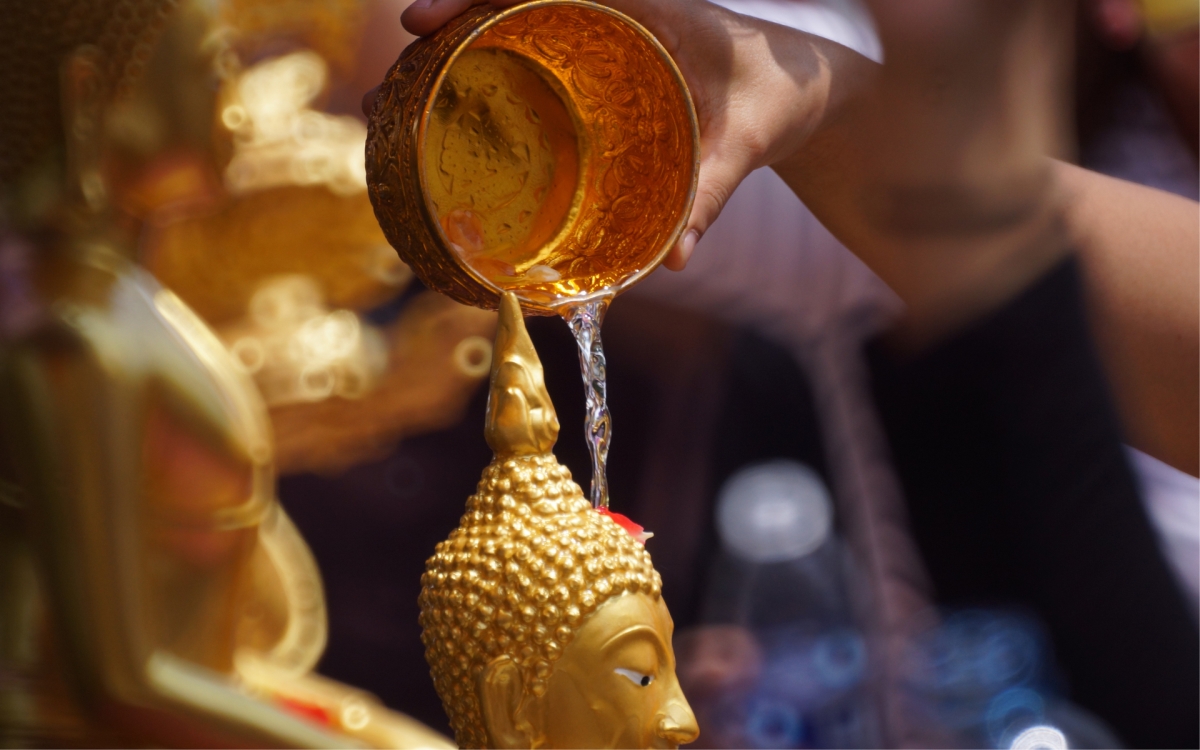 Bitcoin is gaining a lot traction in India. Bitcoinist spoke with Sunny Ray, co-founder of India’s Bitcoin exchange UnoCoin, to better understand what is fueling this growing trend in the country.

Bitcoin is going places. After conquering China and catapulting it to the front line of Bitcoin’s trading and mining sector, it is now starting to get traction in other countries like Japan and South Korea.

Now, Bitcoin is also showing signs of a growing adoption rate in India, a country that has been deeply impacted by the demonetization policies implemented. 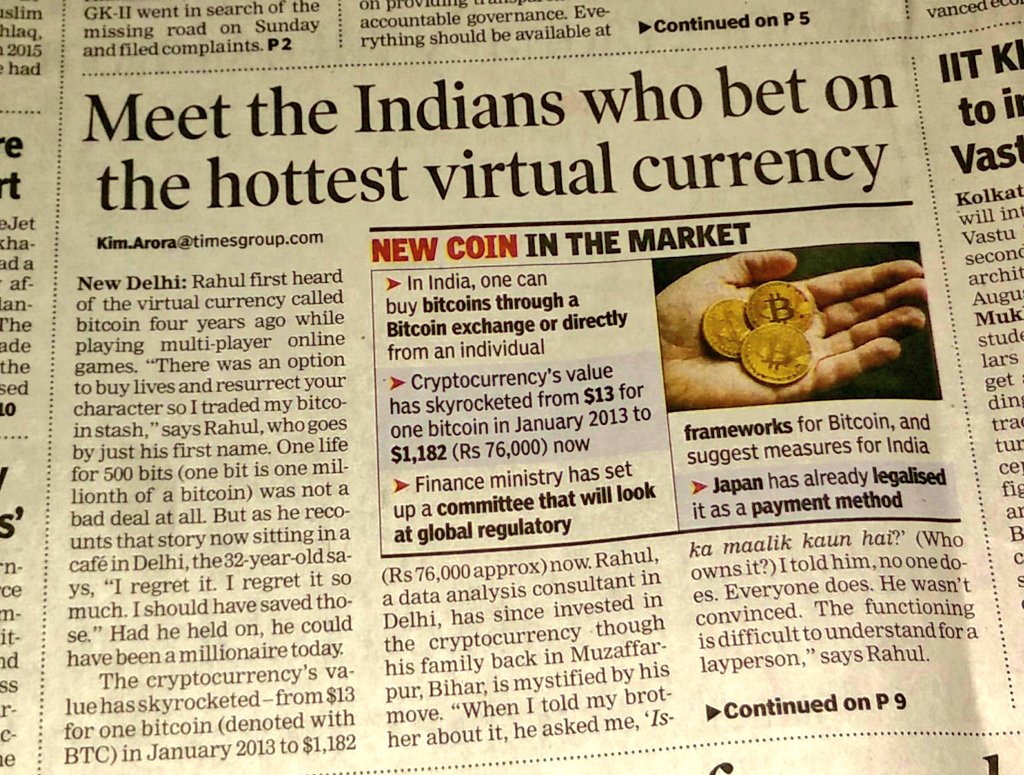 A look at yesterday’s Times of India publication shows that Bitcoin is featured on the front page. The publication tells the story of a man who unknowingly exchanged, what would now be, a Bitcoin fortune for extra lives on an online game, something that he obviously regrets.

The article also provides some facts about the cryptocurrency, its price, and regulatory standing. It also mentions the Interdisciplinary Committee created to assess the current state of existing global regulatory and legal structures as a means to apply the best regulatory framework possible for Bitcoin in India.

Finance ministry has set up a committee that will look at global regulatory frameworks for Bitcoin and suggest measures for India.

Bitcoin adoption in the country can be seen, not just in media reports, but also in the data provided by Unocoin, India’s most popular Bitcoin Exchange. Co-founder Sunny Ray recently noted that:

Why is Bitcoin Booming in India?

Bitcoin’s received a lot of attention after the demonetization policies that saw India’s highest denomination banknotes removed from the economy were implemented in November 2016. 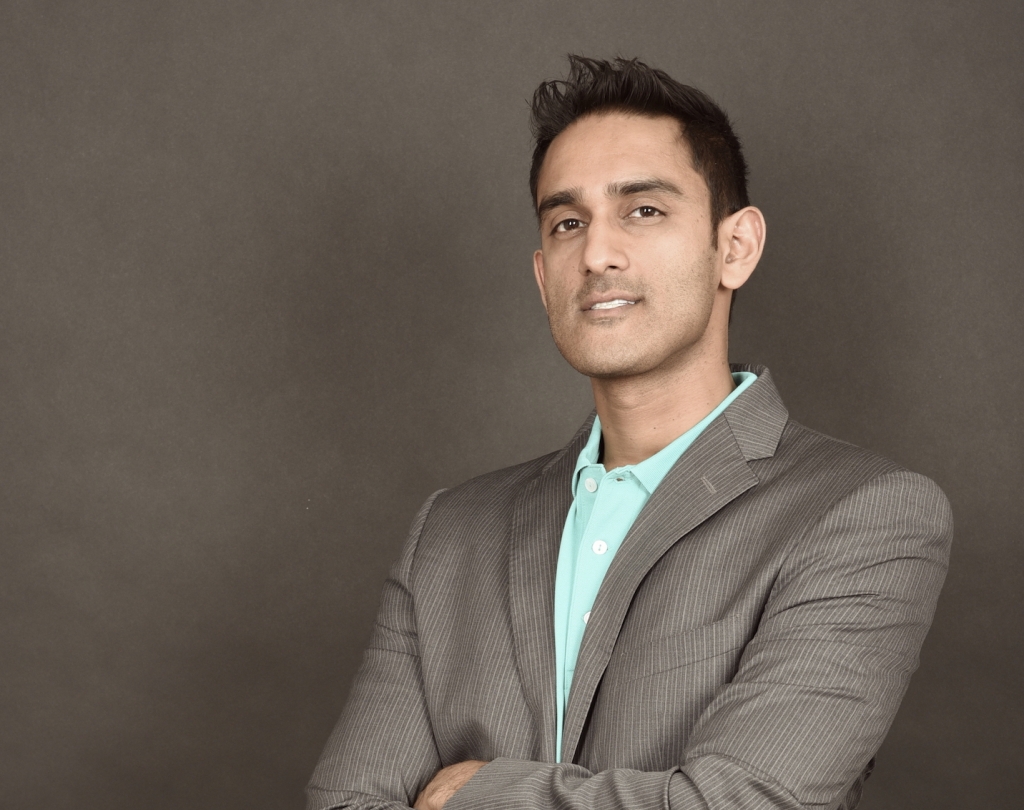 Since then, however, much has changed. Unocoin’s Sunny Ray explained what’s fueling Bitcoin’s growing popularity in the country:

We think it’s less to do with demonetization and more to do with its underlying benefits. The uses range from: store of value is the number one use case (digital gold), second is inward remittance (as opposed to losing 4 days and 10% in fees), p2p payments, buying things online (mobile top up, etc), and it keeps going.

Furthermore, it’s not just Unocoin that is seeing an increasing adoption in Bitcoin within the country.

Trading volume from p2p exchange LocalBitcoins reveals this growing trend, for example, as does the global INR market data provided by CryptoCompare:

“We conclude that, while the demonetization itself may have been a catalyst for Bitcoin’s growth in India, it simply revealed one of the many advantages that Bitcoin brings, in this case, the lack of centralized control and the superior privacy provided by the cryptocurrency,” he added.

Earlier this month, the Indian government established an Interdisciplinary Committee chaired by various institutions like the country’s central bank and ministry of home affairs.

The committee’s main functions are

The committee is expected to release a report on its findings by July of this year.

It is unclear what changes the committee will bring about but Ray hopes that the creation of this organization will help citizens better understand virtual currencies, their benefits and risks.

Our only hope is to try and educate the public. We are working with the best law firm in the country. The same law firm that’s helped to establish the largest self regulatory body in India, they helped enable payment processing and ecommerce to emerge and many many other seemingly disruptive change to the country:  Nishith Desai & Associates. All we can do is try. And the fact that some journalists in India are writing sensationalist articles to pry on people’s fears is not helping the cause.

The organization will focus on creating standard guidelines for trading blockchain based assets, KYC/AML and STR norms, while collaborating with regulators, creating awareness about the benefits and risks of cryptocurrencies such as bitcoin, and producing an environment that will stimulate the creation of other blockchain startups. DABFI will also publish reports regarding cryptocurrencies and blockchain technology.

Will the new Interdisciplinary Committee help advance Bitcoin’s adoption in the country? Let us know in the comment section!