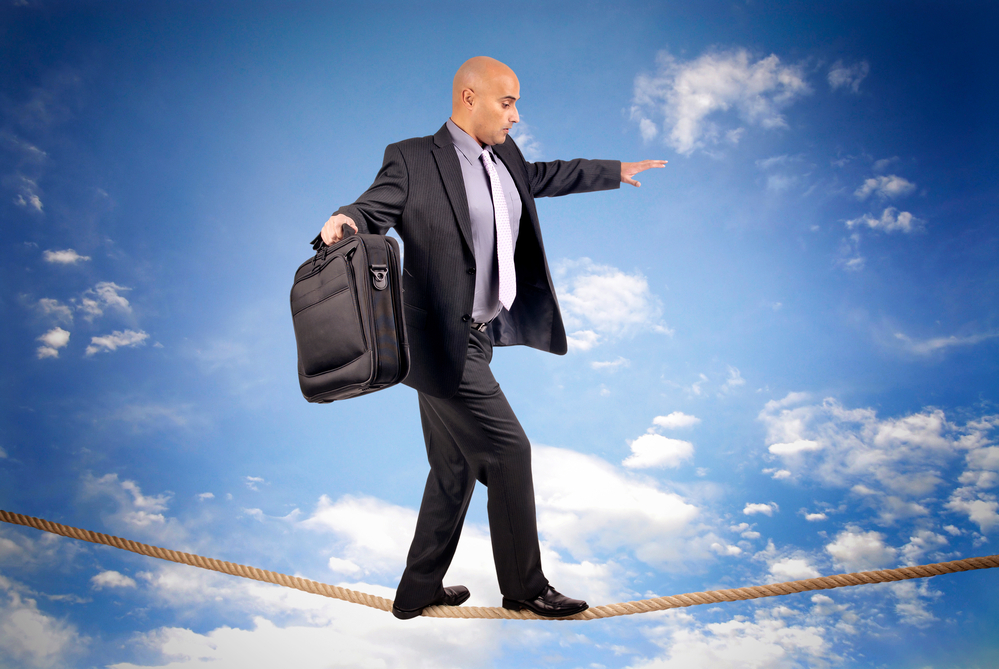 No one can tell what is in Bitcoin’s mind these days.

The benchmark cryptocurrency rose by more than 150 percent from its March 13 nadir. Its gains followed a steep crash in the wake of a global market rout that practically hurt every traditional and new asset as investors moved to the safety of cash.

The US Federal Reserve later intervened with an open-ended stimulus package worth $2 trillion. The central bank also slashed its interest rates to near zero. There was now enough cash liquidity in the market. So, the demand returned into the risk-on market, helping the stocks, gold, bonds, and Bitcoin recovery in tandem. 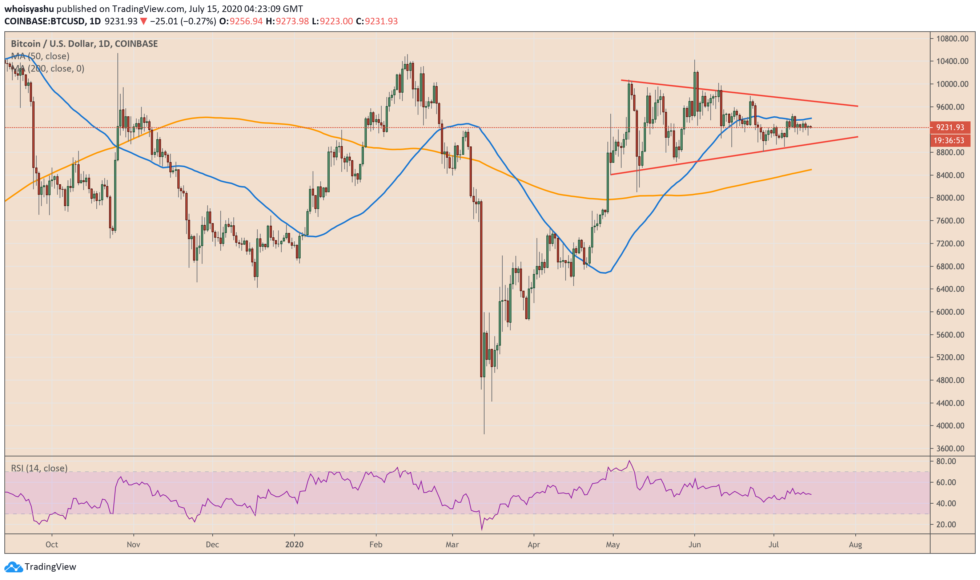 Bitcoin consolidating sideways after reversing from its local top near $10,500. Source: TradingView.com

But entering July, it appears the rally has primed. Bitcoin is fluctuating between $9,000 and $9,300 for the last two weeks as its realized monthly volatility dips to record lows. Meanwhile, the US benchmark S&P 500 remains choppy under its third-quarter top at 3,235.3.

Bitcoin traders anticipate a large move after a low volatility period, but they remain unsure about the direction of the next breakout.

Meanwhile, Bitcoin’s correlation with the S&P 500 has grown to a record high, according to data provided by Skew. A large section now sees the US index as the only major influencer to help Bitcoin establish its short-term bias.

And all of a sudden the $SPX correlation is a thing again. $BTC #BITCOIN

And the S&P 500 is flashing red signals.

Jim Cramer, an analyst at CNBC’s Mad Money, warned Tuesday that the uptrend in the S&P 500 could run out of fuel by the end of July.

He said the index eyes a climb of 4-5 percent “over the next two weeks” but the rally may start fizzling out by July 28. Mr. Cramer reasoned his bearish take with the scheduled expiry of unemployement benefits at the end of the month – and with two technical indicators provided by another analyst, Larry Williams. 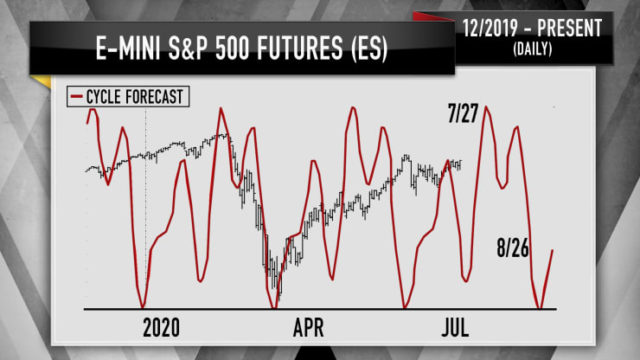 The first indicator, as shown in the chart above, is a “red line” that changes direction ahead of an S&P 500 reversal. Meanwhile, Mr. William’s second indicator is an advance/decline line. It pits the number of rising stocks against the falling ones to spot peaks before a market sell-off. 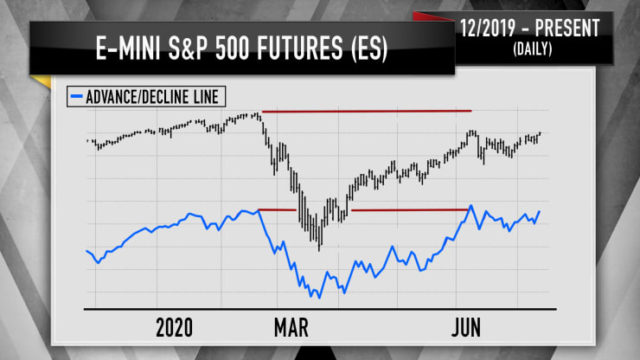 So it seems, the Advance/Decline ratio peaked earlier in June 2020.

“Again, you can see that the S&P lags the advance/decline line, which went to a new high in early June,” Mr. Cramer said. “If history is any guide, Williams, therefore, expects the S&P 500 to make a new high about a month and a half later.”

The Bull Case for Bitcoin

The S&P 500 prediction points to a bleaker scenario for Bitcoin.

The cryptocurrency, nevertheless, holds strong above $9,000, as confirmed by analyst Michaël van de Poppe on Tuesday. Another market observer Qiao Wang, a crypto analyst and former head of product at Messari, sees the S&P 500’s influence on Bitcoin as a positive sign.

He noted earlier this week that investors should use the correlation to dump stocks and buy Bitcoin – instead of pursuing an opposite strategy. Mr. Wang asserted that the central bank’s money-printing plans would eventually lead “inflation goes through the roof,” leaving Bitcoin as the true defense.