Bitcoin Community: Get Your Act Together!

Bitcoin Community: Get Your Act Together!

In my network of contacts there are a couple people that have given me their opinions on Bitcoin. From professors at reputable European universities and senior business managers to every-day people, all have had interesting things to say.

Of course some people didn’t like what these people had to say. However, people need to put their reactionary ways aside when reading criticism about the Bitcoin technology. Yes, it is not fun to read negative things about something we love so much, but we should look closer at what these people are really saying. If you are doing that correctly, you might find some legitimate problems with Bitcoin need to be addressed in order for the currency to flourish.

The following interview will undoubtedly step on a lot of toes, like most articles that have a skeptical tone towards Bitcoin. However, skeptical articles can provide great feedback — if done correctly. Hopefully, this article will point out problems that aren’t always visible to Bitcoin community members.

Serge: You have been following Bitcoin for quite a while now. Can you introduce yourself and give us your views about Bitcoin? 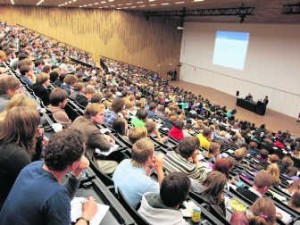 JC: Well of course I can. I’m JC and a professor of economics, business and development at 3 different universities in Europe (they are quite famous ones and as such I will not mention them). I’m also a board member in a dozen other companies ranging from the fruit the fruit sector to precious metals. The reason that I’m not giving my name has 2 reasons. The first is that a good colleague of mine has recently been hacked because she was too vocal and asked a lot of questions concerning Bitcoin. The second reason is Bitcoin itself and the “anonymity” it hold so dear.

Whenever I read a lot of comments on articles that hide the name of the interviewed people saying: “ it is a fake interview” and things along that line; it makes me laugh very hard. Most of these people commenting on them use VPN to mask their online activity, use fake names when placing those messages, etc. Don’t you think it is a bit hypocritical to criticize the article while you yourself are using anonymity tools (laughs)?

I could go on and on, pointing out the inadequacies of these people but I won’t do that either. Usually those people never learn anything and are frustrated by something or another. Let us now move to the second part of your question; which is my views.

I think Bitcoin is the next evolutionary step in the monetary system. We have seen the digitalisation of currency in the 20th century. To get higher and faster transaction speeds you need to digitalise your transactions. The banks did that eventually but in the last two decades; the real innovations have been slowing down to a low belly crawl. They were either bogged down due to regulation and oversight. Regulation and oversight can be a good thing but not if the sons and daughters of political and influential people are given a place in that organisation. Agreed this is a generalisation but an apt one and i speak from experience. Students that have fought their whole life to get somewhere, sometimes failing and having to do a year or 2 over are more proficient afterwards. Nevertheless that is a discussion for a later interview.

Bitcoin does provide that stifled innovation and creativity to burst forth and bloom. Some ideas will work, others won’t but the fact that there is an opportunity for people to be creative and innovative is a good thing.

In my opinion Bitcoin, and the technologies surrounding Bitcoin, are “a” solution for the current problems in the world. Some people view Bitcoin as “the” solution to everyone’s problems. That view is a bit narrow minded. The real world is more complex than a black/white or 1 and 0 point of view. Bitcoin, and the Bitoin community, does have serious issues that need to resolved before it can grow faster.

However all in all I believe that Bitcoin is currently the best and only option for us out there. Sure there are some altcoins that try to live up to the “Bitcoin standard”, but Bitcoin will be here to stay so to speak. One of my favourite alt coins is Dogecoin. They have such a positive “can do” attitude that reminds me of my favourite students. They are also more open to receiving and analysing the critiques they get.

Serge: You said something interesting in the previous question. You said: “Bitcoin, and the Bitoin community, does have serious issues that need to resolved before it can grow faster.” What is it you did not like or what problems did you encounter?

JC: There are so many big and little things that I found that are problematic that can potentially turn into some huge problems in the near future for Bitcoin and its community. I will just point out a couple things that need to be resolved quickly.

Well the first problem that I found was inaccurate, unprofessional and amateurish news reporting and analysis. Writing a professional article does involve more than just a copy/paste move, like some self-proclaimed “prominent news sites”. This shows the world and professionals alike that the whole Bitcoin community is a fake or fraud, which it isn’t.

My suggestion is that news sites should hire professional personnel to do their articles. What do I mean by that? Hire people that can actually write and preferably have a university degree from a reputable university. Don’t hire people because they proclaim to be a “journalist” ( basically any higher educated person can write articles because they have the necessary know how to do a good job), “historian” ( which you need to have a master’s degree in history from a university to claim that, if you do not have that you are just an amateur).

The second problem is that I have is that the community is pushing for more merchants. If you push for more merchants but the general population doesn’t understand your product, your product will not flourish. First education then merchants, otherwise you will miss crucial momentum that can be problematic in the long run.

The third and maybe one of the most important one of all: Get you house in order! Make a list of known scammers and fraudulent people, just like the some forums are already doing. Take action against these people and identify who they are. Claims like “he/she stole my Bitcoins” without providing proof should be dismissed immediately but the cases where there is actual proof should be further investigated.

Serge: what are your conclusions about Bitcoin and can you give us some professional advice?

JC: I know I am a bit harsh in my critique but all in all Bticoin and its community are doing a fairly good job. Nobody is perfect and neither are companies but Bitcoin can, and the technology surrounding Bitcoin, react nearly immediately on problems that might occur. Bitcoin is on the right path but is must not ignore the critics.

In this interview I highlighted problems that have a lot of people worried. I suggest the community listen to the professionals when they are giving critique. Look at what they are saying. Of course you always have professionals that are speaking about things that they have less expertise in but even then that can be a good indicator for identifying problems. In that case education concerning Bitcoin is the factor. So instead of going in a rage, look at what the critics are saying and do something about it.

The bitcoinist team and I would like to thank Professor Dr. JC for his time and agreeing to do an interview with us. The views and opinions that the professor gave in this article may not be the same as we have at Bitcoinist. The Bitcoinist team is quite diverse and so are our own opinions.

Do you think that the professor is correct in his viewpoints about the problems within Bitcoin and the crypto community in general? How would you tackle the highlighted problem?