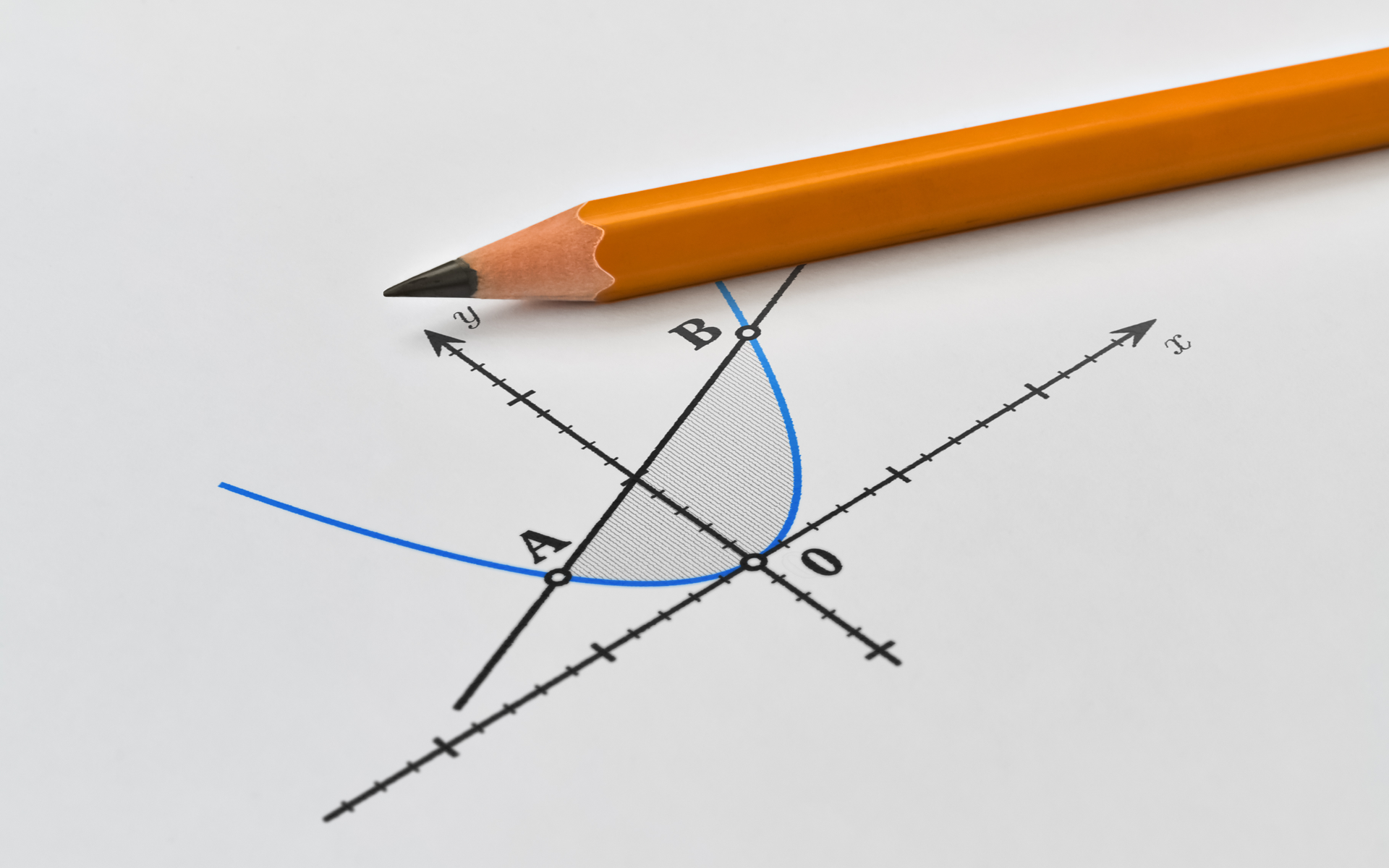 Bitcoin price took a surprising tumble after some inexplicable kerfluffle at BitMEX and traders are now wondering if the current rally has been compromised.

Yesterday’s massive liquidation at BitMEX has the entire crypto-world up in arms and concerns about broken parabolas, fat fingers, wonky algos, and outright manipulation are setting every chatroom and journal on fire.

Despite all the chaos, one veteran trader isn’t the least bit worried, in fact, in an indirect way he appears to have predicted that something like this would happen.

$2,200 correction should prove to be swing trade buy pic.twitter.com/6IBjxgmIs8

Veteran commodities trader and Bitcoin muse Peter Brandt recently tweet shouted a response to a Twitter user’s question about the state Bitcoin’s most recent parabola and according to Brandt it would break down and “morph into a lower sloped parabolic advance”. 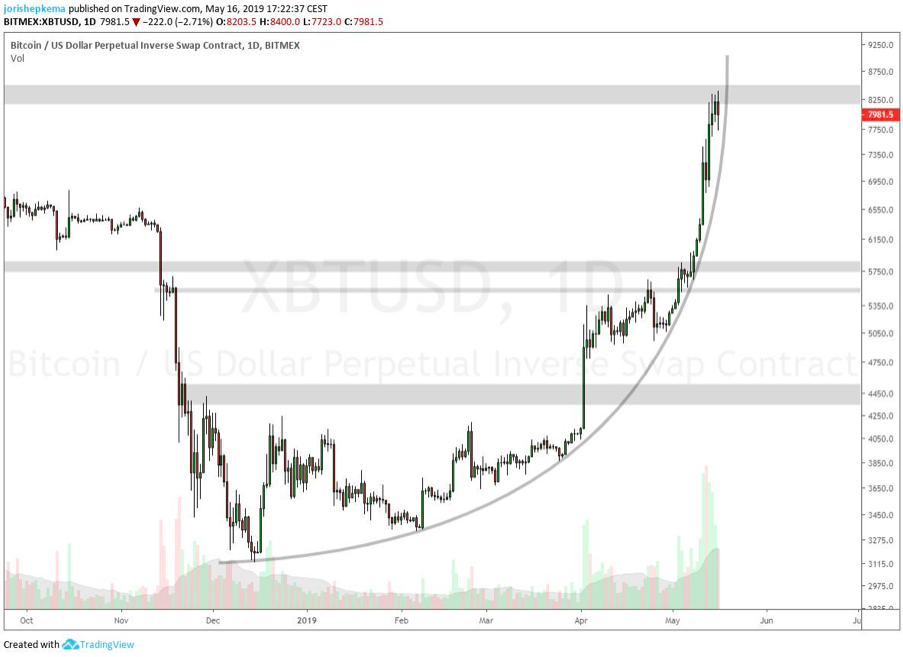 While speaking to BlockTV at Consensus 2019 Brandt also predicted that Bitcoin will run to $50,000 but also said:

History Doesn’t Repeat Itself but it Often Rhymes 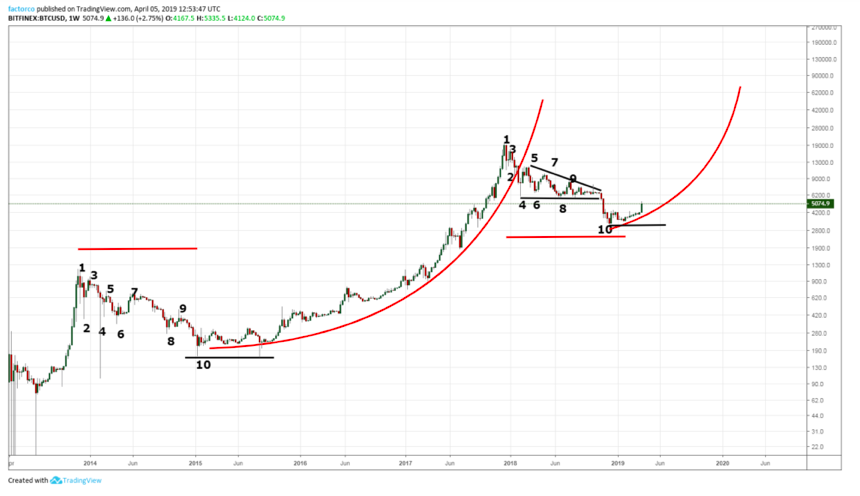 Brandt’s previous suggestion that Bitcoin’s recent price action was nearly identical to the double bottom from 2015 is holding up well and his explanation that this bottom followed the sharp correction from its prior parabolic peak in late 2013 remains sufficient.

According to Brandt and a growing number of analysts, Bitcoin should experience a significant pullback then continue is advance higher at a reduced slope that is more sustainable.

It is incumbent upon investors to conduct their own research and typically the advice of analysts should often be taken with a grain of salt but Brandt appears to have a knack for accurately assessing Bitcoin’s future price action.

Traders and Bitcoin ‘hodlers’ will surely remember Brandt’s December 2018 comment that “Parabolas once violated, often result in 80% decline.” and though this tweet referred to the Dow Jones Industrial Average, Bitcoin did retrace more than 70% in 2018.

Generally, Brandt seems fairly optimistic about Bitcoin’s upcoming price action and his most recent tweet suggests that Bitcoin could drop by $2,200 to $4000-$4,100 range before resuming its strong uptrend.

You can read the latest Bitcoin price analysis here.

How do you feel about Peter Brandt’s prediction? Share your thoughts in the comments below!