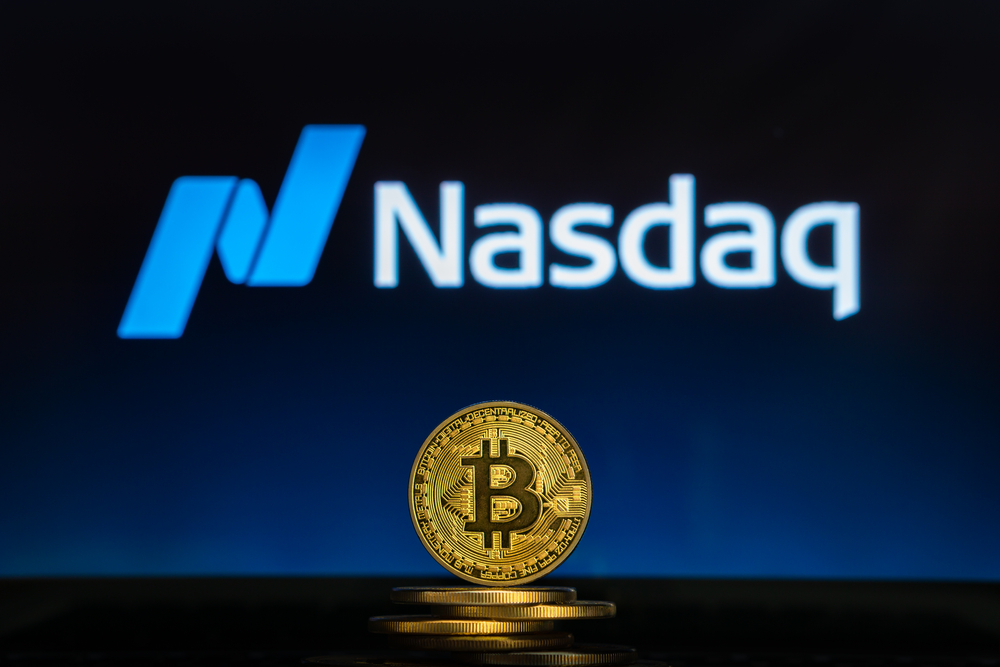 Bitcoin stepped away from tailing price trends in the Nasdaq Composite, helped by more signs of institutional interest in the cryptocurrency sector.

The BTC/USD exchange rate surged 3.96 percent to $54,489—a two-week high—after a report from Goldman Sachs revealed that 40 percent of its clients now have exposure to cryptocurrencies and 70 percent of them believe the cost to purchase one bitcoin would hit $100,000 in 2021.

Goldman’s report surfaced a week after it announced that it would relaunch its cryptocurrency trading desk. The banking giant had closed the said platform in 2018 in response to Bitcoin’s wild downside moves that ultimately saw its prices crashing from $20,000 to $3,200 in just a year.

But between March 2020 and February 2021, the flagship cryptocurrency soared above $58,000 from $3,858 as traders and investors purchased it as insurance against the global central banks’ quantitative easing programs. Speculators noted that Bitcoin’s limited supply cap of 21 million tokens made it more attractive than holding cash, which has an unlimited supply.

Nasdaq firms Tesla and MicroStrategy piled into Bitcoin using the same narrative, citing the US dollar’s yearlong decline in 2020 against the rising US public debt (it crossed over $21 trillion). That further prompted service giants like PayPal, MasterCard, Bank of New York Mellon, and Goldman Sachs to announce bitcoin-enabled products, ranging from custodianships to trading portals.

Bitcoin reached $58,367 on February 21, its highest level on record, but lost about 26 percent of its valuation on unsupportive macro narratives. A dramatic spike in the long-dated US Treasury yields reduced appeal for assets that did extremely well during the coronavirus pandemic. That prompted Bitcoin and tech-heavy Nasdaq Composite to develop a positive correlation.

As yields stabilized near their one-year highs, Bitcoin attempted a decent recovery. Between February 28—the day the cryptocurrency formed a session low of $43,016—and March 9, the BTC/USD exchange rate recovered by more than 25 percent to $54,489. On the other hand, Nasdaq plunged 2.4 percent in a technical correction.

Bitcoin’s upside moves this week came in the wake of fresh institutional integrations.

On Monday, oil billionaire Kjell Inge Rokke’s firm Aker ASA launched a new branch dedicated to Bitcoin, buying about 1,150 BTC for the wing’s treasury reserves. Over the weekend, Meitu Inc., a Chinese photo-editing app, said that it added Bitcoin and the second-best Ethereum to its balance sheets.

Cathie Woods, the founder/CEO/CIO of ARK Investment Management LLC, said in an interview with CNBC that more corporates would buy Bitcoin as they sit atop tens of billions of cash reserves. She anticipates BTC/USD to hit $60,000 in March.