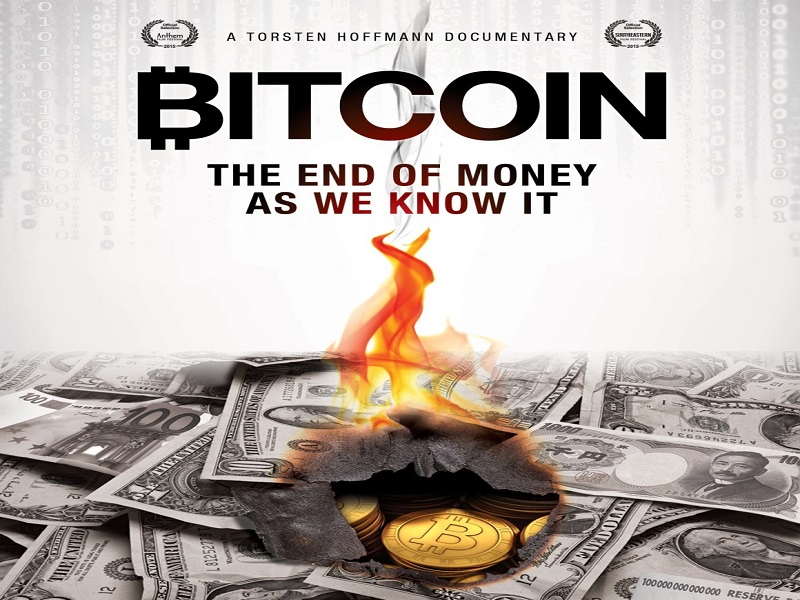 [/ezcol_1quarter] [ezcol_3quarter_end]The subject of money is undoubtedly a source of enigmatic confusion. Many people have covered it, from economic professors, to bloggers and authors; even Ira Glass on NPR. But Bitcoin continues to feed confusion over what it is, how it got here, and whether or not it could change money in our lifetime.

Director Torsten Hoffmann breaks out into the world of money with his energetic documentary, “Bitcoin: The End of Money As We Know It” (2015). It’s dynamic, filled to the brim with hard-hitting history. There’s electricity in the pace, a kineticism in the narration, a fervor in the subject matter and the high-stakes world of finance. It is a rapid film that catches you off guard, with a title as provocative as itself.

The picture begins with a luring score that ushers us in, not to explore simply Bitcoin, but to hint at the basis of trade, commerce, and civil society. Montaging clips of personal interactions and crowds of people, Hoffmann opens the film as if opening the blinds on a warm and beautiful morning. His story of money is one filled with promise like a sunrise over a landscape of human spirit.

It is this very story that Hoffman brings us along, flitting through moments of civilizations past, guided by the deep vibrato of John Barrett’s narrating voice. It is interesting, intriguing, and above all, intellectual.

Yet, as a filmmaker in the realm of Bitcoin, one must straddle and balance the call of activism with the power of art. They are two forces that when utilized effectively, complement each other, but if misunderstood, falls flat on its face. Unfortunately for Hoffmann, this film is a somewhat uneasy mix of both.

There are moments when it seems he forgets this, fitting stock footage into empty spaces and losing the vigorous dynamism that sparks the opening montage in the first place. Even his credits sequence plagues his film retroactively with an almost suicidal use of comedy that bluntly bludgeons the audience with absurdity, as if to ironically poison the conversation he spent 60 minutes building up.

Additionally, the choice to film talking heads in front of the black curtain background cuts the film’s presence off from the vivid world that Hoffmann is attempting to point at. Unlike “Ulterior States” (2015), where the black curtain supported the gritty and underground guerrilla realm that Tomer Kantor explored philosophically, Hoffmann cuts himself off, weakening his own thesis of tying the historical and ideological underpinnings to the present and future reality.

However, despite the shortcomings of the methods, “Bitcoin: The End of Money As We Know It” is undoubtedly an enjoyable documentary that thoroughly explains why bitcoin exists and what questions it poses to the establishment. Most definitely, the concept of a digital, decentralized currency is tearing those questions wide open and the answers being spilled out are deep-seated, long-standing propositions that place a magnifying glass onto the seemingly untouchable financial institutions at the base of modern commerce. What may be uncovered in the philosophical, political, and economic questions could have radical implications for the rest of the 21st century.

At the end of the film, Hoffmann lands with this potent quote:

“I’m sure that in twenty years, there will either be very large Bitcoin transaction volume… or none.”

What do you think about this film? Let us know in the comments below!

Calvin Tran is a film student at New York University.