Bitcoin bulls should buckle up as the cryptocurrency prepares for a rally towards its 2019 high at near $14,000.

The expectations of a $2,000-plus jump come as Bitcoin maintains an inverse correlation with the US dollar since March 2020. Back then, the greenback spiked when the COVID-19 pandemic first struck the financial markets, as investors and companies stockpiled cash to survive the health crisis.

At the same time, Bitcoin crashed by more than 60 percent. 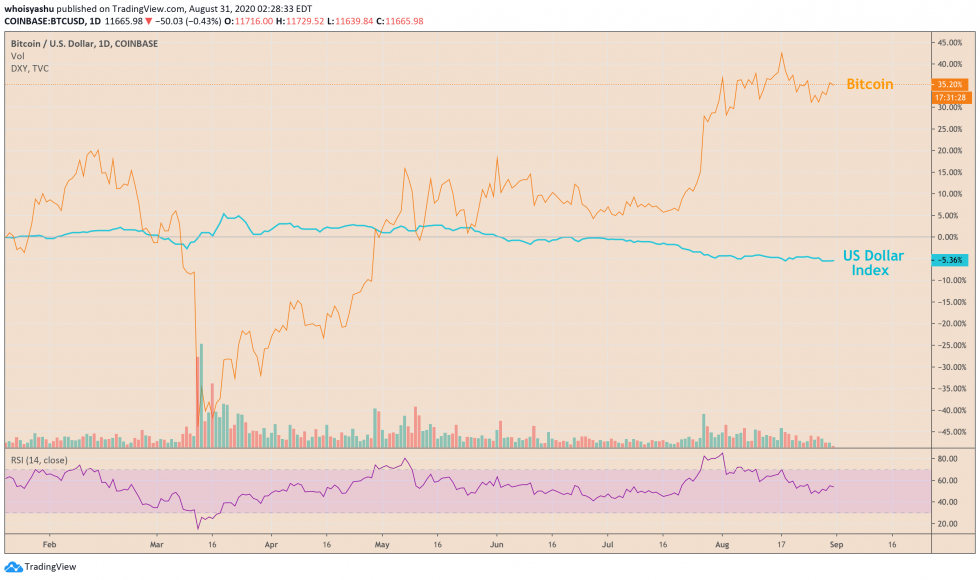 But the bias turned upside down for both the assets after the Federal Reserve committed to purchasing bonds infinitely and slashed interest rates to near-zero. The US dollar index (Symbol: DXY), which measures the greenback against a basket of foreign currencies, lost more than 10 percent of its value after the US central bank’s intervention.

Bitcoin, on the other hand, surged by more than 200 percent. That somewhat confirmed that both the cryptocurrency and the greenback were moving in different directions against the Fed’s monetary support.

A Very Bearish Dollar Ahead

DXY is now poised to register a fourth consecutive monthly drop on Monday. Observers expect the dollar to move lower after taking cues from the Fed chair Jerome Powell’s speech last Thursday. He confirmed the US central bank’s approach to inflation above its 2 percent target.

Investors interpreted the policy as a signal to lower interest rates for a longer timeframe. That led them to seek safety in riskier assets, sending the US stocks and gold higher. As a wannabe safe-haven asset, Bitcoin also inched higher.

“It seems clear to us that we are at the start of a multi-year period of dollar decline, from very elevated levels,” said Societe Generale strategists Kit Juckes and Olivier Korber.

The US dollar’s technicals repeated a similar bearish scenario, with its weekly outlook suggesting the formation of ‘Death Cross.’ 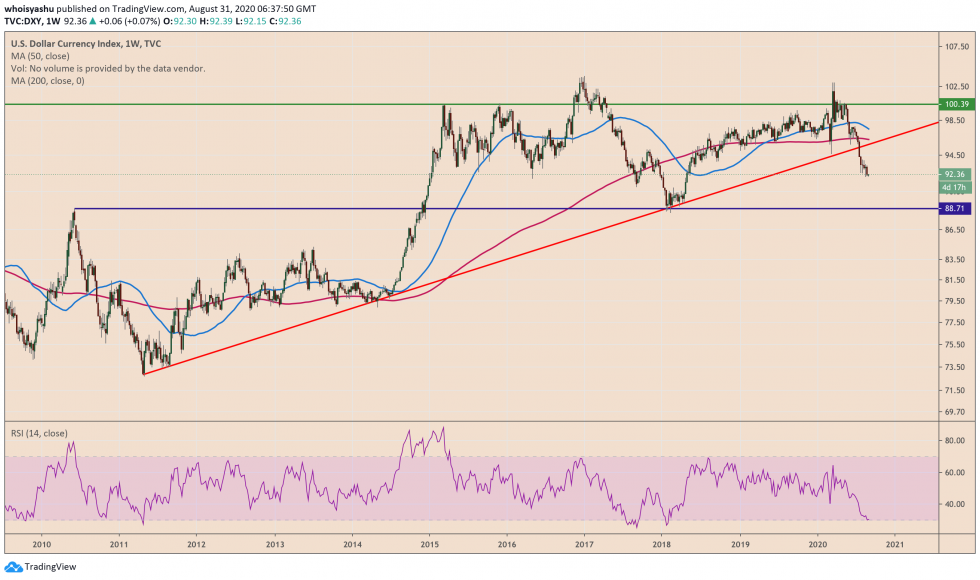 DXY eyes a break towards 88 on an imminent ‘Death Cross’ formation. Source: TradingView.com

The 50-period MA (blue) and 200-period MA (magenta) on DXY’s weekly charts are hinting to form a ‘Death Cross’ in the coming sessions. The likelihood of it happening has increased after DXY broke below its long-term ascending trendline support (red).

The index is now targeting 88.71 as its primary downside target.

A falling US dollar is likely to end up making every quoted asset against it more expensive. That includes foreign currencies, stocks, commodities like gold, and even Bitcoin.

Vinny Lingham, chief executive officer at Civic Key, presented a technically bullish picture for the cryptocurrency to explain its likelihood of hitting $14,000. The venture capitalist said that BTC/USD could “overshoot above $15K,” but would then retrace back to $14K “for a few weeks at least.”

“I doubt this sub-$12k price holds for much longer and $10k represents strong support right now,” he added. 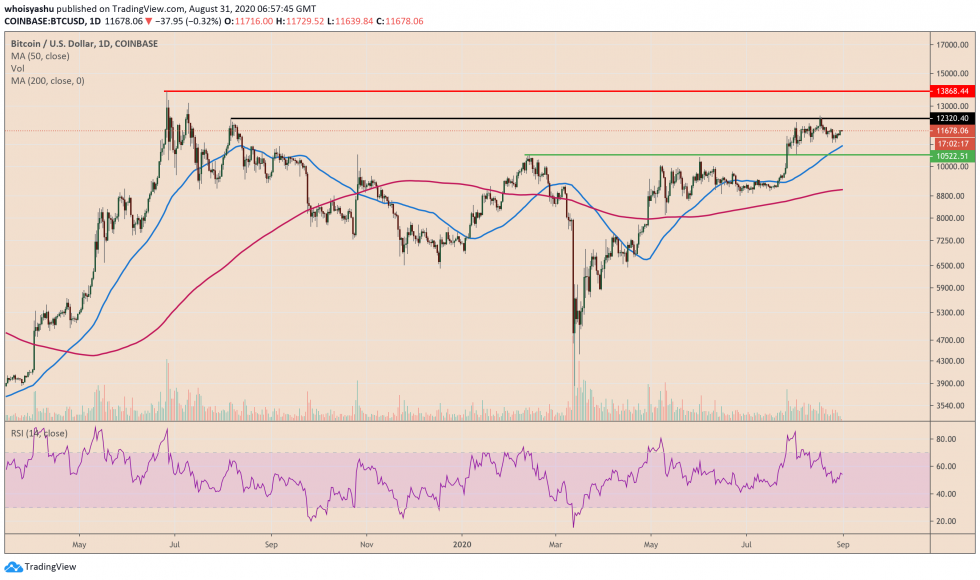 Mr. Lingham has earlier supported the idea of lower interest rates and a weaker US dollar boosting demand for Bitcoin.