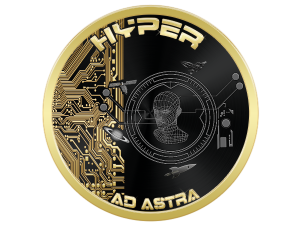 Launched in May 2014 the HYPER development team now spans the globe with members in the US, Europe and Asia with HYPER currently trading on US based cryptocurrency exchange Bittrex. The team is excited to announce a $100 steam game code competition running for 2 weeks that anyone can enter for the chance to win a $100 steam game code for free. HYPER runs many competitions on custom servers where players can win HYPER simply for playing Counter-Strike, Counter-Strike: Global Offensive, Just Cause 2, Assetto Corsa racing, Rust and many more games. As solid additions to the HYPER ecosystem there are also many ways to spend and earn HYPER on the growing network of gaming servers.

Beyond this, the team is also hard at work establishing HYPER core infrastructure such the HYPER Gaming Gateway, at Hypergg.com that is in open Alpha and launching soon. The HYPERGG will bring a professional face to the HYPER network of gaming servers and soon include a HYPER web wallet where anyone can start using HYPER easily and store their HYPER winnings from gaming. Hypergg.com Console gamers will soon be able to enter monthly competitions at http://hypergg.com and win HYPER for playing their favorite Xbox and PS3 games.

With the ever growing network of gaming servers and competitions, team members spanning the globe, ongoing competitions such as the $100 steam game code competition, redesign of many key HYPER portals, and the many cryptocurrency gaming projects under development HYPER truly is the disruptive gaming cryptocurrency.