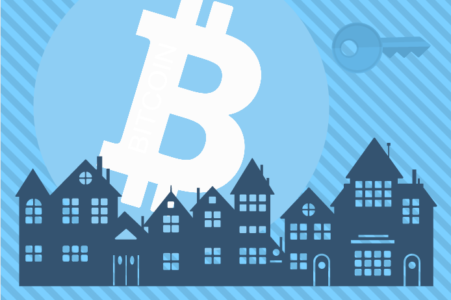 Bitcoin adoption is on the rise. Major industries are starting to realize that this is not something that they can overlook and it’ll go away. So they are now taking the initiative to incorporate crypto payments onto their services. After making the rounds through legal tender acceptance in El Salvador, bitcoin adoption has now headed into New York. This time debuting in the New York real estate market.

A major real estate company in New York City announced that it was selling some of its prime estate properties for bitcoin, and opened up the sale to buyers from all over, including China and Hong Kong.

Magnum Real Estate Group is a company that is based in New York City, USA. The company recently announced the sale of a three-store retail condo space. In a move that is a first for commercial real estate in the country, the company announced that it would be accepting BTC as payments for this property. The company in this move also opened the sale up to buyers from anywhere in the world.

The properties valued at $29 million, if sold for bitcoin, would be the most valuable real estate ever purchased using bitcoin. The sale would be processed by payments processor Bitpay for a 1% transaction fee. And the amount would be paid in the equivalent bitcoin amount at the time of the purchase.

Magnum explains that the buyers of the properties would see immediate cash flow given that these properties were already generating income. And the company sees itself as a pioneer in bitcoin transactions in the industry.

“We are a pioneer in bitcoin transactions and see a path where many more transactions can be done using blockchain.” – Ben Shaoul, Managing Partner, Magnum

Although slow, the real estate market has not been entirely left behind by bitcoin. There have been some popular and not-so-popular real estate deals carried out using crypto. Most notable of this has been the $22.5 million beach home that was purchased in Miami using cryptocurrency. The property is currently the highest real estate sale ever made for cryptocurrency.

The Times also reported that 40-year-old Vineet Budki had bought a home in Dubai using bitcoin. The cryptocurrency miner had purchased the $1 million dollar villa after getting into mining in 2017.