The Bitcoin Market was sent on a rollercoaster this weekend, keeping traders on the edge of their seats. Price was close to breaking the psychological barrier of $300, but fell short at a high of around $298.

Volume exceeded $80 million at one point during the week, and with the market in a bullish mood, optimism stayed high throughout the week. Wall Street influenced this heavily, with the bitcoin swap exchange, BIT, being the first digital currency based company in the US. Blyte Masters also has announced that he will be heading a bitcoin startup in New York as well.

After hitting the peak at those above $298 mark, Bitcoin slowly decreased in price, leveling off in the mid $280’s. Equating to a 5% decline in value compared to peak, Bitcoin had still maintained momentum from when it first started this week, finishing this week with a 4.41% net gain.

Current volume is around $11.7 million, and current pattern seems to be still bullish. Market looks like it would like to continue to retest $290 and $300 barriers, respectively. Bitcoin is close to mining its 14th million Bitcoin, which only leaves 1/3 of Bitcoins total supply to be mined.

Bitcoin is also expected to go through a block halving either later this year or early 2016, which should only spike price.

The increasing scarcity from now until then should help maintain momentum of Bitcoins price, and possibly approach a price where it becomes feasible for home miners to run their ASICs once again. 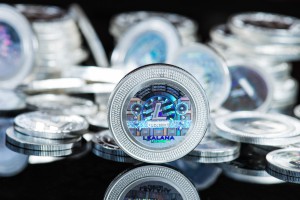 of ASICs, LTCGear seems to be in operational status once again. After our article on the topic, LTCGear was in a maintenance status for quite some time. While there has been no word on people receiving payment yet, interest in Litecoin has surged back.

This can be seen by the price returning to above $2 and volume breaking past $1 million. Like Bitcoin, it is also slowly crawling up with a 1.5% gain just today. If LTCGear continues to perform and returns to become the golden standard in cloud mining in terms of ROI, Litecoin interest will return.

Darkcoin has followed suit in similar market patterns when compared to the two previously discussed. Spiking at around .012 BTC, Darkcoin has leveled off and is maintaining a price that is above the $3.

Overall, cryptocurrency market feels healthier than ever before. It’s been quite some time since Bitcoin has had a bullish mood and maintained it, with most spikes in price in the last year and part of this year being just a way for traders to get an extra buck through shorting.

Are you bullish for Bitcoin? Where do you think Bitcoin is headed? Let us know in the comments below!